Bohemian Rhapsody At The Movies... 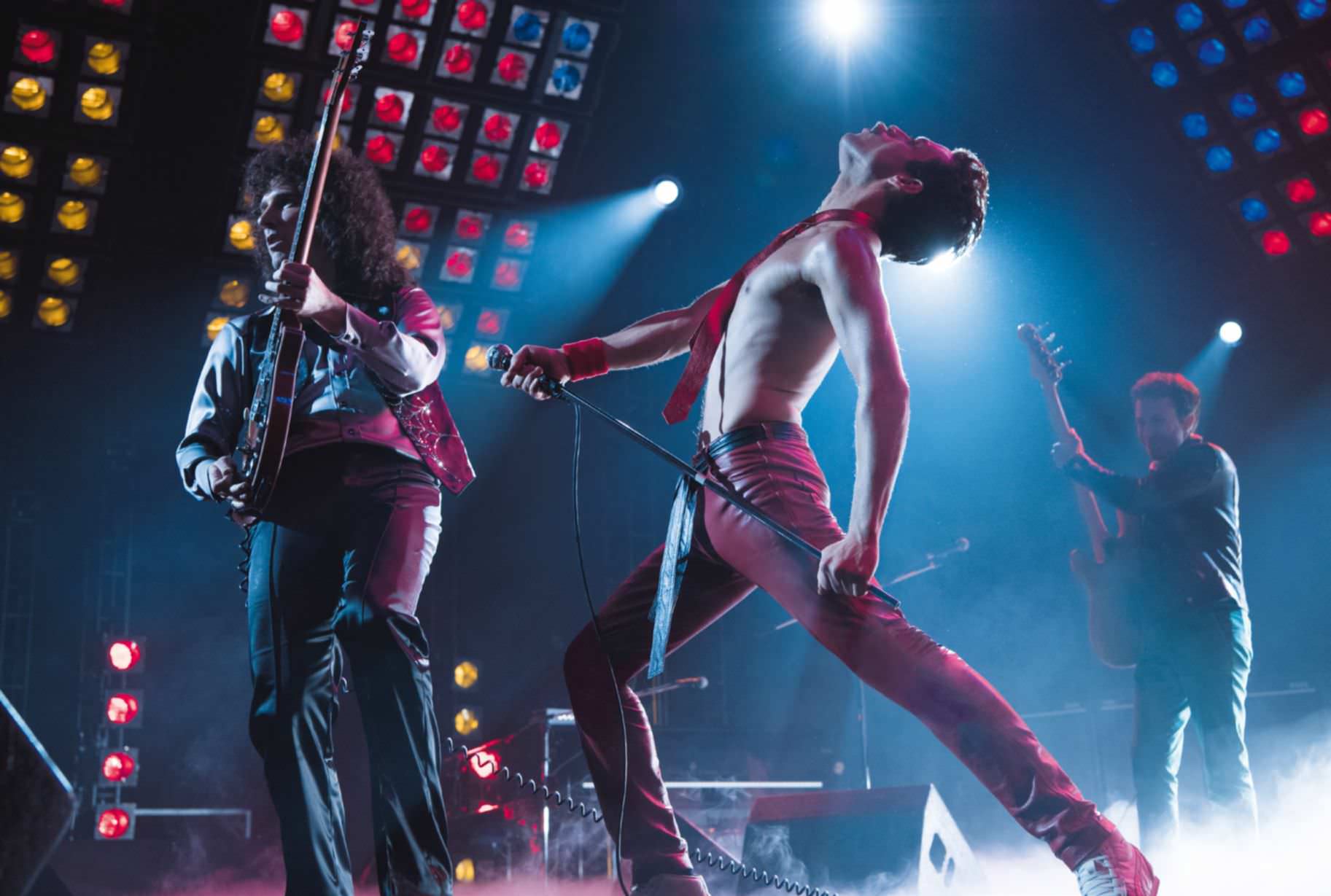 James Mottram
We’re a family,” says Brian May, Queen’s big-haired guitar hero, in Bohemian Rhapsody. Who would’ve guessed that meant family-friendly? One of Britain’s biggestever bands, Queen finally gets a toned-down 12A biopic, which may well come as a surprise to those expecting scenes of hardcore partying the band was famed for in its ’70s heyday. Instead, the guys enjoy tea and cake, celebrating lead singer Freddie Mercury’s birthday at his parents’ house.

The film is similarly tentative about Mercury’s sexuality; there’s the odd montage of him gliding through leather bars, and a few suggestive glances towards men at truck stops. What the film does – and does well – is pay tribute to the singer’s exuberant stage presence. It’s a stupendous performance by Rami Malek, the Mr Robot star capturing Freddie’s harlequin-suited swagger with Oscar-worthy skill.