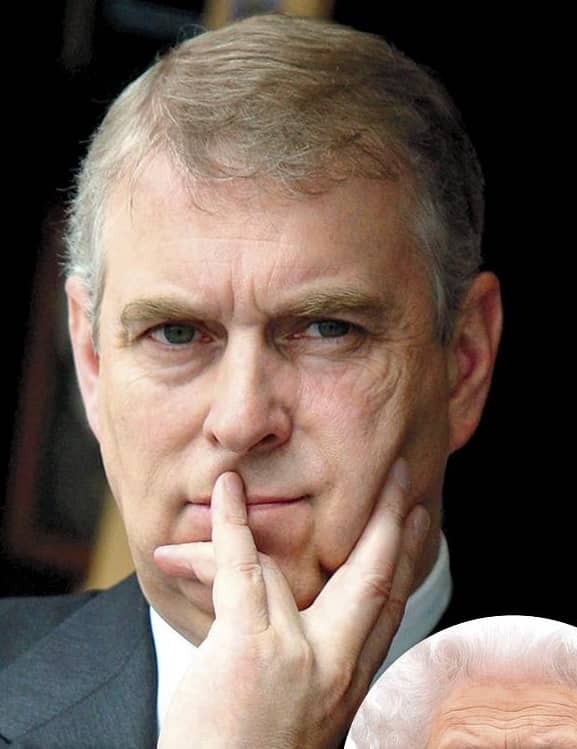 The feds want to know about Andrew’s years-long intimate friendship with the convicted creep, who died after being found unresponsive in his Manhattan prison cell on Aug. 10 while awaiting trial on new sex trafficking charges.

“They’re determined to find out if Epstein bribed the British blue blood to use their influence to help him cheat justice after his first arrest in 2008 for sexually abusing underage girls,” reveals a high-level royal source, who asked not to be named.

“Somehow Epstein managed to broker a slap-on-the-wrist sentence in a sweetheart deal that buried the names of other rich and powerful players in his perverted sex ring.

“Of course, one of those names is Prince Andrew.”

Despite being caught in the scandal after one of Epstein’s underage slaves, Virginia Roberts, claimed she had sex with Andrew three times, the royal, 59, refused to dump the disgraced financier after he got out of prison the first time!