Kelly's Gone Gaga For The Grape! 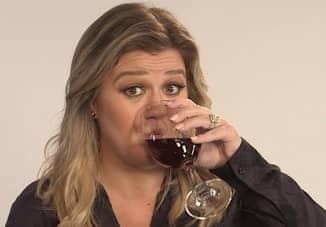 Kelly Clarkson’s behind - the - scene s boozing has friends and co-workers fearing it could develop into a serious health crisis!

Sources say her hooch of choice is wine — and the 37-year-old mother of two orders it by the case!

“Kelly’s been reaching for wine at the end of a hard day as a way to unwind,” snitches an insider.

“Trouble is, she’s knocking back a fair amount and it’s not a good recipe when she’s got so much on her plate with her new talk show, the kids and her coaching duties on The Voice.

“Kelly doesn’t see anything wrong with a glass or two of wine or even a little bubbly to release the day’s tension, but it’s becoming a habit and people are worried.”