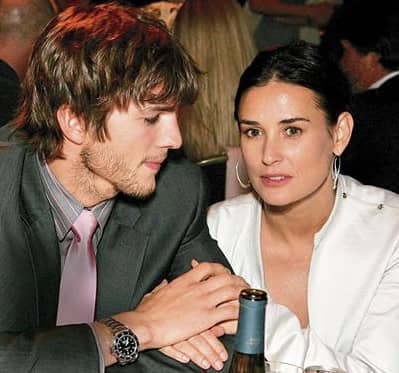 Demi Moore has revealed a late-term miscarriage while dating Ashton Kutcher — and blames it on her heavy boozing!

In her blockbuster new memoir, Inside Out, the actress tells how the couple had already decided the baby, a girl, would be named Chaplin Ray.

But the About Last Night star, already the mother of three daughters with ex-hubby Bruce Willis, lost the child six months into her pregnancy.

It wasn’t just alcohol, however, that clouded her life — Demi also admits to using copious amounts of cocaine and painkillers during her roller-coaster career!

She recalls her first brush with substance abuse at age 12 — when she saved her suicidal mom, Virginia, from overdosing on pills!