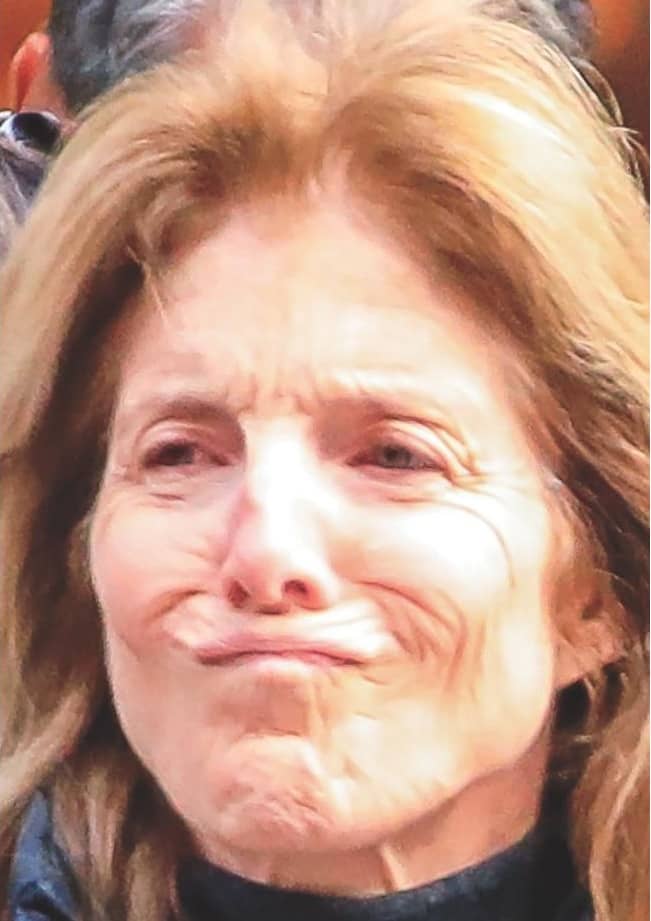 Caroline Kennedy’s body is wracked with pain by an incurable crippling disease that’s turned her every movement into torture!

The last surviving child of assassinated President John F. Kennedy and his wife, Jackie, has been battling rheumatoid arthritis since 1999 when she was diagnosed following a Colorado camping trip.

But the autoimmune disease that savages joints like the knees, fingers, hips and lower back are now on a merciless rampage.

“As time has progressed, the pain has gotten worse,” says a source. “It can be sheer agony!”