On The Wings Of Romance 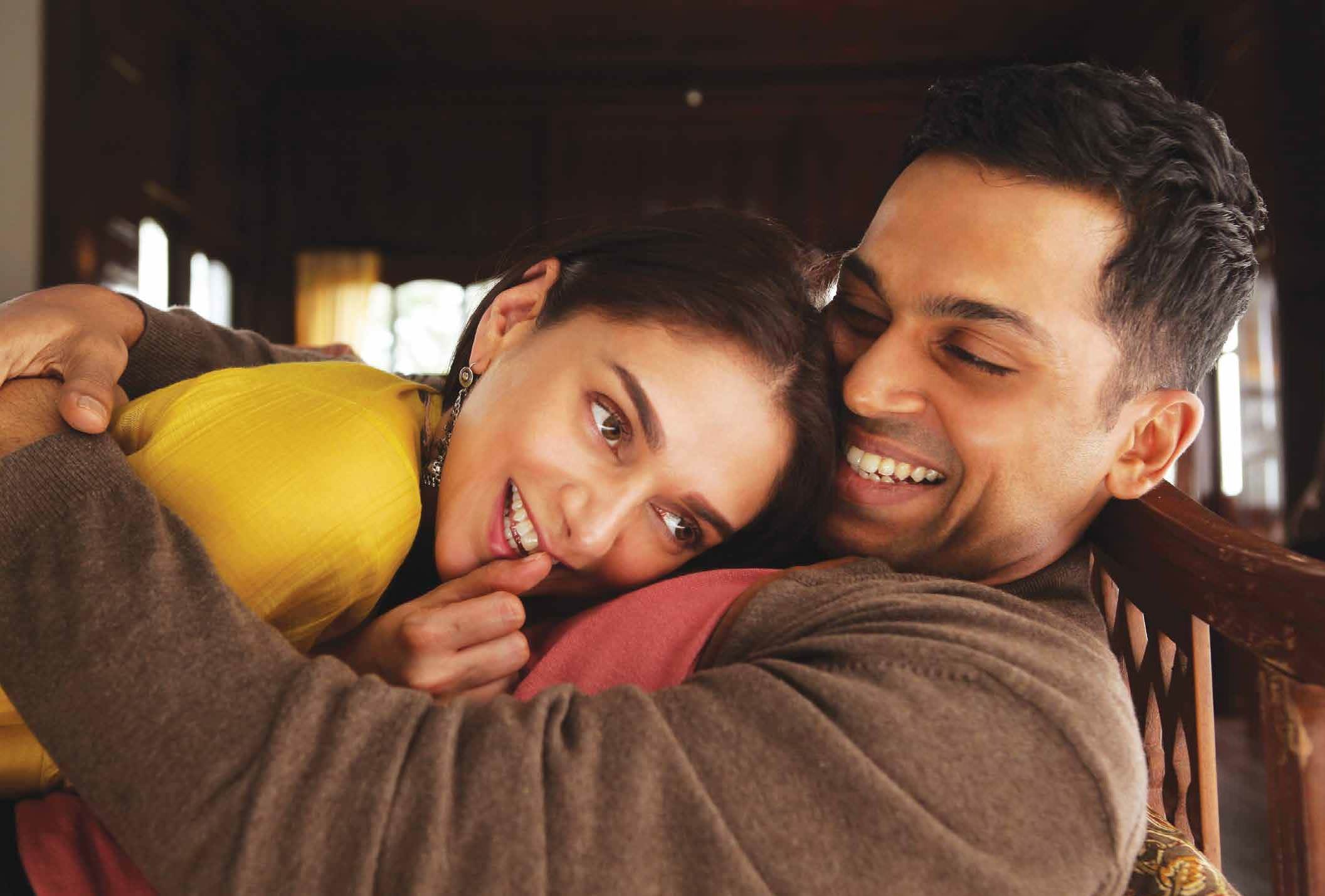 KAANCHAN PRASHANTH caught up with some of the KV cast and crew, for a sneak peek into the movie. Snippets from those conversations...

Few directors have managed to weave love stories as poignant as Mani Ratnam. He somehow manages to create characters that are relatable as they are admirable. The romantic inclinings of even his macho heroes have always warmed our hearts. The shades of grey that he infuses into them, make them real and hence easier to empathize with. When you feel their fall, you celebrate their rise. And even after the curtains fall, and your well on your way home, you’ve got a little piece of Mani Ratnam tucked away into your soul. Dip it in a dose of AR Rahman, and you’ve got a piece of heaven right there! Coming from yet another union of these two brilliant dream-weavers, KAATRU VELIYIDAI has all the markings of Cupid’s arrow dipped in the most potent love potion and aimed at all of our hearts! The movie is produced by MADRAS TALKIES and presented by SRI THENANDAL FILMS. 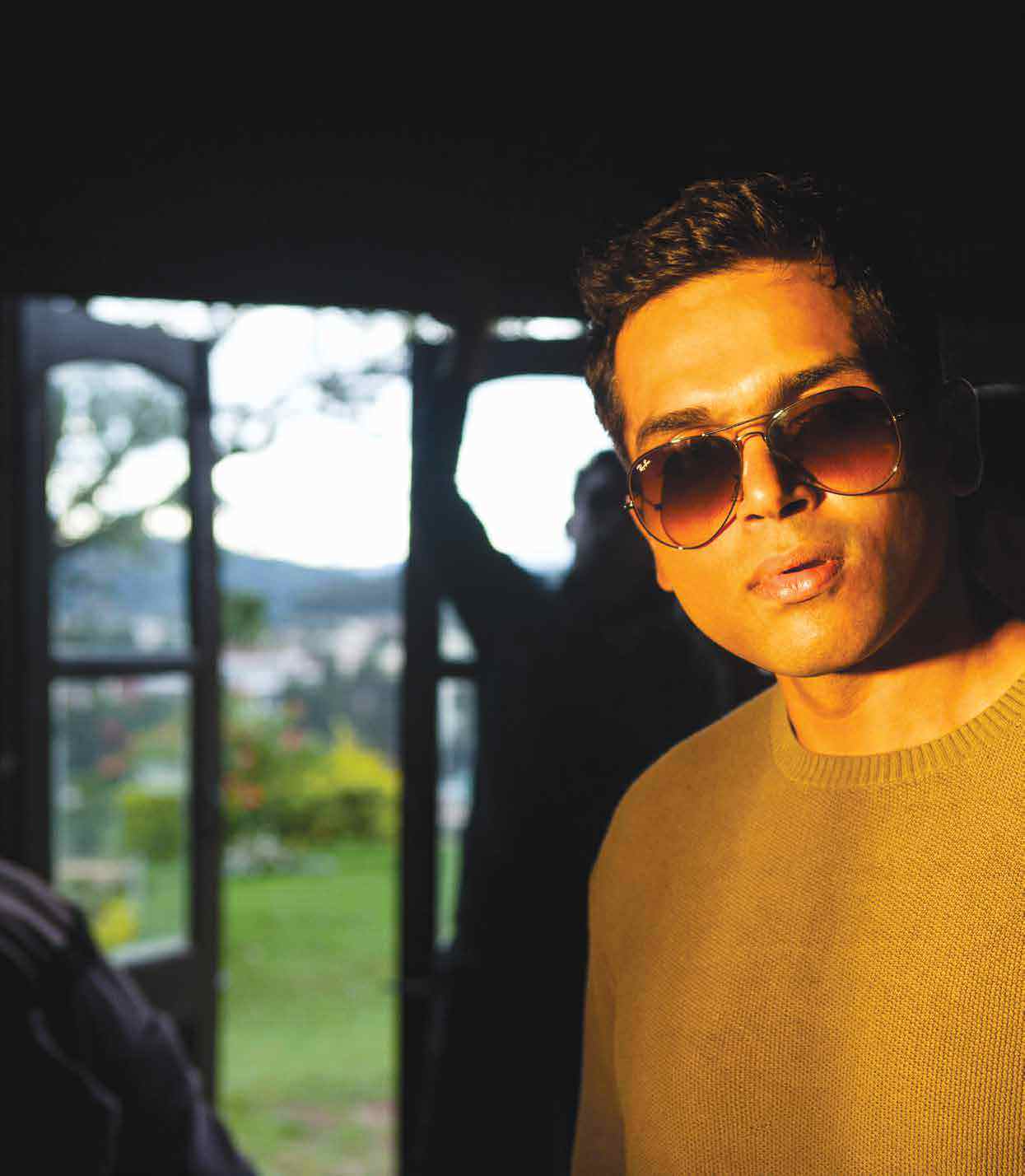 For most actors starring in a Mani Ratnam movie is a validation that they are good actors. For the audience it is a message that the actor is now officially in the big league! With Karthi however, it’s a different story. He began his journey in cinema, working as an associate director to Mani Ratnam. Learning the ropes from the master craftsman himself. But it’s taken him a good ten years to get called back to the sets and that too as the lead player. And while you get the sense that Karthi stepped in front of the camera everyday hoping to floor his Guru, the sense of pride and celebration in his voice is unmistakable.

GC: What does being cast in a Mani Ratnam film mean to you?

KARTHI: When I decided I wanted to learn the art of movie making, I felt I did not have the time to go to a film school. I had to learn it from the best man on the job and my only option was Mani Ratnam. I was fortunate enough to get a spot on his team. Everything I learned about cinema, was what I learned in those two years while working with him. From getting used to the ambience of a movie set, to learning what each and every tech team was doing, I learned it all. And then I became an actor! So now returning to his set as an actor makes me feel good, because I know for a fact that he doesn’t cast just about anybody in his movies. He picks actors that he is confident in. 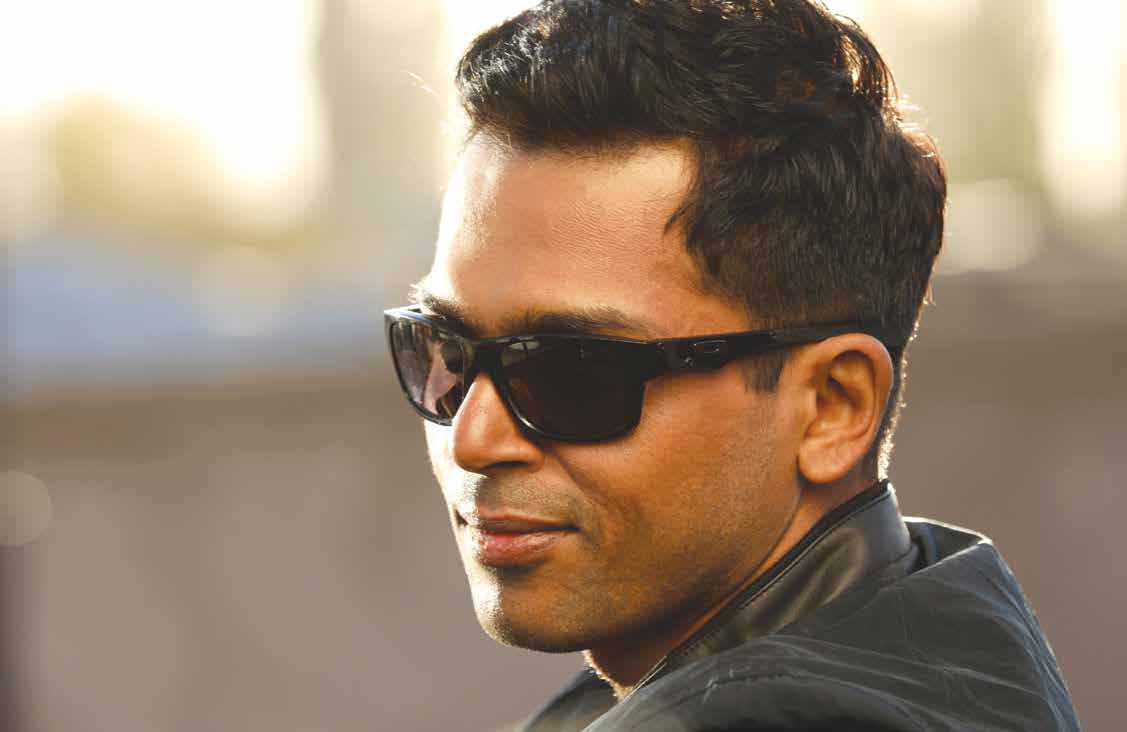 GC: And how confident were you when he described the character to you?

KARTHI: I was not sure if I could do it. From the look to the personality, everything was so new and so unlike anything I have ever done. He told me that I had to completely transform myself to become this role. He had thrown me a challenge from day one. And if the physical transformation was not enough, there was also understanding the character that he had created. I play a fighter pilot. And Mani sir has imagined the character’s personality in a certain way based on the uncertainty of his job. It’s quite complex and I did not understand it immediately. So from start to end, it was a big challenge for me.

GC: Was it a bigger challenge starting your career in the unkempt Paruthiveeran look or now going clean shaven for Kaatru Veliyidai?

KARTHI: At the time of Paruthiveeran, I had just returned from the US. So it was quite difficult to see me in that role but with the guidance of director Ameer, I pulled it off. It’s been ten years since that and I have gained in confidence. So I knew it was just a matter of time before I understood and adapted to play this fighter pilot. The look was entirely decided by Mani sir. The moment he said the moustache had to go, I was very scared! He assured me, that if it didn’t work I could grow it back. But when I saw myself without the moustache I thought, “Not bad!” And that was not the difficult part of the transformation! I had to get fit. And so the work began. Besides I also watched films based on fighter pilots, I interacted with a few too. I even took flying lessons. I had to go to the set with some sort of preparation. 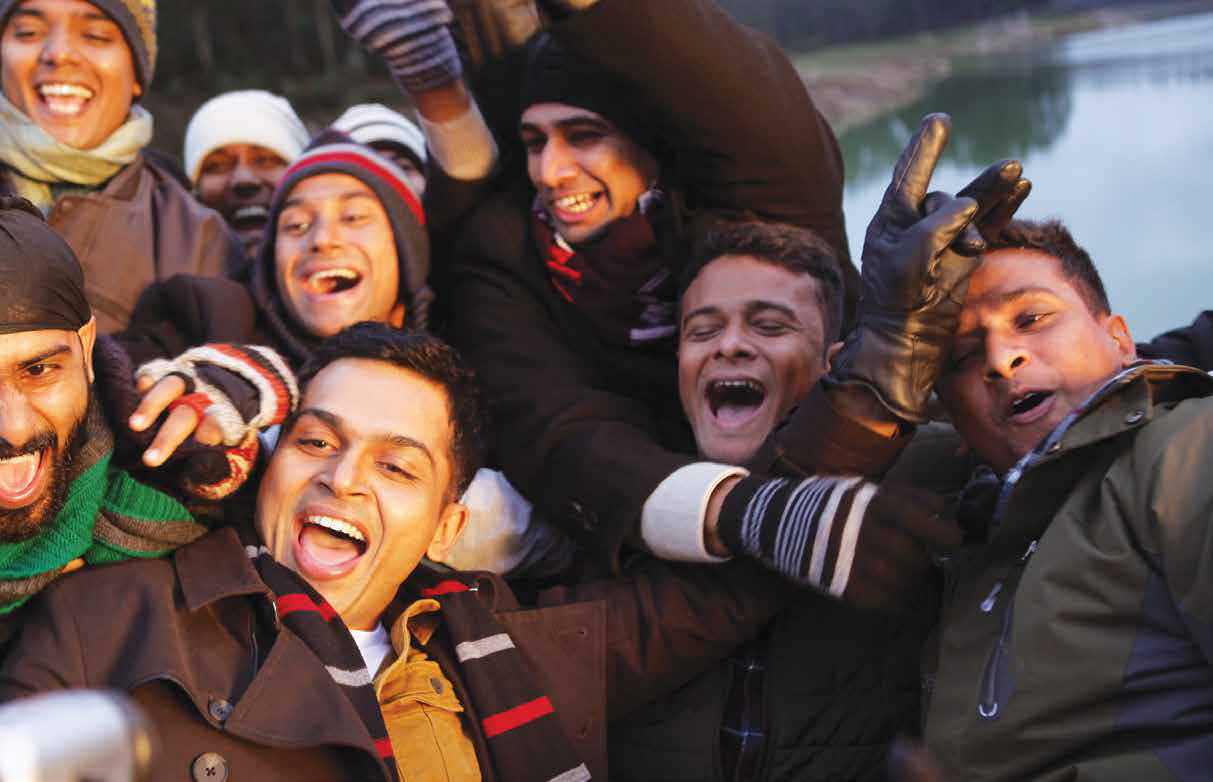 GC: From the glimpses of the movie that we get through the trailers and songs, KAATRU VELIYIDAI seems like an emotional tale. How much of baggage was that to carry?

KARTHI: I’ve been doing this long enough to know how to switch on and switch off the character. I don’t carry anything home once the shoot is wrapped up and I definitely don’t carry forward anything into my next movie. It’s a part you play. You play it to your best ability. Mani sir’s guidance helps you deliver on target. Before each shot, he gives you a few tips that will just boost you performance. You just do it right and then move on. If I carried any baggage beyond the set, I’d go mad!

GC: Most part of the movie was shot in extreme cold weather. How much of a strain was that?

KARTHI: When you are told it’s a love story set in and around Kashmir, you know you cannot escape the cold! But each schedule was made in such a way that we would be shooting for 15 – 20 days at a stretch. This means we got to spend lots of time as the character without taking breaks. So I was always in touch with the character and the story. However, there was a two month break in between and when I returned to KV, Mani sir was worried that I had forgotten the role! But I assured him I would slide back into the role right away. 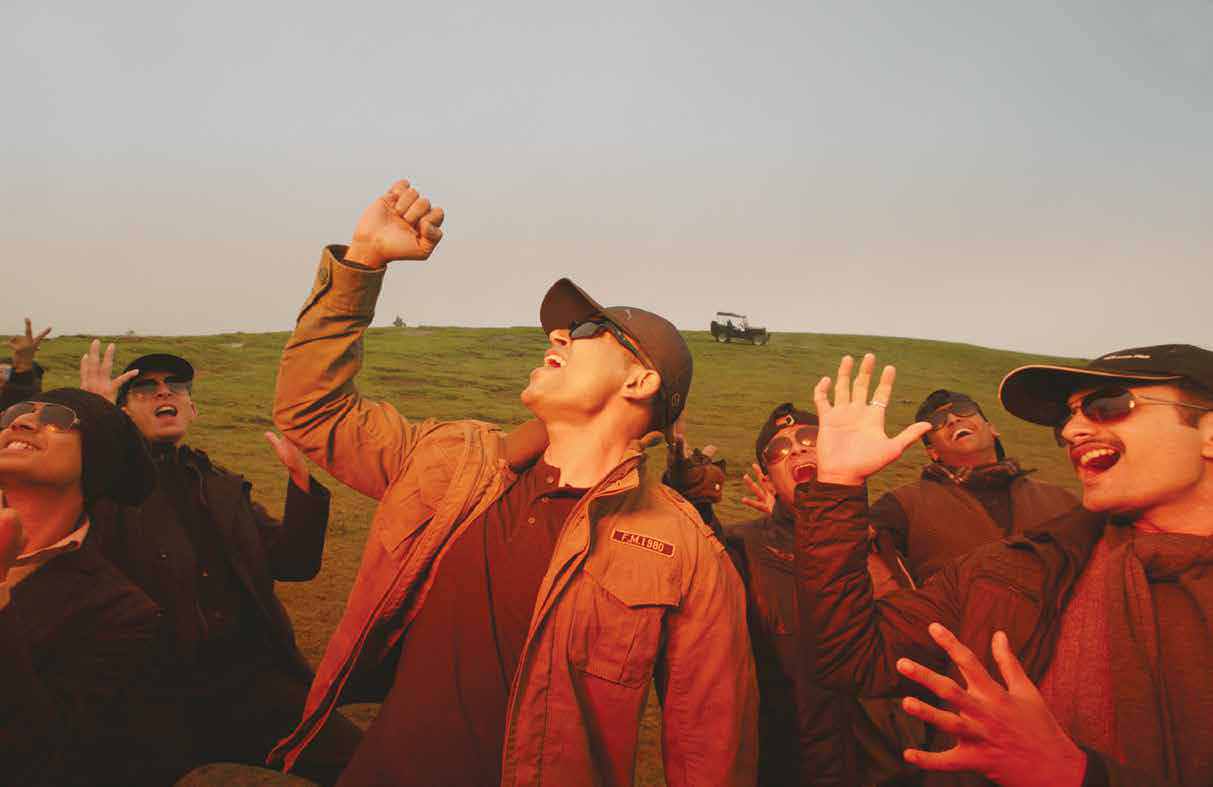