Come On, Join The Joyride! 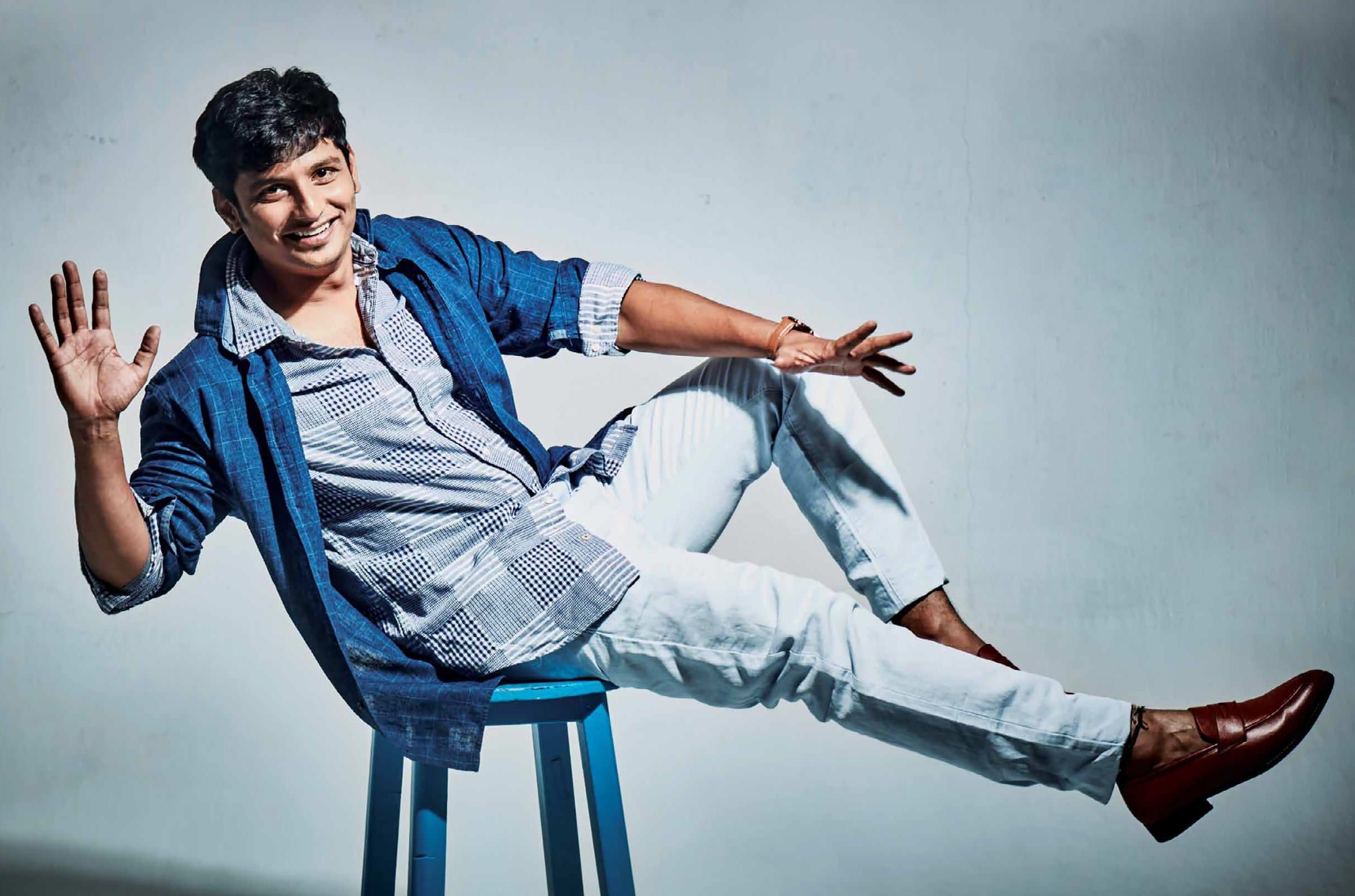 As Galatta Cinema turns ten years old, KAANCHAN PRASHANTH catches up with one of the stars who has always shined only his brightest light upon us - JIIVA.

When we shot Jiiva for the first time many years ago, he was this sweet, good-natured young star in the biz, with a general aura of niceness that made us warm up to him immediately. His stardom has grown manifold, but his feet remain firmly set on the ground. The same genial smile. The same polite demeanour. The same courteous disposition. We have watched the way he has grown, taking the not-so predictable route. It’s not always been easy, but that didn’t deter him from his endeavour to push the envelope any chance he got, without being quickly labelled and sidelined. From the anti-social son, to the heartbroken sociopath, to the hilarious comedy star to, the regular mass hero and the not-so regular super hero: Jiiva has picked a whole array of characters. And now he’s landed himself in a haunted house thanks to debutant director IKE. Let’s find out more...

GC: THE HORROR COMEDY IS THE MOST LOVED GENRE RIGHT NOW. WITH SANGILI BUNGILI KADHAVA THORAE WERE YOU GOING WITH THE FLOW?

JIIVA: Yes, there is an element of horror in the movie. But in essence, it is a family entertainer. Sangili Bungili Kadhava Thorae is the kind of movie that is for everyone in the audience. The scares are not so scary that you can’t bring your kids. It’s not a “kiddies” film alone, either. It’s wholesome entertainment for the entire family. Although there have been a few films in this genre, this is my first attempt at it. Plus it is director Ike’s first movie too. Which is why I believed that we would bring a certain amount of new-ness and freshness. The response to the movie has been amazing, so I guess it was a good risk! 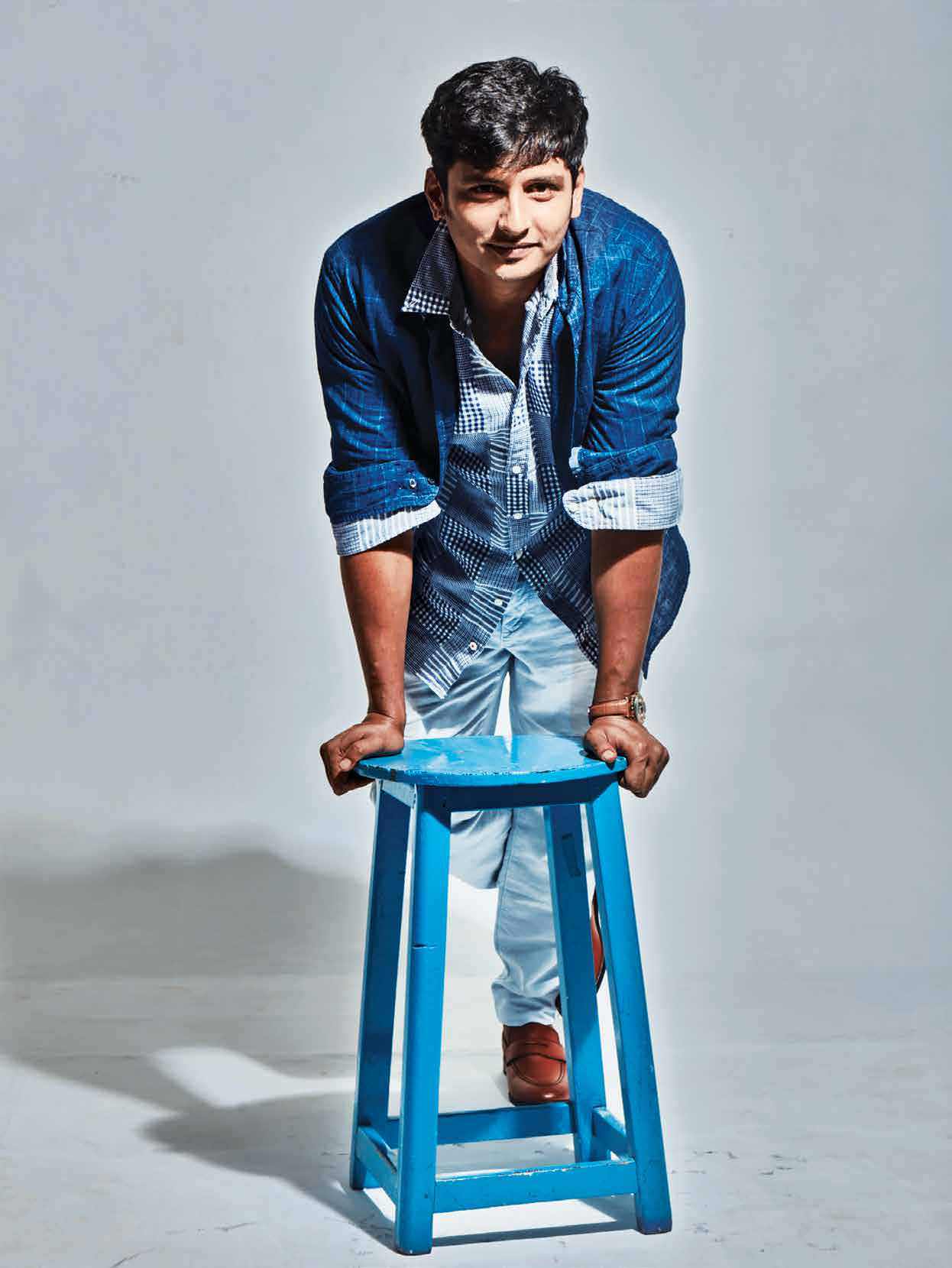 GC: YOUR RELATIONSHIP WITH IKE GOES BEFORE AND BEYOND SBKT?

JIIVA: I was good friends with Ike’s wife Tania and through her I got acquainted with him. I think the first time I met him was at Yuvan shankar Raja’s concert in Malaysia. Over the years we had discussed a lot of ideas. It so happened that when I met Atlee, he mentioned to me that he was going to produce a horror comedy and when I learned it was to be directed by Ike, I was only too happy to get on board. 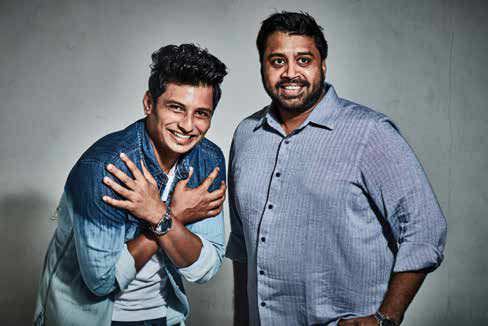 GC: YOU HAVE ACTED IN MORE THAN THIRTY FILMS. THIS IS IKE’S FIRST...

JIIVA: It may be his first as a director, but cinema is not new to him. He comes from a family of big stars and he has himself worked with veterans like Kamal Haasan and director Priyadharshan. Furthermore, he brought a whole battalion of seasoned actors to work in SBKT. So 30 films may sound like a reasonably big number, but when you have co-stars like Radharavi and Radikaa Sarathkumar who have acted in hundreds of films, you are bound to feel those butterflies anyway! I was nervous, in fact. But of course, they went of out their way to put me at ease. 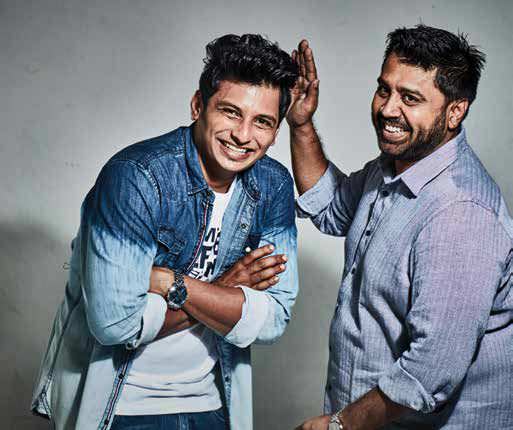 GC: WITH ALL THIS EXPERIENCE AND WISDOM GAINED OVER THE YEARS, DID YOU HAVE ANY ADVICE FOR YOUR DEBUT DIRECTOR?