What Made Randeep Hooda's Jaw Drop! 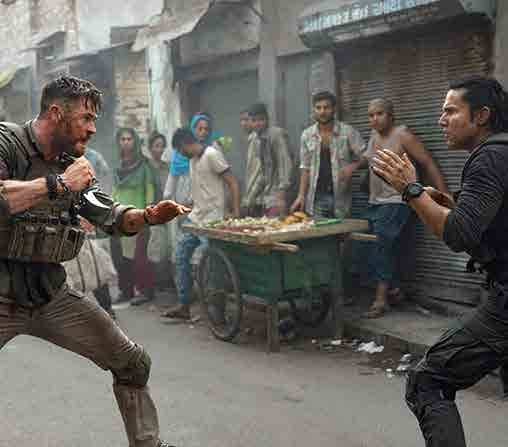 How did you come on board on Extraction?

I was busy doing a film with Rajkumar Santoshi, where I had a long beard and hair. But I realised it was not going to happen.

Around that time, I got a call from the casting director of his film to audition.

After much humming and hawing, I went for it.

It was an audition on an iPhone camera in Aram Nagar (Versova, northwest Mumbai) and I got selected.

Then I spoke to (director) Sam Hargrave on video call. He is a wonderful guy, great director.

The conversations started about each other, our favourite films, genres, Westerns…

We went to talk about Sergio (Leone) to Akira (Kurosawa)…

That’s how the journey started.

I went to the shoot three weeks prior to when it would actually start.

I asked them why was I coming so early, and they said, some rehearsals.

Then they showed what I was going to be doing in the film and my jaw dropped!

The training started with guns, knife fights, the basics first — how to use a gun, how to throw a punch, how to react to a punch…