‘I WAS UPSET ABOUT NOTEBOOK'S BOX OFFICE NUMBERS' 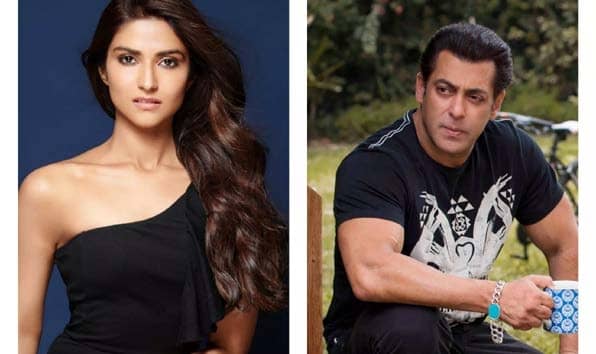 ‘Nobody thought Maine Pyar Kiya would become a cult movie and that the industry would get such a handsome villain.’

‘When have you seen a villain in Bollywood who smiles throughout the film?’

Pranutan made a splash with her debut film, Notebook, produced by her mentor, Salman Khan. Unfortunately, it bombed at the box office, upsetting the young debutante’s career plans.

The film, co-starring Zaheer Iqbal, will release on Amazon Prime on May 25, and Pranutan wants to make sure everyone watches it this time.

She draws a lot of strength from her father Mohnish Bahl’s career in the movies and tells, “My father told me he gave up on his acting career because of six back-to-back flops and went to America to become a pilot. But he came back because he was friends with Salman sir before they became actors. Salman sir suggested he sign up for Maine Pyar Kiya.”

How is life after Notebook?

I’m soaking in all the positivity that I have been receiving till date, especially for my performance.

It’s amazing to hear that as a debutante.

On the other hand, I’m getting back to my dance classes, gym, diet... which had gone haywire due to hectic promotions of the film.

I am heading back to my routine life.

How did your parents, Mohnish and Aarti Bahl, react to the film?

They were very emotional, proud and happy, and that made me happy.

My father was (with us) in Kashmir during the shoot and he saw a couple of my scenes on the monitor.

He told me I was good and that meant a lot to me.

When he saw the first cut, he was very impressed with our performances.

My mother was also very emotional.

When I won Dadasaheb Phalke award, she was in tears.

My father was in tears at the trailer launch of Notebook.

How did Salman Khan react to the film?

Salman sir was very happy with my performance.

I still remember that (co-producer) Ashwin sir had called me and said that Bhai (Salman Khan) saw the film and appreciated my work in front of him, saying that this girl has taken the film to another level.

That’s so good to hear.

But Salman sir will never tell me that to my face because that’s how his nature is. He likes to keep us grounded.

He also told my father that I was very good and focused.

What’s the best compliment you got?

I read an article when the song Laila released, which said Pranutan’s expressions remind us of Nutanji’s presence.