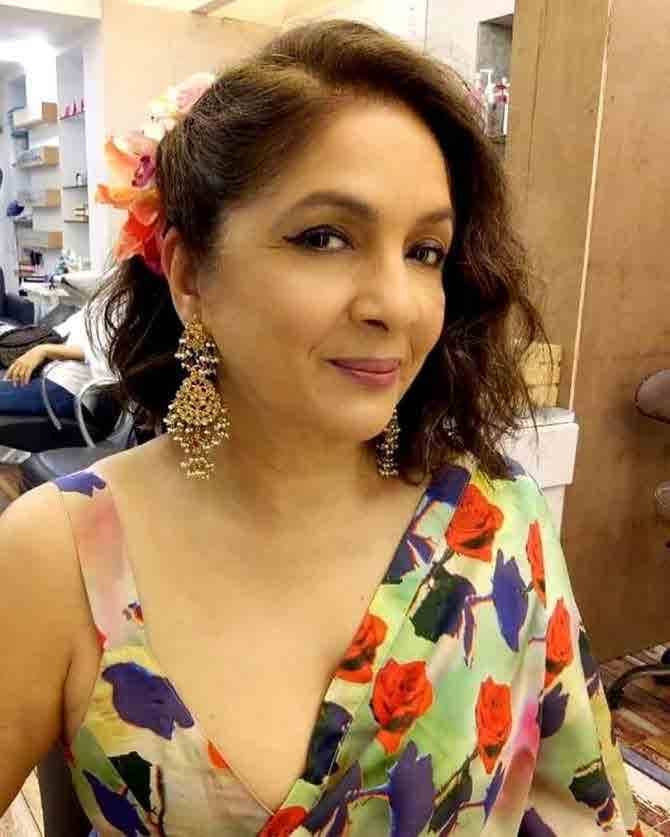 ‘...changed my image, changed everything.’ ‘Now I make calls with great confidence.’ ‘Day before yesterday, I sent a message to a director that I heard you are making a film, is there any role for me?’ ‘I have confidence now. Earlier, I could never do.’

Neena Gupta has always been candid, and she remains so in a revealing chat with Neha Dhupia in the fifth season of her chat show, No Filter With Neha.

From discovering love at 50 to talking about why she always fails in her auditions, the actress doesn’t hold back at all.

On how she spent the lockdown

To tell you frankly, this has been the best four-and-a-half months of my life.

Beautiful place, lovely house, my own house so comfortable, staff, driver, no restriction, sit out, walk out because it’s a gated thing and everybody inside is already quarantined for four months.

So we could meet them, we could eat with them, I could walk with them, so I found a new family and this is the first time, me and my husband stayed together for like four months.

Otherwise, he lives in Delhi, I live in Bombay.

So this was the first time I enjoyed being with somebody in the same house, although he was busy, I was busy.

On teething problems with her husband during the lockdown

I’ve learned sign language because he is always busy on his conference calls.

The adjustment took some time, but it was very interesting that I let him be, he kind of tried to let me be, but he had no alternative.

In any case, he didn’t have time to interfere in my life so it was fine, but whenever he got time, then he interfered which I decided I will not interfere.

On feeling out of place on a film set

I was doing Shubh Mangal Zyada Saavdhan and my first day of shoot, I had this dialogue and I was saying realistically and talking to like that.

So our director Hitesh, he called me aside and he said, ‘No, iska surr itna ocha hona chahiye. Oonche se shuru karna chahiye.’

Toh mene kaha, but why?

Then he explained me the reason. I understood the reason because I am talking to somebody who is in a place on phone jaha bohot shorr he. Toh shorr wali jagah agar app bhi bolenge toh ooncha bolenge na, which I understood the logic.

I understood the whole film, so I read the script again, I understood that this film is going to be like this. It is not Badhaai Ho, you know what I mean.

Even if I had not understood, like there was a series called Srimaan Srimati, bohot pehle. Archana Puran Singh was pregnant, so they took me for some time.