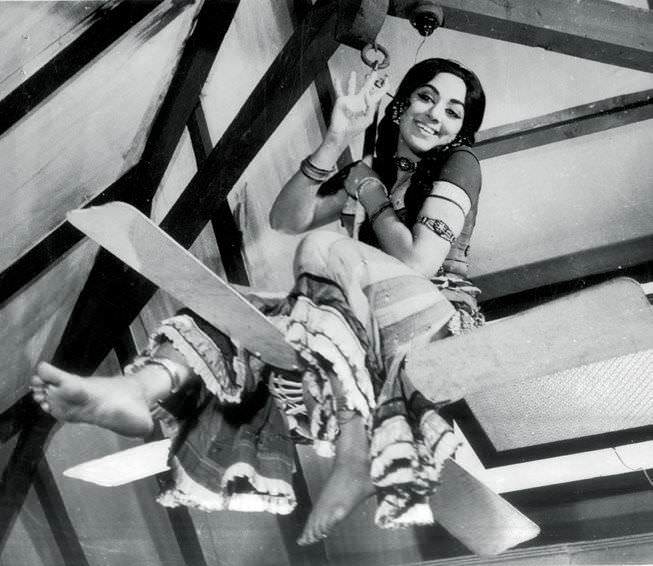 Bollywood has recently been fascinated with biopics on sporting legends. But much of the on-screen action is thanks to smart camera angles and editing. Here are a few rare moments when it actually got real.

This is probably something you have seen but not noticed. In Seeta Aur Geeta (1972), Hema Malini’s Geeta (a runaway street acrobat) takes on the evil Ranjeet with a ping-pong racket. What is actually spell-binding is the number of times she bounces the ball on it, without dropping it even once, all the while mouthing fiery dialogues, walking around Ranjeet, eyes flashing anger and loathing. At last count, she had bounced the ball 17 times at a stretch.

And then, of course, there was that entirely fake roller-skating with Sanjeev Kapoor in ‘Hawa ke saath saath’.

But let’s focus on the better things, like the time she was actually sitting on a ceiling fan.