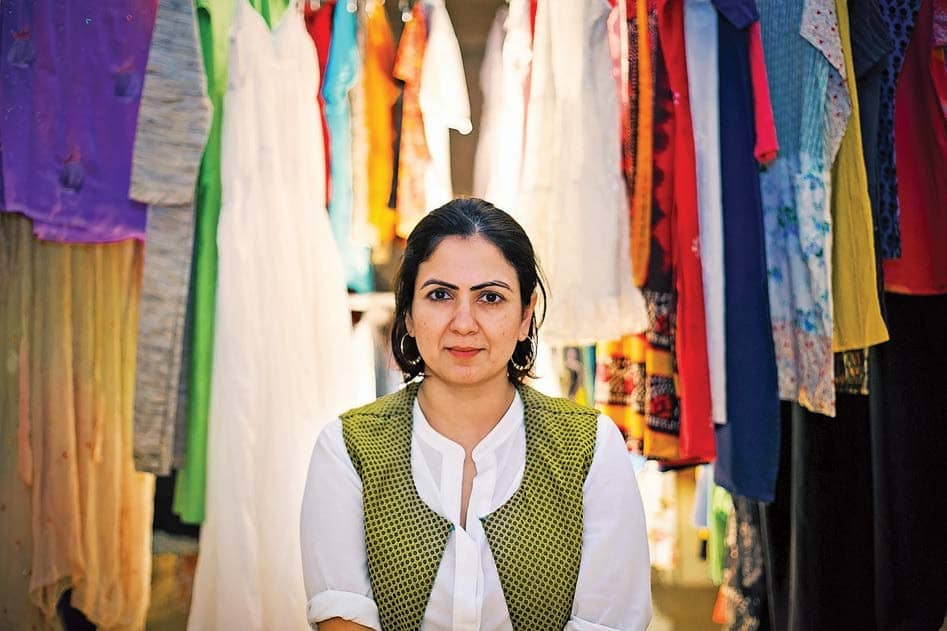 Artist Jasmeen Patheja has been at the forefront of the fight against street harassment globally. She speaks to Hemchhaya De about how and why she initiated the Blank Noise movement

Artist Jasmeen Patheja, 40, is elated that her organisation, Blank Noise, has just won this year’s Visible Award, a prestigious global award devoted to artwork in the social sphere. Over the past 16 years, Blank Noise, a global community of Action Sheroes/Heroes/ Theyroes, has been leading the discussion on street harassment through several movements. Take Meet To Sleep for example. It has been an annual affair since 2014, and is held on December 16 every year in memory of Jyoti Singh (Nirbhaya). It invites women, girls, men, and individuals beyond the gender binary to sleep in the open, asserting “the right to live defenceless”. Then there’s I Never Ask For It, launched in 2013, an ongoing project that aims to end victim blame. Over to Patheja.

You studied at Bangalore’s Shristi Institute of Art Design and Technology. How did it prepare you for Blank Noise?

I studied fine arts at Srishti. Blank Noise started as a grad project. My teacher, Ravindra Gutta, was instrumental in introducing me to the feminist art practice, a socially engaged art practice from the 1970s. I was also interested in the idea of art as that which heals, protests, and is built by a public or community. Additionally, I got the opportunity to be part of a year-long lab (project) at Srishti, called Communication for Social Change. Led by Geetha Narayanan, founder-director of Srishti, it took art and design students through understanding the complexity of social issues and allowing us to imagine ways of collaborating with stakeholders to make social change. It introduced concepts and offered tools to become artists as one who facilitates change. Between 2013 and today, I have been an artist-in-residence at Srishti.

Why did you choose street harassment as your focus?