“People Love Insults When They're Not On Them” 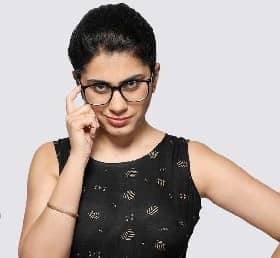 There’s no ambiguity that her favourite topics to write jokes on are the tragedies of her life. Standup comic Prashasti Singh gets candid with Shraddha Kamdar on why it works with the audiences

It seems she simply has to go up on stage, talk about the tragedies of her life, and she’ll have the audience in splits. Or she makes it look as easy as that. No, I am not joking, she has pulled it off multiple times in her new career as a standup comic, where the jokes are centred around her parents, her job, her love life, or the lack of it. In one of her acts, she says that since childhood she had a feeling that her father was the superhero, and, her mother, his clumsy sidekick.

For engineer-turned-standup comic Prashasti Singh, her new-found craft is all about being honest, and talking of things that she as experienced in life. The idea has worked well, it’s what clicks with the audiences and she feels it is her USP. Even if she has to comment on social situations or her workplace gender equations, the best way for her is to make it self-deprecating. “That way, I become the mirror of the society, I become the biased person, I become the person with a sexist point of view. It is much easier to write jokes on my biases, and have the audience laughing at me, rather than commenting on a third person,” she says.

In Singh’s profession, the ability to laugh at oneself can prove to be an asset, and in doing so, encouraging others to join in. She says that comics find humour in really odd situations, and most of their comedy comes from pain, anger, or some sort of angst. “Although I am not laughing at it in the present tense, in retrospect, it still requires me to laugh at how pained I was at that time. My biggest strength is to laugh at myself or to make a complete fool of myself and still not care about what people will take away from that, and it works for a lot of other successful comedians as well,” she says.