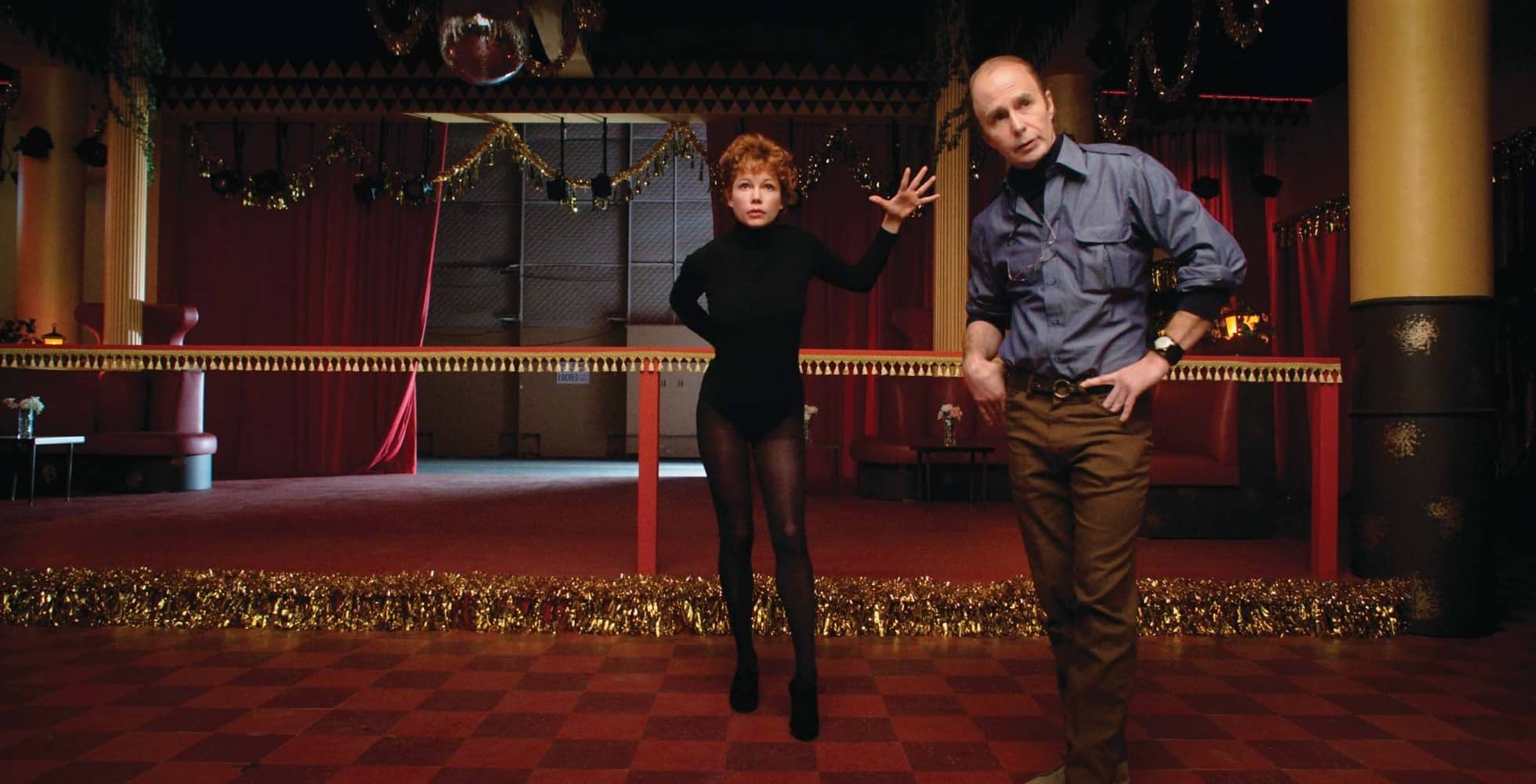 Sam Rockwell and Michelle Williams take a deep dive into Fosse/Verdon, FX’s new look at one of the most fruitful— and complicated— partnerships in musical theater history.

A MINUTE AGO, SAM Rockwell was sitting in his dressing room on the New York set of Fosse/Verdon, discussing his role as the legendary choreographer-director Bob Fosse in the FX limited series (premiering April 9). As he talks, the actor rises from his chair to nimbly demonstrate a few of the iconic Fosse moves made famous in the likes of Chicago, Damn Yankees, and the Oscar-winning film adaptation of Cabaret. Rockwell does a bit of the so-called Manson Trio soft-shoe from Pippin before pivoting to mimic the hat trick (sans headwear) seen in The Pajama Game’s “Steam Heat” and Fosse’s “Alley Dance.” “Those are my favorites,” the Oscar winner says, sliding back into his seat.

In another corner of midtown Manhattan, Michelle Williams is finishing a dance rehearsal for her role as Gwen Verdon, Fosse’s wife and one of the greatest Broadway dancers to ever grace a stage. “It’s our last dance, but I’m ready for this,” the Oscar nominee says of the number she’s working on. “It is bittersweet because it’s our last one.”

Partner them up and you have a whole new pas de deux: two acting powerhouses playing a pair of incredibly influential creative forces, on a series crafted by the vanguard of theatrical stars. The creative team boasts Hamilton alums Lin-Manuel Miranda and director Thomas Kail, as well as Dear Evan Hansen book writer Steven Levenson; the ensemble cast also features several Broadway stars, including Kelli Barrett, Ethan Slater, and Norbert Leo Butz. But while Fosse/Verdon explores the couple’s decades-long romantic and professional relationship, it also challenges the myth of the solo auteur—why Fosse has achieved single-name status while Verdon, despite her own remarkable career and contributions to her husband’s artistry, isn’t as well known.