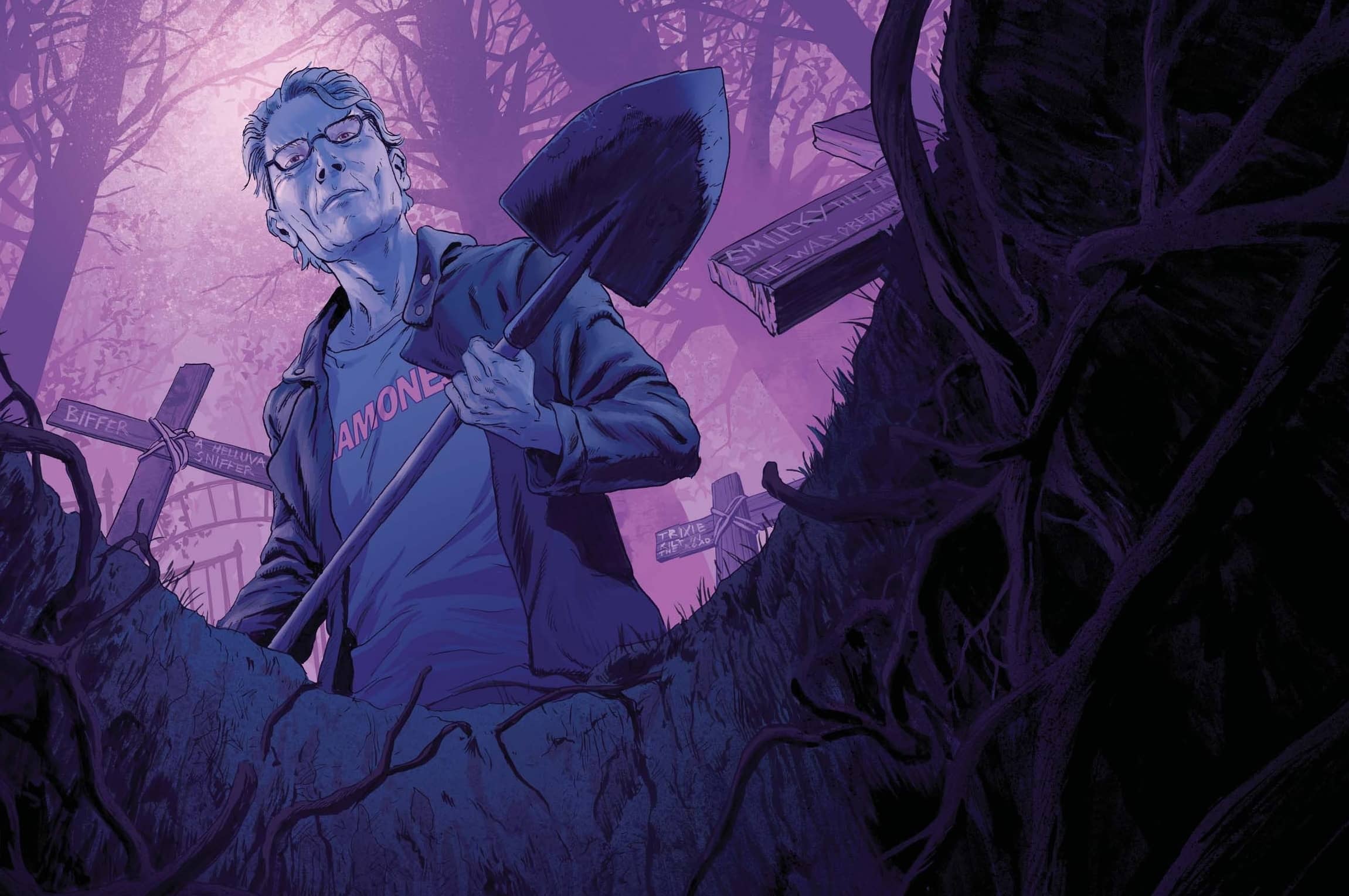 Stephen King digs up his own past to reveal the secret history behind his most disturbing book.

STEPHEN KING CALLS ONE MORNING, AND HE’S SINGING. “I don’t wanna be burrrried/in a Pet Sem-a-taar-yyy!” the author croons over a long distance. The Ramones wrote that pop-goth song about King’s 1983 novel, it was featured in the groundbreaking (uh, so to speak) 1989 movie, and now—as most things associated with this tale—it gets to live its life again as part of the sinister new version of Pet Sematary hitting theaters April 5.

The new adaptation stars Jason Clarke and Amy Seimetz as a couple who move their family to the edge of the woods in Maine, where ancient burial grounds just beyond the misspelled pet graveyard can bring back the dead. John Lithgow costars as their kindly neighbor, who reveals secrets best left unsaid, with Jeté Laurence as their daughter, Ellie, who’s too curious for her own good.

King has a complex relationship with Pet Sematary. Over the decades, the 71-year-old storyteller has done a lot of monstrous things to a lot of people in his novels, but the rumor persists that he thinks this book crossed a line, that it’s too morbid and troubling, and he published it only to escape an onerous publishing contract.

It turns out...all of that is real. A lot of what happened in the book is, too, which is why it still bothers the best-selling author.

The mythology that Pet Sematary was too scary to publish—is that hype or was there something to that?

Stephen King: No, I mean, it’s true. [Laughs] I had the greatest time writing the book until I was done with it. When I read it over, I said to myself, “This is awful. This is really f---ing terrible.” Not that it was badly written, necessarily, but all that stuff about the death of kids. It was close to me, because of my kids.