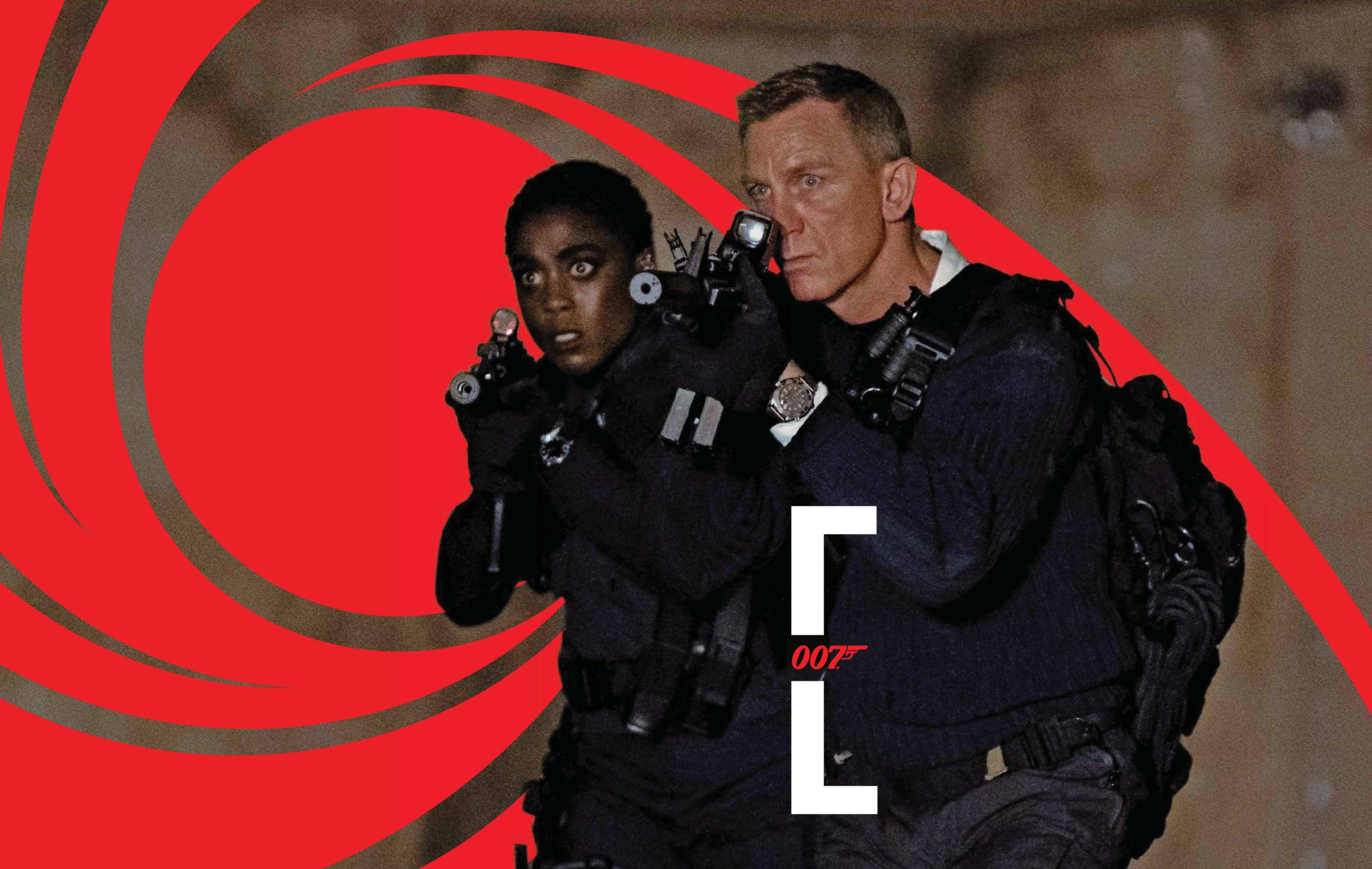 AFTER 14 YEARS, THE LONGEST TENURE OF ANY BOND, DANIEL CRAIG IS ABOUT TO HANG UP HIS MARTINI GLASS AND WALTHER PPK. EMPIRE TRACKS 007 ACROSS THE GLOBE, FROM LONDON TO JAMAICA AND NEW YORK, TO BRING YOU THE ULTIMATE INTEL ON NO TIME TO DIE. AND HIS EMOTIONAL FAREWELL...

THREE SIMPLE SYLLABLES. Two simpler words. But their cultural significance is huge. We’ve heard them plenty of times over the years. Sometimes there’s a variation on a theme — “Goodbye, Mr. Bond” most often — but the basic gist remains the same. A megalomaniacal villain with designs on taking over the world has lured James Bond, the world’s greatest secret agent, into a trap and is about to bump him off.

Today, those words are being delivered in Cuba by Christoph Waltz’s Ernst Stavro Blofeld, head of evil organisation SPECTRE and Bond’s adopted brother. Well, not quite. To be completely honest, Empire isn’t in Cuba, but a soundstage at Pinewood Studios that’s pretending to be Cuba, while outside the October wind rages and howls. And we’re not listening to Christoph Waltz, but a member of the production team on No Time To Die, the 25th James Bond movie, repeating lines, for the benefit of the actors, that will later be dubbed by Waltz. With, we fervently hope, a little more feeling than the monotone mumblings currently emanating apologetically from loudspeakers on set.

Anyway, the gist. At some point in No Time To Die, Bond finds himself in Cuba where, along with an associate called Paloma (Ana de Armas), he’s wrangled himself an invite to the hottest party of the year — a gathering of SPECTRE’s unfinest, the bad and the beautiful, the eye-catching and eye-gouging alike. And as he and Paloma wander around, talking to each other on those little Bluetooth earpieces that come in handy in movies like this, a voice can be heard, broadcasting to the throng.

Blofeld may be in prison in London, but he’s still making an appearance of sorts. And two things become rapidly apparent: this is a big old birthday bash for the bloviating bellend. And he’s fully aware that Bond has crashed the party. “Enjoy the spectacular end to our pariah,” he tells the commingled. And then, those aforementioned words. “Goodbye, James.”

What is Blofeld up to? Will Bond survive? And what will be left of him? Empire is not at liberty to say. For now, let’s focus on those two very apt little words. Because “goodbye” is right. Welcome to James Bond’s last hurrah. Or, at least, Daniel Craig’s last hurrah. 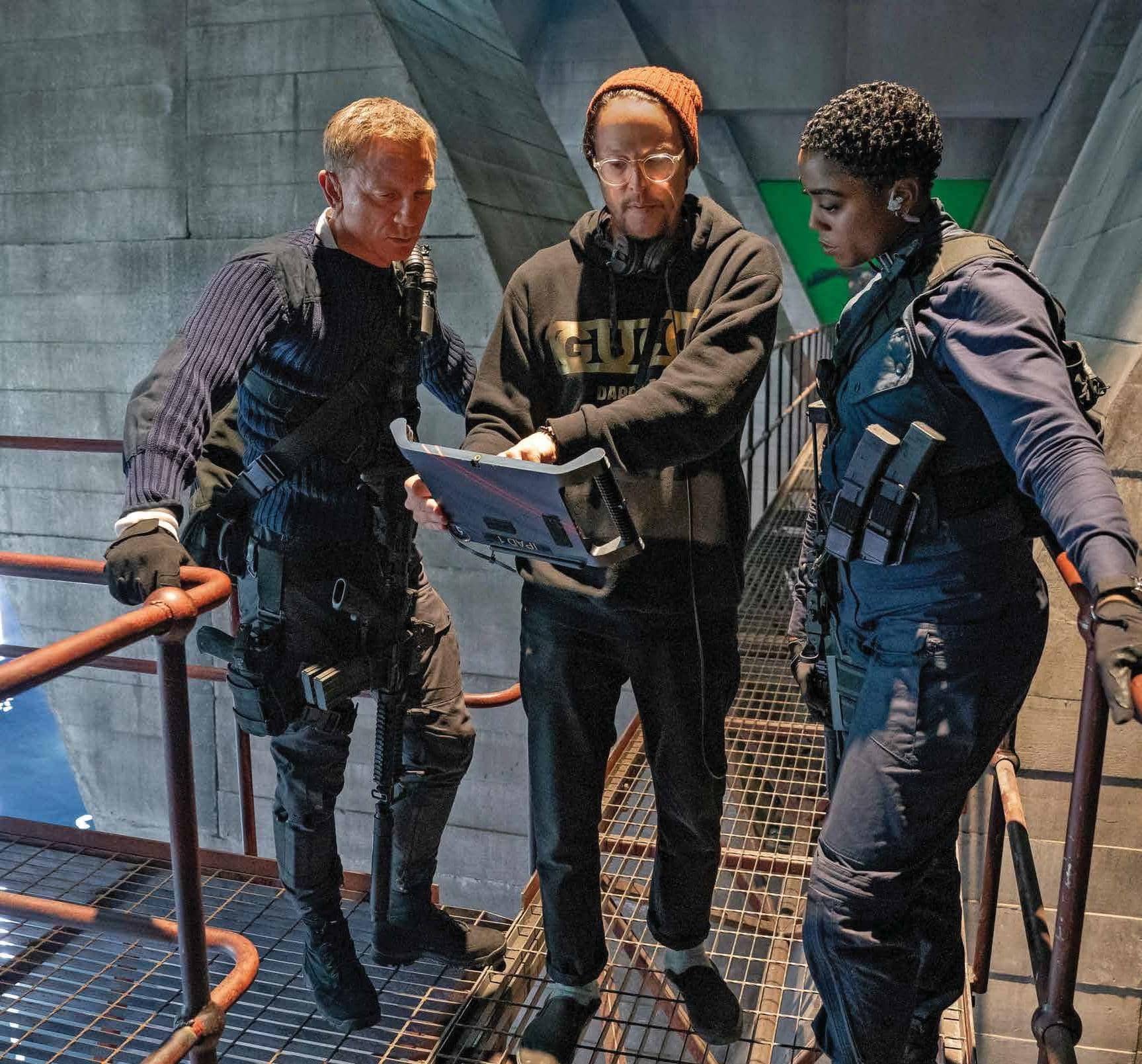 If you were under the impression that Spectre, the Sam Mendes-directed 2015 flick which ended with Bond retiring from an official duty to drive off into the sunset with his new ladyfriend, Léa Seydoux’s Dr. Madeleine Swann, was the last time we would see Daniel Craig play Bond, you’re in good company. Craig was, too. “I think I was ready to go,” he says of finishing that film. “If that had been it, the world would have carried on as normal, and I would have been absolutely fine. But somehow it felt like we needed to finish something off. If I’d left it at Spectre, something at the back of my head would have been going, ‘I wish I’d done one more.’”

Spectre was not an easy shoot. “I did most of the movie with a broken leg,” admits Craig, speaking to Empire in a New York studio in early December. And as it wound down, Craig was simply not in a Bonding mood. “There was a part of me going, ‘I can’t physically do this anymore.’ I felt genuinely that I needed to give up for my own self-preservation as much as anything.” He even told one publication that he would rather slash his own wrists than make another Bond. Yet here he is, wrists emphatically unslashed, fifth Bond movie in the can. It’s partly the result of a relentless campaign from stalwart Bond producers Barbara Broccoli and Michael G. Wilson, keepers of Ian Fleming’s flame, who were determined not to let their man go quietly. “If he hadn’t come back, I was gonna go put a duvet over my head and cry for three years,” laughs Broccoli.

Let’s not kid ourselves. Daniel Craig is not doing No Time To Die out of the goodness of his heart. Yet all the gold in Fort Knox wouldn’t, in and of itself, have been enough to lure him back. Turns out he had something eating away at him too. Though he’s complimentary about Spectre (“I’m very satisfied with it”), which represented a creative and commercial dip from the high of 2012’s Skyfall, perhaps there’s a desire to go out in a blaze of glory. And perhaps there’s, simply, a sense of unfinished business. “I always had a kind of secret idea about the whole lot in my head, about where I wanted to take it,” he says. “And Spectre wasn’t that. But this feels like it is.”

Nobody, least of all Craig, is willing to say this far out what that idea is. But, as the film that would become No Time To Die (a Barbara Broccoli suggestion that, it later emerged, she had perhaps remembered from the days when her dad, Cubby Broccoli, turned a book of the same name into a movie called Tank Force) barrelled along the bumpy road towards the starting line, changing directors from Danny Boyle to Cary Joji Fukunaga, one thing stayed firmly in place: the notion that you can shoot Bond, stab him or threaten to cut off his nethers with a laser, but if you want to really hurt him, aim for the heartstrings. “We always like to have a very personal trial for him emotionally,” says Broccoli. “We’ve thrown the book at him on this one.” 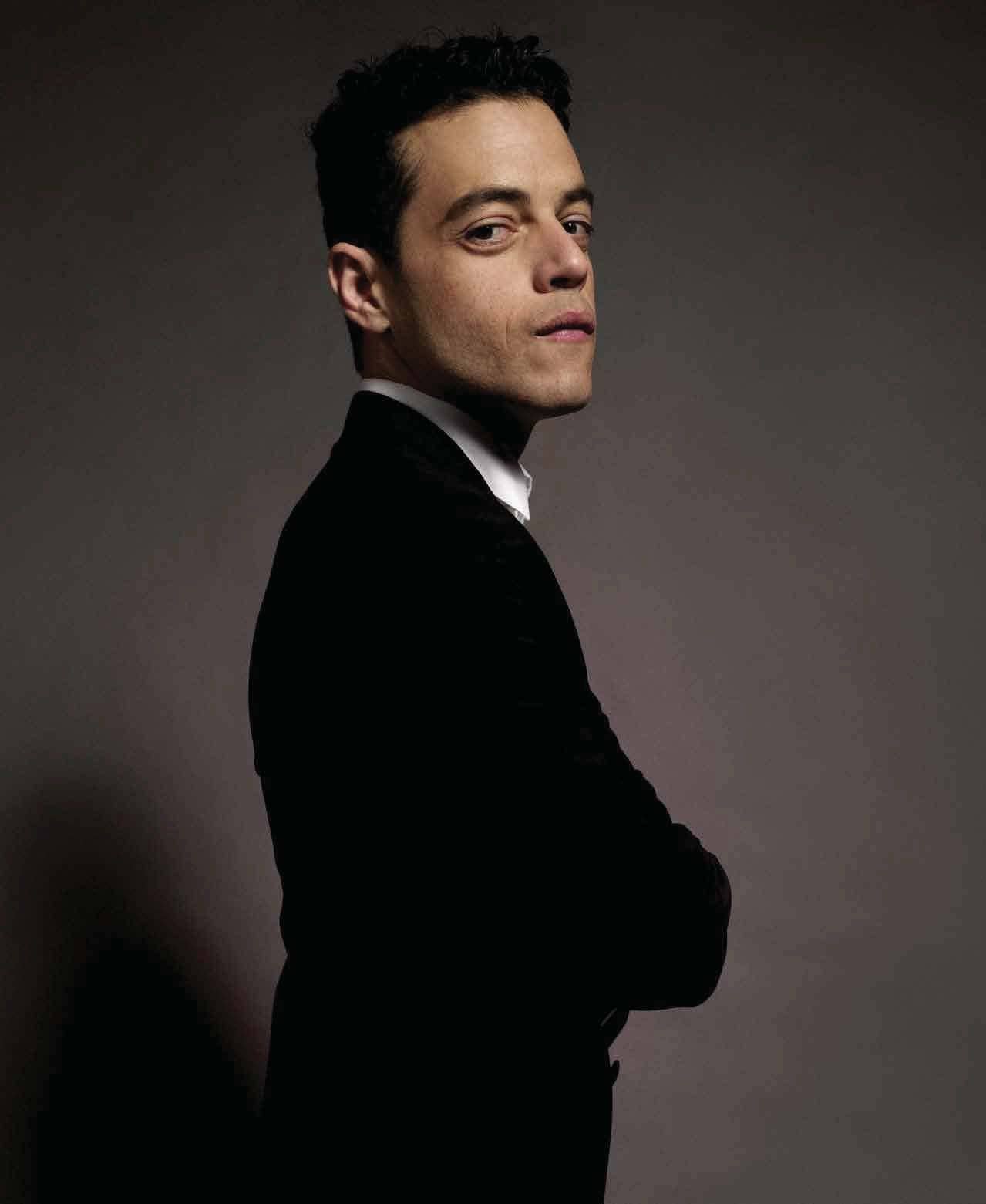 Traditionally, after you win an Oscar, you’re expected to do a string of serious dramas that end up at Sundance. You’ve done a Bond film. Did the fact that would be unexpected entice you? It enticed me that it was Bond. What an extraordinary opportunity. I never thought I would ever be afforded the opportunity to realistically work in this business, you know? To earn a living from it is something I still consider to be extraordinary and a gift. So then to go and play Freddie Mercury, which could have been a disaster, and it wasn’t...and then to have my phone ring for the 25th instalment of Bond...how could you not?

Are you a big Bond fan?

I am a big Bond fan. It is a franchise I have loved since being a child, like so many of us all over the world. Yeah. I got introduced to it from my father, who used to watch those films back home in Egypt. Roger Moore, I believe, had spent some time shooting with Barbara [Broccoli] in Cairo.

For The Spy Who Loved Me.

That’s the one. So when you get to see the world through the vantage point of a pretty extraordinary spy, there’s just a thrill to that. It’s an event.

And there’s this long line of colourful villains as well. You’re the latest in that line. What can you say about Safin?

You know, I woke up this morning and I said, “Do not talk about this character because—”

Well, it’s been lovely talking to you.

[Laughs] It’s something I’m so excited about and something that I think will be just so thrilling to watch in the cinema. I think he is unlike any villain I’ve seen in these films before. I hope I can say that. There’s a real eeriness to him. Daniel says “misunderstood”. But I would say this: he’s ruthless, and perhaps he’s a product of some other type of ruthlessness. That’s about as much as I can tell you.

Where do you start with it? Do you look at previous Bond villains and go, “I’ll take a bit of that. A bit of that”?

Actors are some of the best thieves in the world. Why wouldn’t you learn from the best? Look at [Anthony] Hopkins in Silence Of The Lambs. I went back to that one. I looked at [Javier] Bardem, not only in Skyfall, but in No Country For Old Men. That has to be the greatest villain I’ve seen in cinema. That’s a big one, but I’ll go there.

Both of them have a stillness, terrifying stillness, as well. Is that what Safin has?