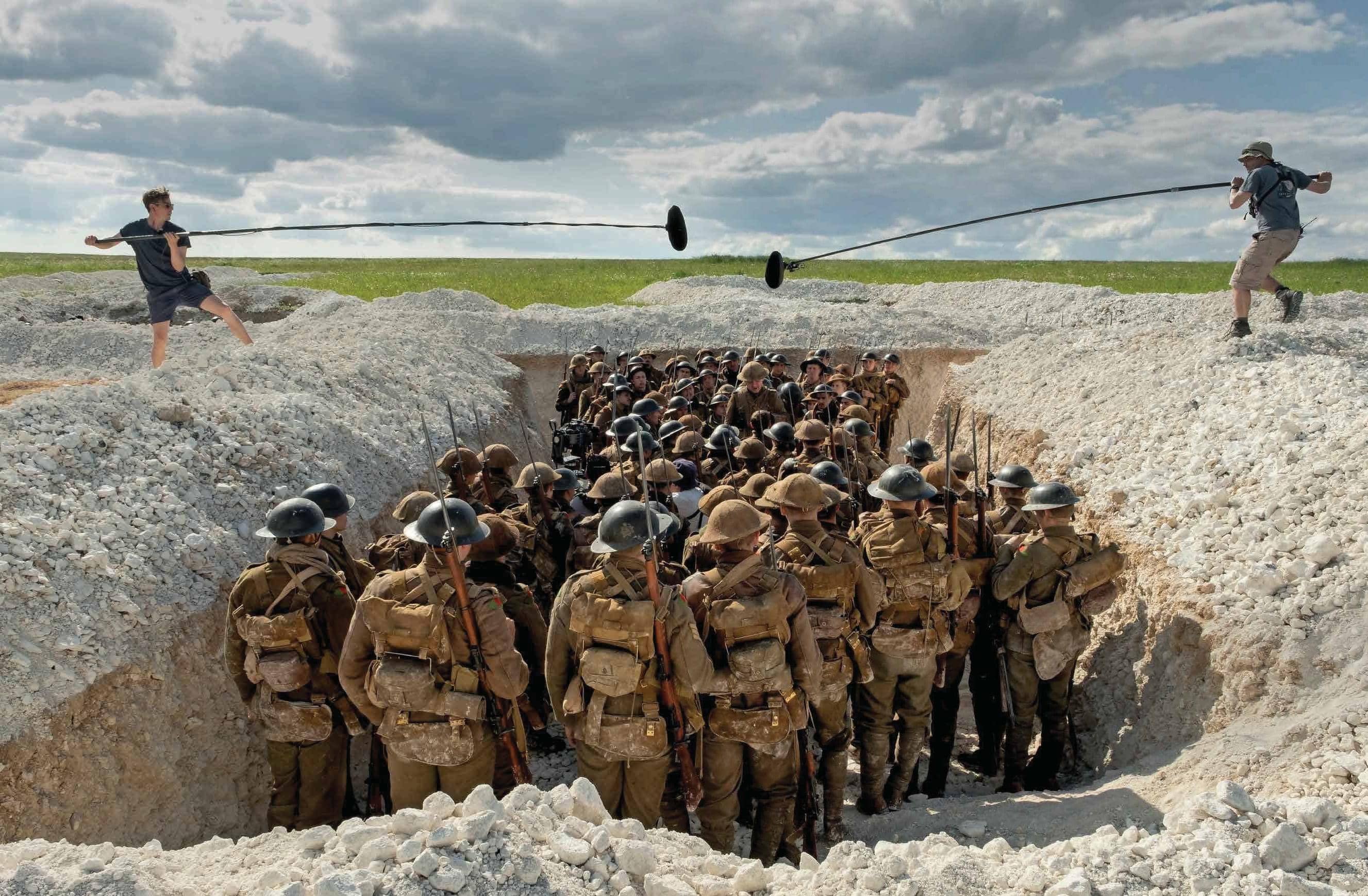 HOW SAM MENDES AND TEAM TURNED WORLD WAR I DRAMA 1917INTO A REAL-TIME, ONE-TAKE WONDER

When Amblin Partners boss Steven Spielberg — who evidently knows a thing or two about making war movies — first read Sam Mendes and Krysty Wilson-Cairns’ script for 1917, he gave the filmmakers some simple feedback: “People won’t be able to breathe.” Set on 6 April 1917, the story follows two British soldiers, reserved Schofield (George MacKay) and cheeky chappie Blake (Dean-Charles Chapman), on a perilous mission to deliver a letter that will call off an attack and save 1,600 lives, including Blake’s brother.

It’s a taut, thriller-like premise that honours the sacrifices made by a generation. Yet what Spielberg responded to also lay in the execution. As conveyed in the script, Mendes plays out the action in real-time and as if in one continuous shot. “The reason for doing it like that is to make the barrier between the audience and the characters as invisible as possible,” says Mendes. “The way into the movie is very simple, very direct.” Even for the director of an Academy Award winner (American Beauty), two James Bond films (Skyfall, Spectre) and that one where Leonardo DiCaprio and Kate Winslet shout a lot (Revolutionary Road), it has proven the filmmaking challenge of his life.

“Whatever happens to the movie,” Mendes says, “the experience of it was like nothing else I’ve ever done.” 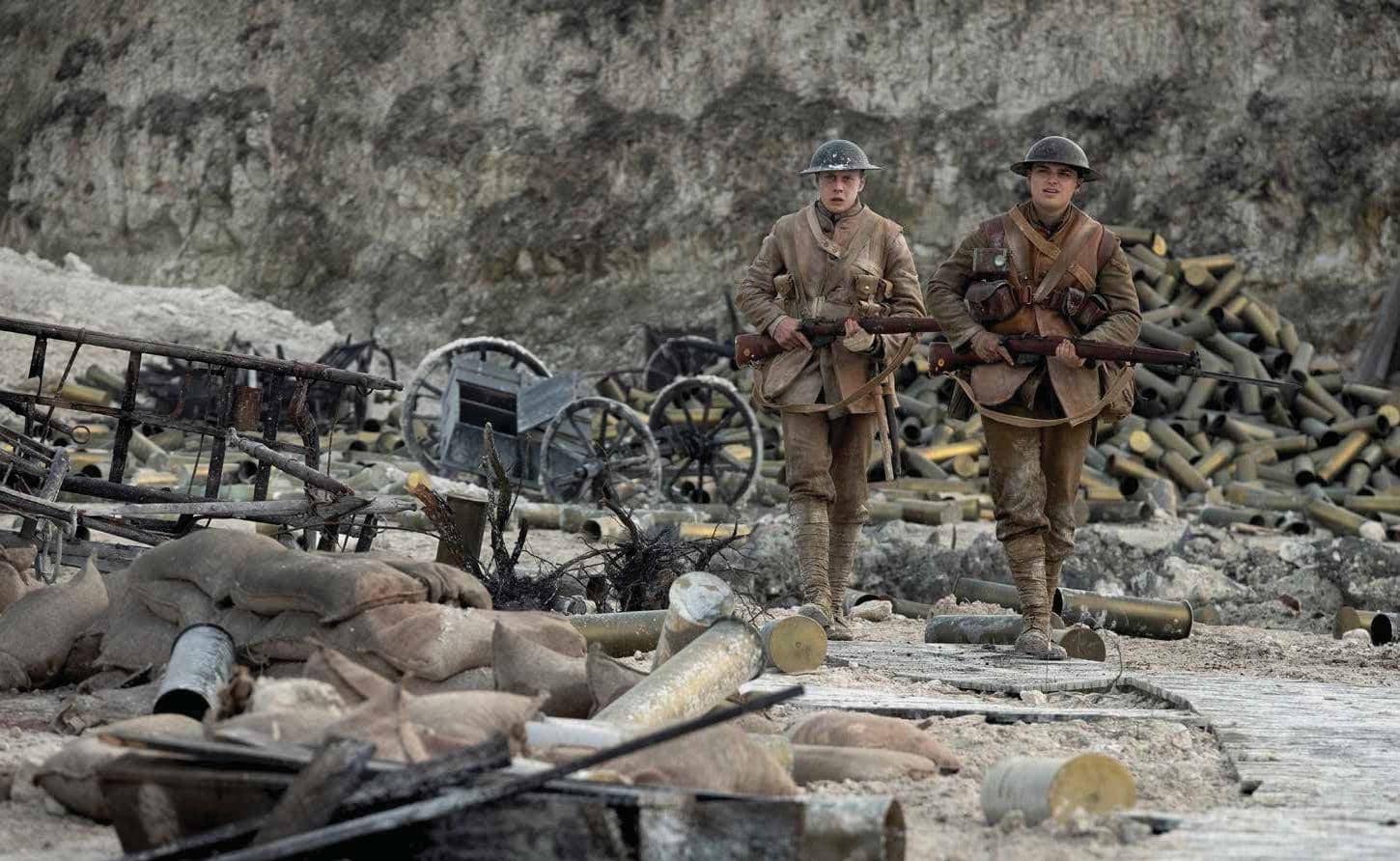 If the story of 1917 was inspired by the memories of Mendes’ grandfather Alfred, the form came from a long-standing interest in the power of the long take. This passion stretches back to a shot in his sophomore feature, 2002’s Road To Perdition, in which the camera follows Mob enforcer Michael Sullivan (Tom Hanks) into a 1930s Chicago dive. “Only half of it was in the movie,” recalls Mendes. “It was a stylistic exercise but the scene didn’t demand it in the way it needs to.” Thirteen years later, Mendes tried again, beginning the pre-credits sequence of Spectre as one seven-minute take following Bond on a mission through the Day Of The Dead parade, into a hotel, up in a lift, through rooms, onto a balcony, and across Mexico City’s rooftops.

“I remember on Spectre thinking, ‘I am going to do the whole opening sequence in one shot,’” he says. “But it got to the point where it got self-serving stylistically and I needed to cut.

I wanted to cut to what Bond was seeing, cut back to Bond, cut to an explosion. I wanted the energy of editing. So one thing I took away from that was: if I am going to do 1917, I must never at any point in the process think, ‘I wish I could cut.’” 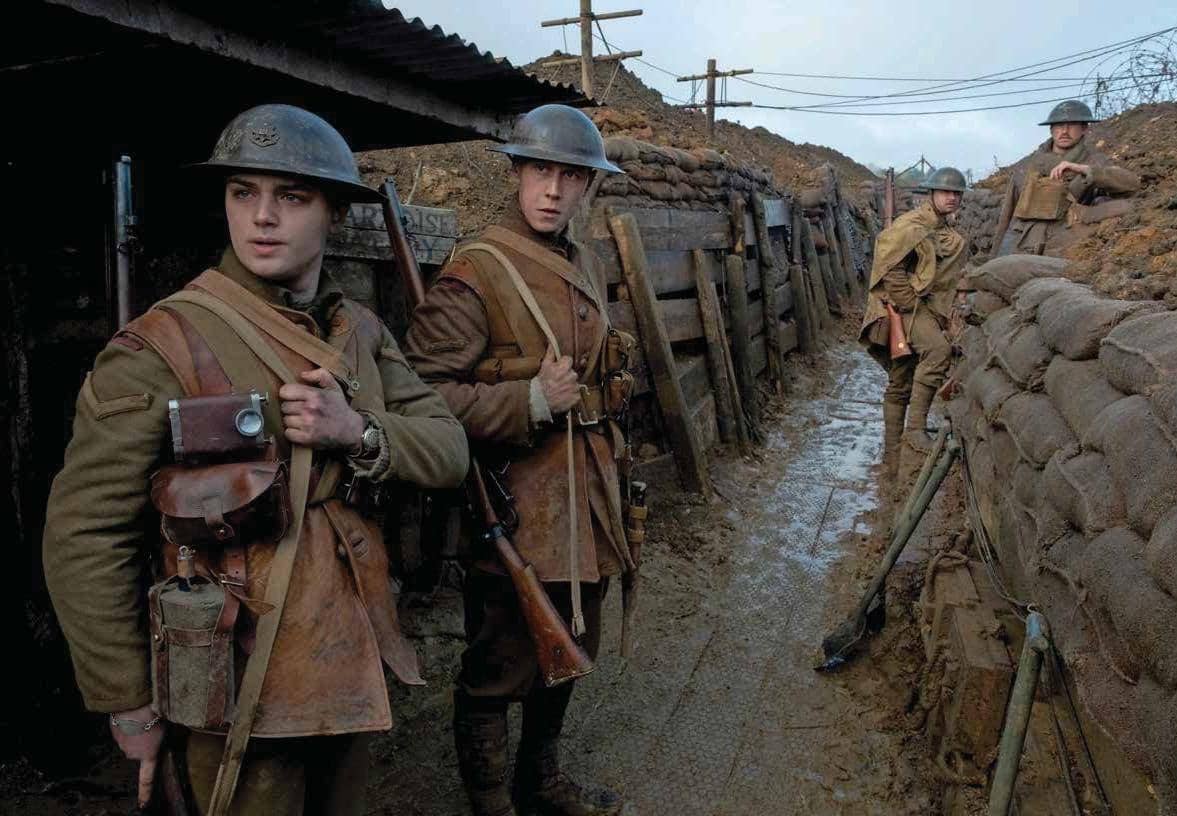 Spectre also taught Mendes that for the film to work as a seemingly single shot it had to be built from the ground up. After writing a treatment, Mendes reached an impasse and brought in screenwriter Krysty Wilson-Cairns (Penny Dreadful) to turn the one-shot, real-time idea into a workable screenplay. “It’s really hard,” laughs Wilson-Cairns. “When I write I like to have as much reality as possible. I was trying to think of 107 consecutive minutes in my life that were interesting enough to render on film. That’s not happened in my lifetime. The challenge is crafting a beginning, middle, and end that feels dramatically satisfying but also feels organic. That’s a real razor’s edge.”

From Hitchcock’s Rope to episode six of The Haunting Of Hill House, filmmakers have often played with creating the illusion of a continuous take. But Mendes’ first port of call was Birdman Or (The Unexpected Virtue Of Ignorance), Alejandro González Iñárritu’s Oscar-winner that sent a camera roving backstage in a Broadway theatre. Although 1917 promised to be even more complex.

“I loved Birdman as a movie and Alejandro is a filmmaker I admire hugely,” Mendes says. “But it’s in one very contained environment and it goes around almost in circles. That’s almost the point. It’s much more dreamlike and has these surreal interludes. 1917 is a ticking clock that never goes back on itself. It only goes in one direction.”