An Oscar-winning director. The world's biggest pop star. A classic West End musical. Judi Dench with a tail. The biggest gamble of the year 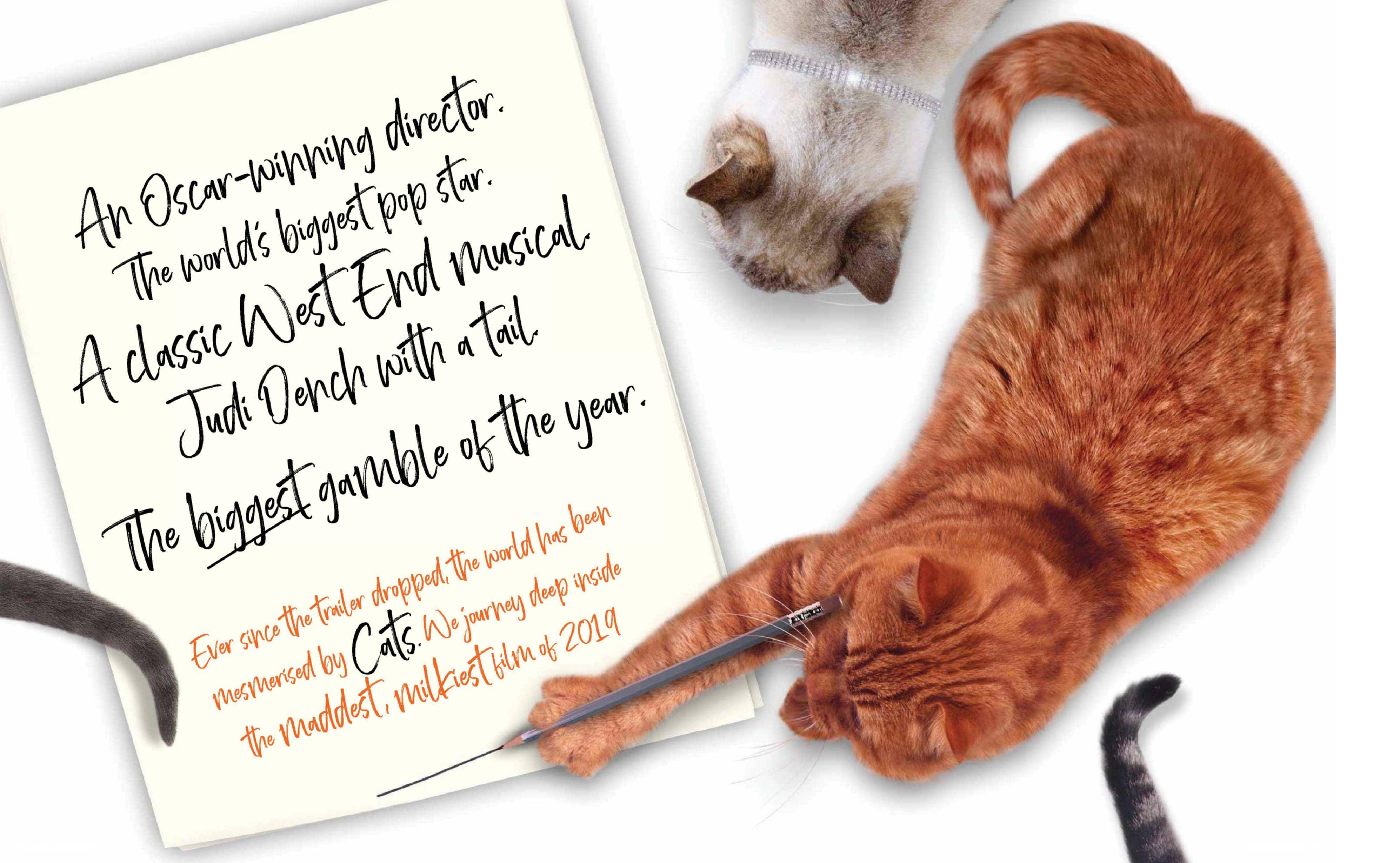 Ever since the trailer dropped the world has been mesmerized by Cats. We journey deep inside the maddest, milkiest film of 2019

IT WAS A day that, at first, seemed like any other. Thursday 18 July. People around the world were celebrating Nelson Mandela Day, Anton left the Love Island villa, and Mexican drug lord El Chapo was beginning his life sentence in prison. In San Diego, thousands attended the first day of Comic-Con, with Tom Cruise making a surprise appearance on stage to hype up Top Gun: Maverick.

The day was winding down. And then, at 10.07pm UK time, it happened. Accompanied by the slightly menacing promise, “This Christmas, you will believe,” the trailer for Cats was unleashed online. 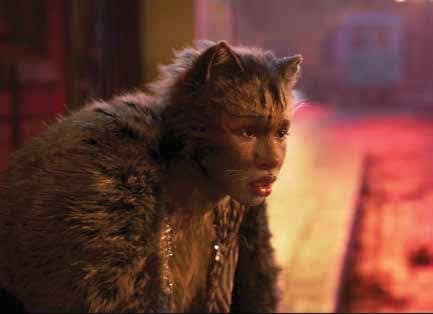 First we saw humanoid forms scuttling across a dark, neon-lit alleyway. Then the swoosh of a tail. A maudlin song, ‘Memory’, kicked in, enhancing the feverish and surreal mood. And famous people began to appear, looking… different. Dame Judi Dench, both covered in fur and wearing what appeared to be a coat made of, well, fur. James Corden, encased in some sort of hairy tuxedo, appearing to spit in someone’s mouth. Taylor Swift, shaking catnip out of a bejewelled decanter. Some of the performers looked plausibly feline. Others — strange and whiskery — resembled escapees from the island of Doctor Moreau.

Roughly two minutes and 24 seconds after the trailer appeared online, the world went berserk. Jordan Peele shared a version of the trailer soundtracked by music from his doppelgänger horror Us. “Internet reacts in horror to ‘demented dream ballet’,” read one headline in The Guardian. “This is what the people in Bird Box were seeing,” said an online commenter. Naturally, someone photoshopped Nicolas Cage’s face onto a cat. 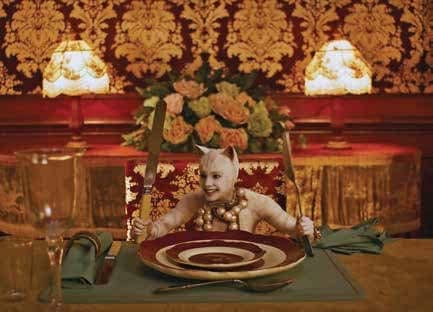 Watching all of this hysteria unfold was the British director of Cats, Tom Hooper. “I was just so fascinated because I didn’t think it was controversial at all,” he tells Empire of his reaction to the reaction, in his first major interview about the film. “So it was quite entertaining. Cats was apparently the number-one trending topic in the world, for a good few hours at least.”

Filmmakers made of less tough stuff might have baulked at some of the feedback, such as the online post that read, “Will God forgive us?” After all, the reputations of a beloved musical, Hooper himself and perhaps an entire species hung in the balance. But instead of panicking, the unflappable director just did what he always does in tricky situations.

He got back to work. It was just another day, after all. 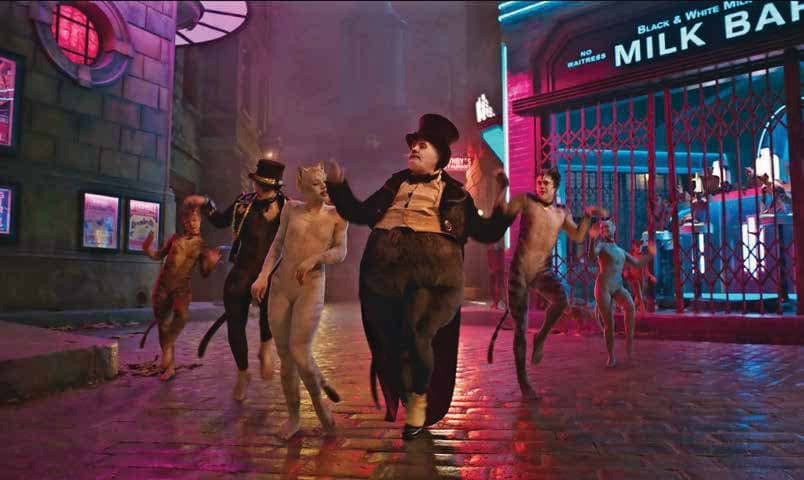 SO UNIQUE IS Cats, it seems, without question, like a major risk. Yet its composite parts are as close to sure bets as you get. Taylor Swift — the biggest pop star in the world — doesn’t just star as the “statuesque” cat Bombalurina, but has co-written a new song for the film with Cats creator Andrew Lloyd Webber that has “Oscar campaign” written all over it. Award-winning thesps Dench and Ian McKellen will appeal to older generations. And don’t think Corden — one of the biggest late-night TV hosts in America — won’t belt out ‘Memory’ on a special episode of Carpool Karaoke.

At the centre of it all, meanwhile, is Hooper, the man behind critically acclaimed Oscar winners The King’s Speech and Les Misérables. He isn’t, he admits, a keeper of cats. (“I’m sadly allergic to them,” he admits. “I had to grow up in a pet-free household, apart from a couple of tortoises.”) But he is a lover of Cats, having had his mind blown by the West End show as a ten-year-old. 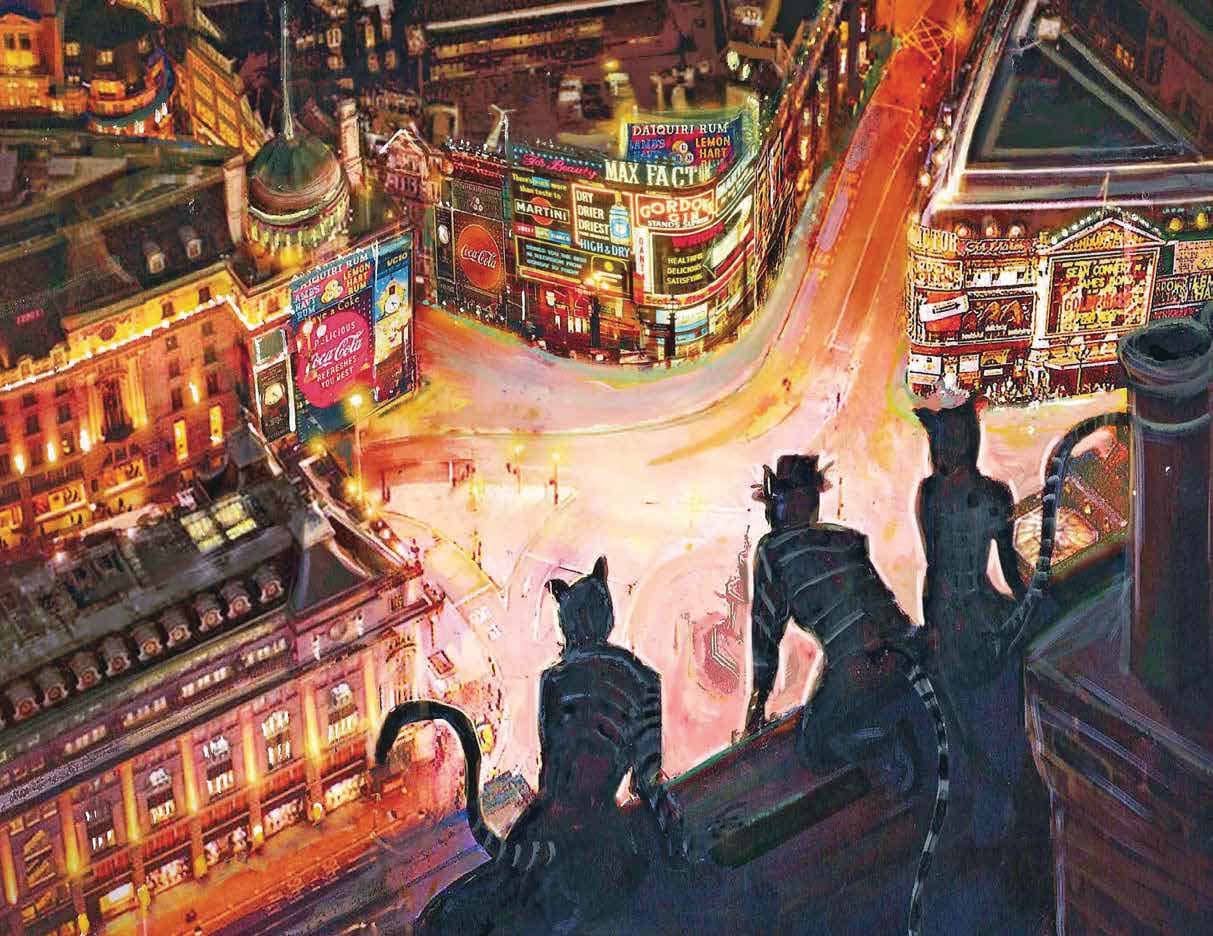