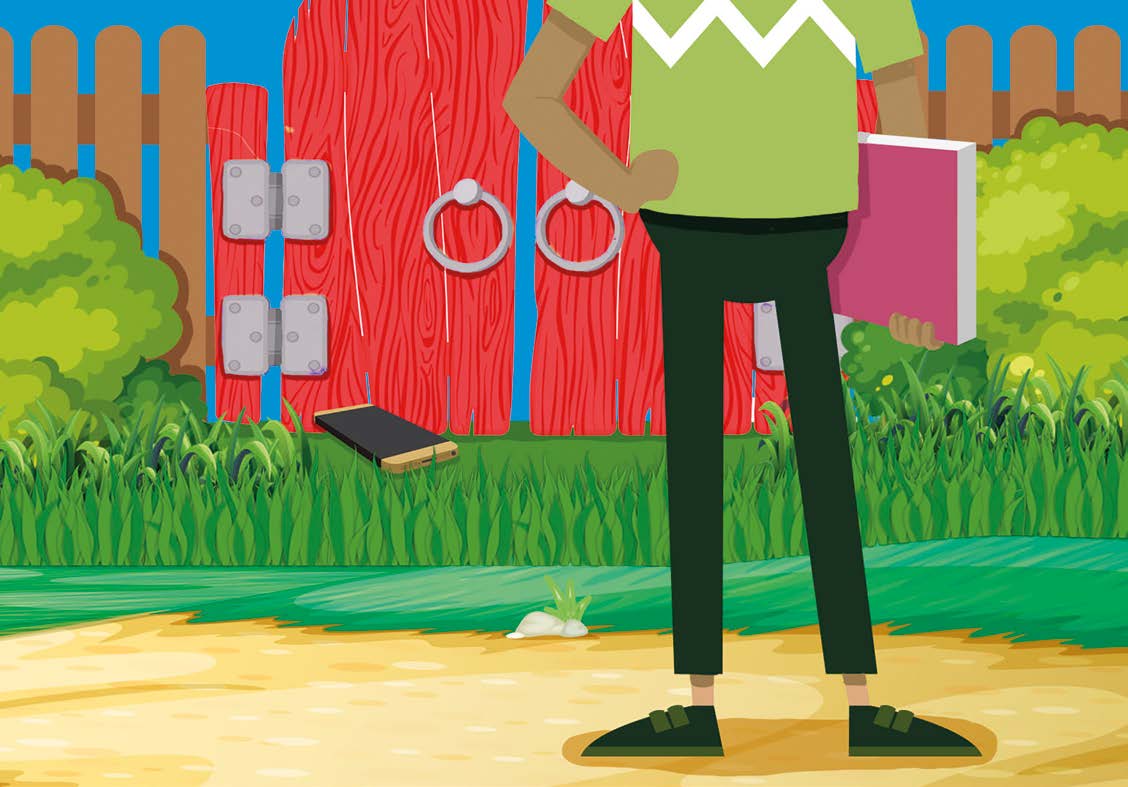 Kgosi can’t believe his luck when he finds a lost cellphone, but it comes at a price

OUT in the fields one day, 10-year-old Kgosi spotted a cellphone lying on the ground right beside a bright red gate. A cellphone! He couldn’t believe his eyes.

There it lay, shining in the afternoon sun in the middle of a clump of bushes. Kgosi squeezed between the branches and sat there, well hidden from the dirt road. He pressed all the cellphone buttons just to see what they did. Then he held the phone against his ear and pretended to answer it, just the way his big brother did.

What a great feeling it was to speak on a cellphone. Ever since he could remember, Kgosi had longed to own a cellphone. But his mother said he was too young, and they were too expensive. She said he wouldn’t look after it properly.

“You leave your takkies lying all over the place, Kgosi. You keep forgetting to bring your jersey home from school. No, my son, you are not responsible enough to have a cellphone.”

His big 16-year-old brother, Pilane, said much the same thing. “You don’t need one yet, Kgosi. You’re too young. What does a 10-year-old need with a cellphone? And don’t let me catch you fiddling with mine, you hear me?”

Sometimes Kgosi would stand outside Mr Naidoo’s shop, Electronix. Mr Naidoo sold radios, televisions and cellphones. One shop window was full of just cellphones for sale – all the different models and colours. Kgosi spent hours trying to decide which cellphone he would choose when the day came.

Mr Naidoo often came outside to talk to him. “Kgosi, one day when you have finished with school, then you can get a job. You can earn some money and buy a cellphone for yourself.”

But that day was a long, long way away. But now, hereby the red gate, Kgosi had found one. He put it in his pocket and walked home singing.

It was a long way home, past the railway track and past the farmers’ market, but he didn’t stop singing until he reached his home.

KGOSI told no one about the cellphone – not Pilane nor his mother, not his grandmother nor his little sisters. He knew what they’d all say.

“That phone belongs to someone else. You must hand it in at the police station. Right now!”