She Is My Queen 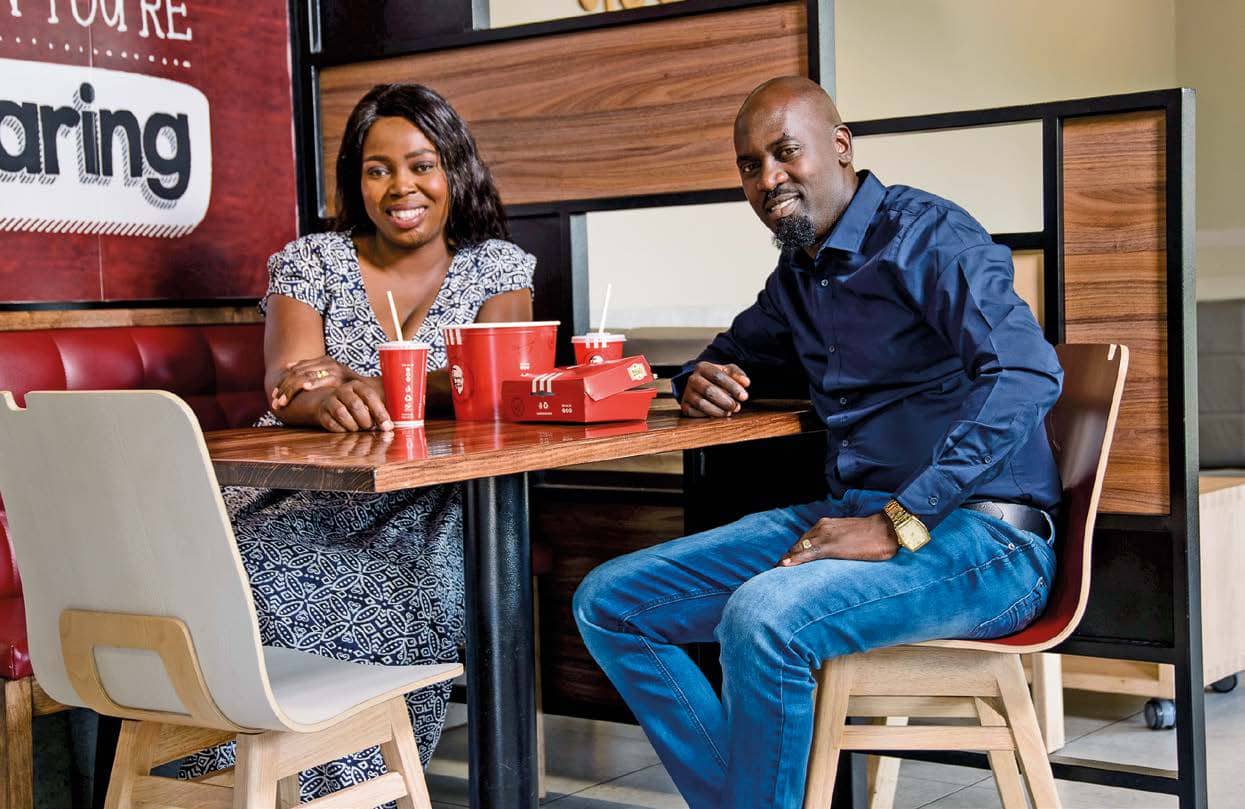 His proposal at KFC went viral – now Hector and Nonhlanhla are preparing for the wedding of their dreams, thanks to Mzansi’s generosity

IT’S a scene we’ve seen played out many times before – in movies, on TV, and often in real life too. There was something different about this proposal, though: it wasn’t the reveal of the ring, the handsome guy on bended knee in a crowded restaurant or the beautiful bae’s surprise that drew a reaction.

It was the magical combination of these things – in all its beautiful, raw simplicity – that melted Mzansi’s hearts.

The special moment was caught on film and spread like wildfire on social media, sending South Africans and the world into a feel-good, loved-up frenzy of euphoric generosity.

Hector Mkansi (37) and Nonhlanhla Soldaat (28), now and forever known as the KFC Couple, still can’t believe the buzz around Hector’s proposal at the fast-food restaurant in Evaton Mall in Gauteng.

Hector wanted to do something special for Nonhlanhla. They’d been together for eight years and got married last year. But it was a small wedding, he says. “It was far from what we wanted and I vowed to make her feel special every year, which is what I did [at KFC].”

When Nonhlanhla spotted the ring tucked into her bag of fries Hector dropped to his knee, sending ripples of rapture across the country when he said to her, “Nkosikazi [wife], you are so special to me, will you please marry me again?

“I don’t have the financial muscle, I’m not working. If I was [working] I’d do something big, but then I thought, with us getting our rings back, let me not just give it back to you without thought.

“I wanted to make it special, no matter how small. I want you to feel comfort, to feel special – like the queen that you are in my home.”