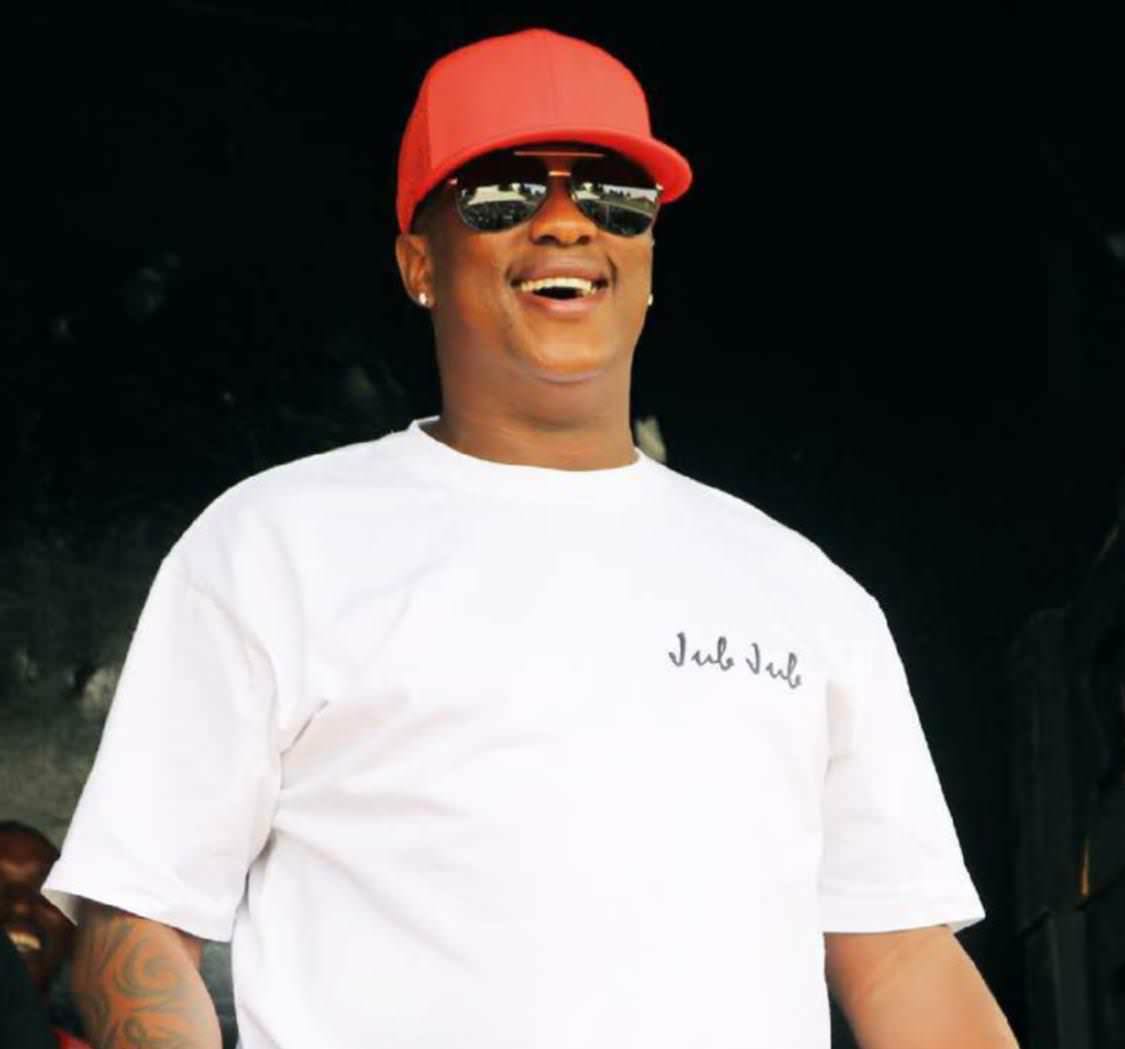 After his release from prison, rapper Jub Jub is rebuilding his career and picking up the pieces with a new “wife” by his side.

HE’S on stage, performing at a show in the rural Free State as part of beleaguered former SABC head Hlaudi Motsoeneng’s uniform rollout roadshow. The kids are enjoying the spectacle almost as much as the prospect of free stuff and the singer is clearly in his element.

He wears a T-shirt with his stage name on the front – Jub Jub – and the words Rare Breed, the name of his 2006 album, entertainment company and record label, on the back. And when he finishes his performance, a woman wearing an identical shirt emerges from the back, where she’s been closely watching him do his thing on stage.

They embrace warmly, she places a possessive hand on his left buttock and he gives her a loving bear hug.

This, if Jub Jub is to be believed, is his wife. It’s not sure when they tied the knot, as he was behind bars for a 2010 car crash that claimed the lives of four schoolboys and left two others severely injured – but the rapper added it’s been a “pretty long time”.

Although he refuses to name her, DRUM has learned she is Zenith “Zee” Mia, the attractive, immaculately dressed brunette who stood by him in court and waited for him when he was in prison.

She is now working with him at Rare Breed – meaning that she’s not only his partner in life but in business, too.

This is presumably the woman he addresses in the song Ke Kopa Tswarelo (Please forgive me) which he dropped via YouTube shortly before leaving prison, where he issues a plea for compassion.

“To my wife, my siblings, I know that deep down ngin’ hurtile [I have hurt you]. I hope you find it in your heart to forgive me so that I can play my part,” the lyrics read.

This is also apparently the woman he was speaking of when he was on SABC2’s Morning Live show recently, saying he was haunted by the car crash and was grateful to the nation for “being given a second chance”.