'Mess Your Hair Up' 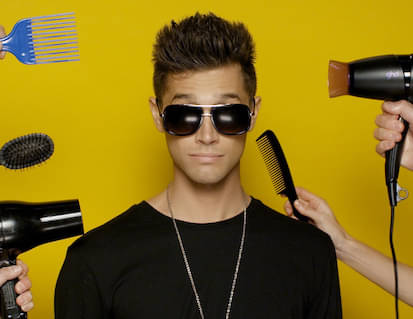 In “Mess Your Hair Up”, singer/songwriter Stewart Taylor encourages fans to be playful and adventurous with their significant others. Produced by David Pramick and John Silos, the R&B funk track is reminiscent of Off the Wall-era Michael Jackson and was inspired by Taylor’s own long-distance relationship. “I had recently moved to LA from New York and my partner sent me a super sexy picture,” he explains. “I told him I wanted to jump on him and mess his hair up! The chorus of the song came to me almost immediately afterwards.”

“Mess Your Hair Up” is a marked departure from “Liberation,” Stewart Taylor’s inspirational LGBTQ anthem from four years ago that was featured on numerous anti-bullying platforms, including Boston’s WHDH-TV. Stewart’s own coming out story was featured in Dan Savage and Terry Miller’s New York Times bestselling book, “It Gets Better”. As Taylor has grown and matured, so has his music. These days Stewart’s songwriting focuses less on coming out and more on navigating through the good, the bad, and the ugly of relationships.