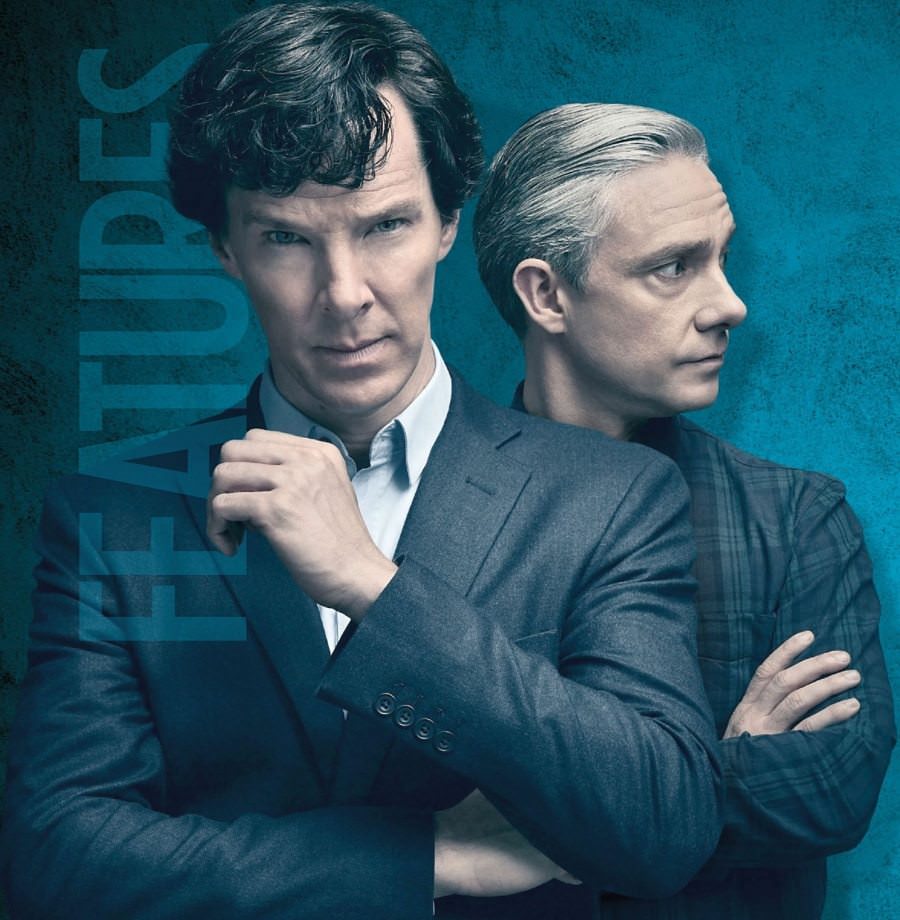 After their mind-twisting Victorian Adventure, sherlock holmes And John watson finally return for A full series that promises pure evil, parenthood And a canine companion. But is moriarty really Alive?Crime Scene Joins the stars on-set, in search of clues to this much-Anticipated fourth season…

Sherlockmania – second only in hysteria and volume to Beatlemania – is gripping the streets of north London. Crime Scene is corralled behind a crowd barrier in the vicinity of Euston Station. Night has fallen and we’re standing alongside thousands of fans, who have journeyed from as far afield as China and Japan. Since before dawn they’ve been lining up along North Gower Street which, as all card-carrying Sherlockians doubtless already know, doubles for Baker Street in BBC One’s global hit drama.

We’re getting completely drenched by three massive rain machines, which are pouring down outside number 221B, in preparation for a brief scene outside the house. However, no one’s ardour appears dampened. There’s certainly no lack of enthusiasm when Benedict Cumberbatch, clad in Sherlock’s trademark Bel staff ‘Milford’ coat, magically appears out of a side street, to commence filming in front of the consulting detective’s famous front door. The cheer from the assembled masses can no doubt be heard south of the River Thames. The game is on…

Chatting to Crime Scene in a nearby hotel before filming starts, the cast and crew are equally delighted that the show’s returning with a full series after a three-year gap, “The Abominable Bride” being a one-off special. That gap was at least partially enforced by the fact that Cumberbatch and Martin Freeman, as Dr John Watson, have become megastars on the back of Sherlock.

Cumberbatch confesses that he’s having the time of his life on this fourth season.

“I love it more than ever,” he says. “I also love the character more now because I’ve got to experiment with playing different sides of him.” He then reveals that the fourth season has been very demanding yet richly enjoyable to make because Sherlock is, “troubled and challenged, at the top of his game and at the very bottom. So there are huge highs and huge lows, and you really find out who he is.”

“It’s so exciting to come back every couple of years and see everyone,” she says. “You don’t get so nervous, because everyone’s your buddy, from the make-up to the wardrobe department. Just being part of it is a beautiful thing.”

Mark Gatiss, the co-creator of Sherlock, laughs as he recalls how the show’s popularity has mushroomed since it began in 2010 – aided and abetted by dozens of fan sites around the world.

“In the first season, we shot Benedict and Martin in the middle of Trafalgar Square with no close protection,” he says, “We can’t do that now!”

In fact, Gatiss and co-creator Steven Moffat have to write certain scenes that may previously have been filmed on location specifically for the studio, to keep their stars far from the madding crowd.

Sherlock, which begins its fourth series on BBC One this New Year’s Day, has long since morphed from mere programme to a phenomenon. Now broadcast in more than 240 territories around the world, the series has won multiple Baftas and Emmys plus a prestigious Peabody Award. The show’s Victorian-era special, “The Abominable Bride”, was the single most watched show in the UK during the 2015/16 festive period, racking up some 11.6 million viewers, and beating EastEnders, the Queen’s annual address and Downton Abbey. When “The Abominable Bride” was shown in cinemas around the world, to augment the TV broadcast, it proved more popular than Star Wars: The Force Awakens in South Korea and topped China’s box office. In addition, the final episode of the third series, “His Last Vow”, broke a Twitter record when it triggered 10,000 tweets per minute.

The show has inspired fan art all over the world. On the set, a Japanese fan shows Crime Scene a graphic novel he’s lovingly made, while 2013 saw Korean pop group SHINee enjoy a hit single, “Sherlock”, which was inspired by the drama. Indeed, when David Cameron went to China on official business in December 2013, locals asked the then Prime Minister if he could convince the BBC to make more episodes. 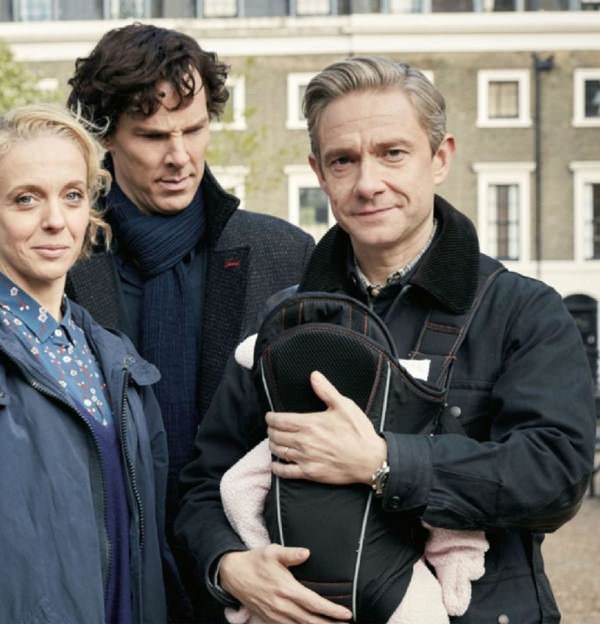 Gatiss, who also stars as Sherlock’s devious older brother, Mycroft, remains astounded that the show has become such a sensation all over the world.