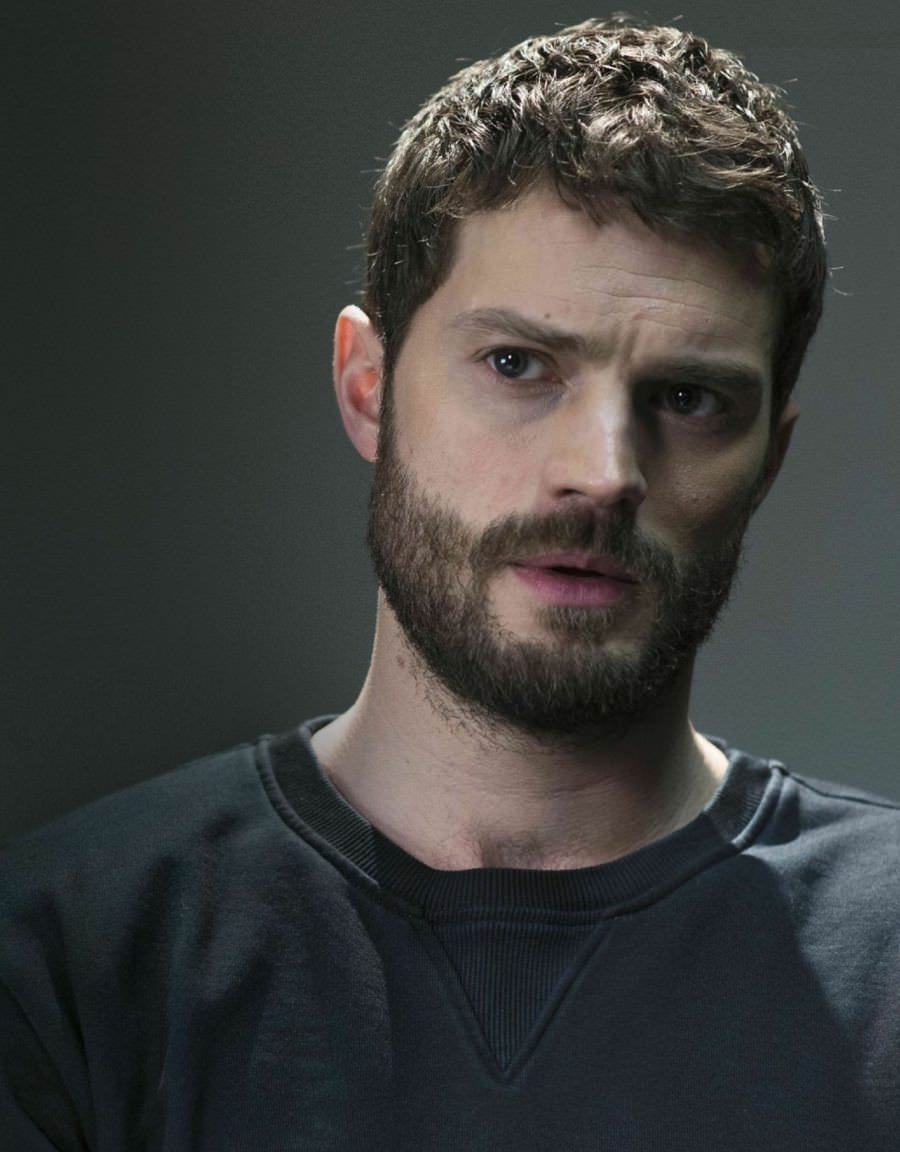 He’s the Northern Irish actor who started out as a musician and model before breaking into TV and film. In addition to the Fifty Shades trilogy, he recently starred with Cillian Murphy in the World War 2 thriller Anthropoid, but his defining role is as serial killer Paul Spector in the acclaimed BBC series, The Fall.

What can you tell us about serial killer Paul Spector in the third series of The Fall?

He’s such a complex character, from top to tail, and those complexities get revealed more and more over the three series. In Series 3, particularly, we get an insight into the mind of Spector. Questions are answered about why he is the way he is and the events of his life that have led him to the position that he’s in now. It’s such a treat to get to play someone who’s so layered – even after four years of playing him, I am still finding out more about the character.

Do you subscribe to the Method and remain in character for the entire duration of the shoot?

No! I don’t want to be Method and stay in character as Spector all the time. If I did, I wouldn’t have a wife any more.

So do you find it easy to shed the character at the end of the day?

Over the last four and a half years, I have found ways of locking myself into Spector’s psyche quickly, without too much build-up. But when I can, I jump out of his skin because I don’t think it’s appropriate to stay in it for longer than I have to.

Nevertheless, does Spector get into your head sometimes?

Yes. I woke up one morning, before we started filming, and on my chest were books about murderers. I was going to bed reading about all these horrible people, and of course it affects you.