Without Them We Are Nothing 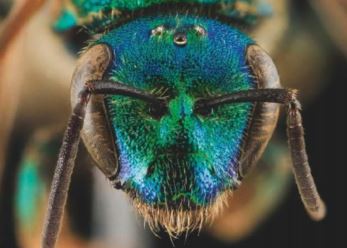 A clutch of new books leaves Bill Turnbull buzzing with new knowledge about his bees.

HAVING spent some time recently watching wasps invade and then devastate two of my beehives, I was aghast to discover from Buzz: The Nature and Necessity of Bees, (Icon Books, £16.99), that my honey-gathering friends did, in fact, evolve from their mortal enemies.

It happened one day, squillions of years ago, when a (clearly very clever) wasp accidentally fed its young with nectar and worked out that it’s less hazardous to gather food from flowers rather than by attacking other insects. I just wish someone would tell the wasps who ripped through my hives and killed every bee inside.

That’s just the headline fact from Thor Hanson's fascinating journey of discovery through the world of bees and the people who research them. There are 20,000 different species, apart from your average honey-gatherer—more than all the birds and mammals in the world combined. Buzz tells us the fascinating story of where they came from and where they may end up if we’re not very careful.