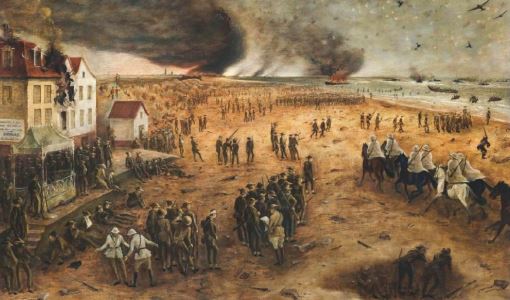 Exhibitions at the British Art Fair offer the opportunity to enjoy works by some lesser-known artists.

SINCE David and Judith Cohen retired in 2016 after more than three decades as the specialist dealers in the art of the World Wars, their place has been taken by Andrew Sim, a comparatively young art dealer with a nose for discoveries. in this, he is like his father, Michael Sim of Chislehurst, and finds by both have featured here in the past. Andrew puts on occasional exhibitions or special displays at fairs and will be at the revamped British Art Fair at the Saatchi Gallery on the King’s Road, Chelsea, from tomorrow to Sunday (www. britishartfair.co.uk).

Until last year, this was the 20/21 British Art Fair, which took place at the Royal College of Art before a less satisfactory move to the Mall Galleries. The founders and organisers Gay Hutson and Bunny Wynn were already contemplating retirement when they were approached by Robert and Johnny Sandelson (whose late father Victor had been an early exhibitor) with an offer to buy them out. This was just before Bunny’s greatly regretted death.

With an injection of funds and the new, larger venue, the fair has attracted 50 galleries and has every prospect of success.