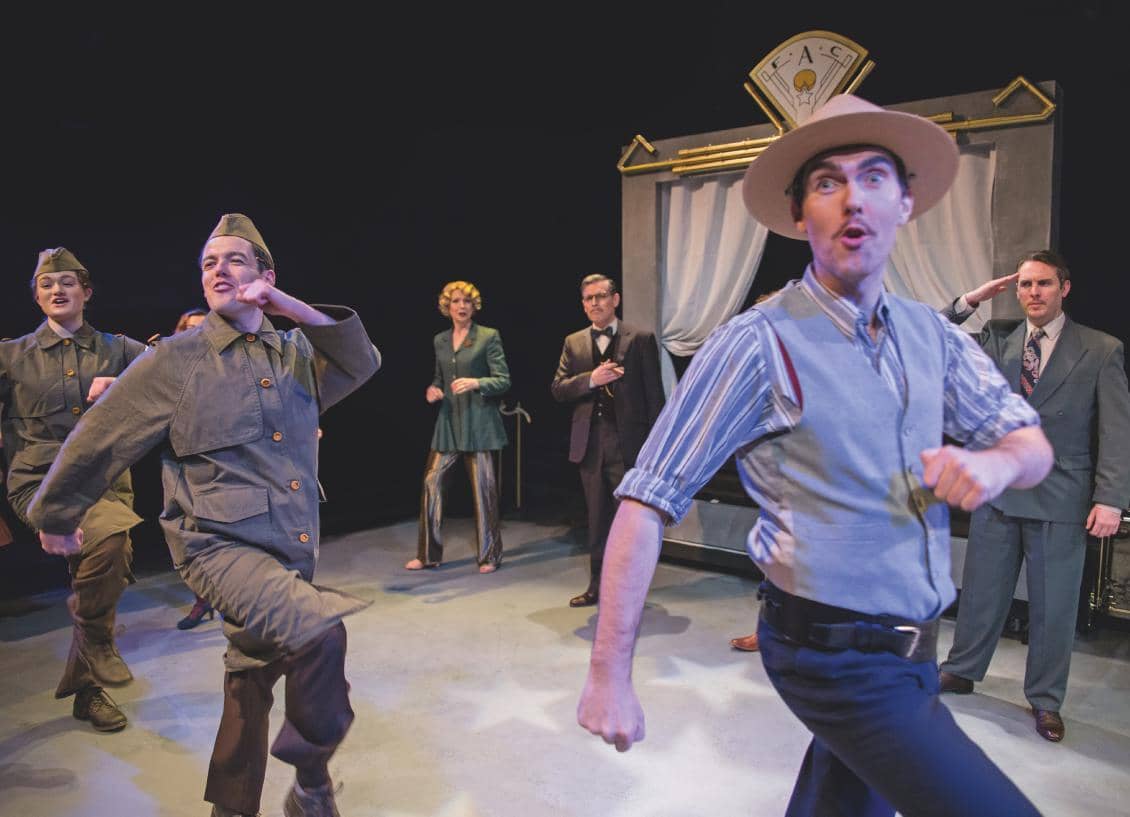 The absurdity of today’s politics should be a gift to satirists, but where are they?

IS satire dead? The current cliché is that public events are so absurd that there’s nothing left to lampoon. However, a couple of recent shows —one a musical, the other a play —have set me thinking about how vital the theatre once was in exposing the follies of the age and the permanent vices of mankind. If people could do it in the past, then why not today?

The musical I caught was a real rarity: Strike Up the Band, with a book by George S. Kaufman and music and lyrics by George and Ira Gershwin. It plays at the charming Upstairs at the Gatehouse in London’s Highgate Village (until March 31) and, although the show is no lost masterpiece, it launches some well-aimed shafts at American gung-ho militarism and commercial protectionism.

The truth is that, in 1927, this was too much for many audiences and the show died on the road, leading Kaufman to observe famously that ‘satire is what closes on Saturday night’. Nevertheless, the musical, substantially re-written, made it to Broadway in 1930 and started a vogue for shows that took potshots at American values.

The story rests on a simple premise: that a trade war can easily lead to a real war. A big cheesemaker, Horace J. Fletcher, is so outraged when Switzerland rejects the imposition of a 50% tariff on its produce that he sets off an armed conflict with his European rival. It’s palpably absurd, but no more so than the Marx Brothers movies in which Kaufman had a hand.