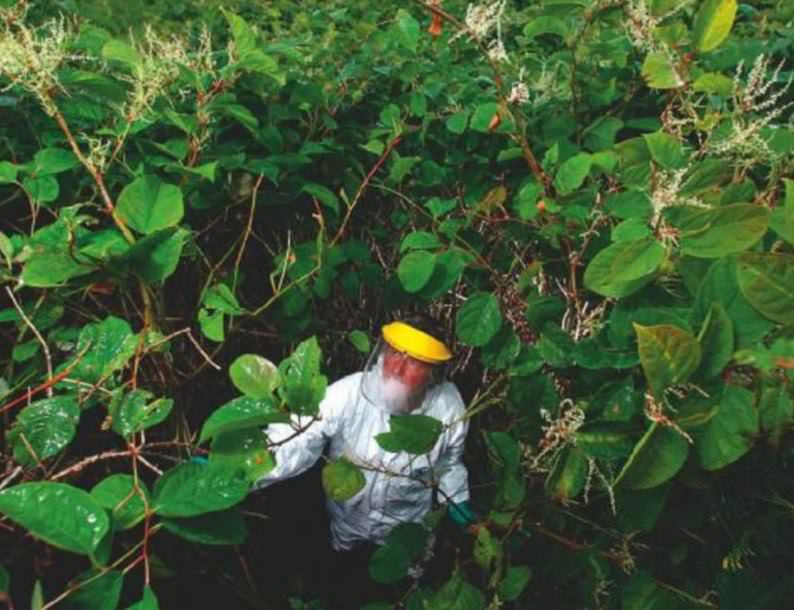 PUBLISHED in 1884, John Wood’s Hardy Perennials and Old-Fashioned Garden Flowers contains a sentence that changed British life: ‘It is a capital plant for the small town garden.

The plant in question was Japanese knotweed (Fallopia japonica). Wood’s intentions were good. He was encouraging Mr Pooter to garden above his pay grade by experimenting with a plant that was then considered outlandishly splendid and smart.

He wasn’t to know that ‘capital’ in this context would come to mean the £167 million or so now spent in the UK each year on dealing with the consequences of his recommendation.

Others in this period eulogised the knotweed, but they tended to advise planting it only on sites large enough to accommodate its marauding and monopolising. Sir Joseph Hooker, William Robinson and Gertrude Jekyll were among the greats who extolled it as an ornament of the newly fashionable wild and woodland gardens and as a centrepiece for stately lawns, all the while peppering their praises with warnings about its expansionism.