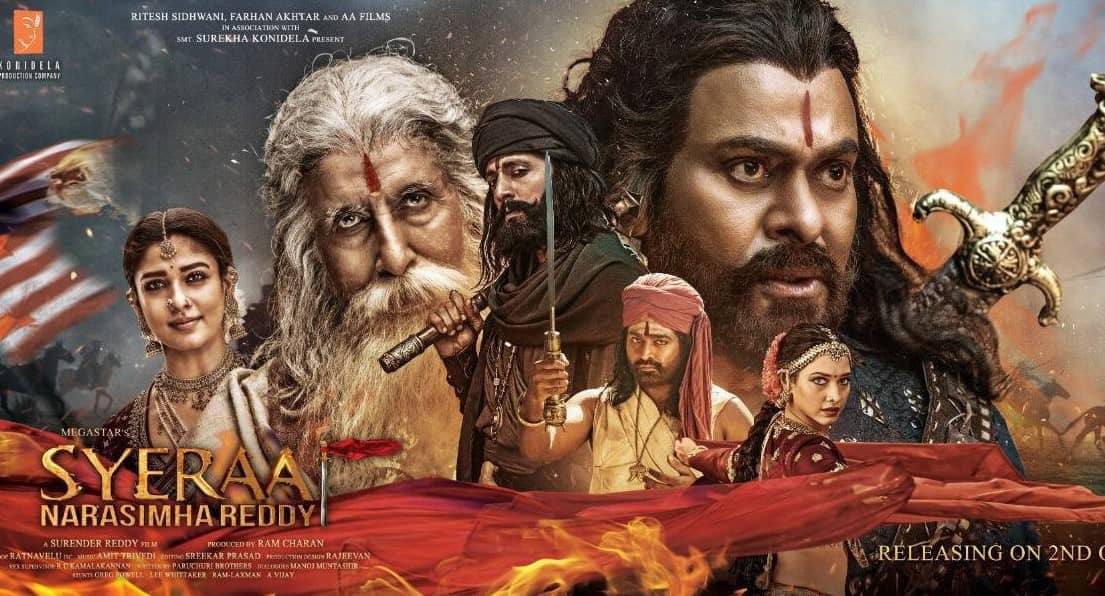 Sye Raa Narasimha Reddy is a 2019 Indian Telugu-language epic action film directed by Surender Reddy and produced by Ram Charan under the Konidela Production Company banner. A work of fiction, the film is inspired by the life of Indian independence activist Uyyalawada Narasimha Reddy from the Rayalaseema region of Andhra Pradesh.

The film stars Chiranjeevi in the title role along with Nayanthara, Tamannaah, Jagapati Babu, Sudeep, and Vijay Sethupathi in supporting roles. Amitabh Bachchan and Anushka Shetty make guest appearances. Filming began in Hyderabad on 6 December 2017. The film was released theatrically worldwide on 2 October 2019. The film will be dubbed and released in Hindi, Kannada, Malayalam, and Tamil.

The story is set around 10 years before India's First War of Independence.