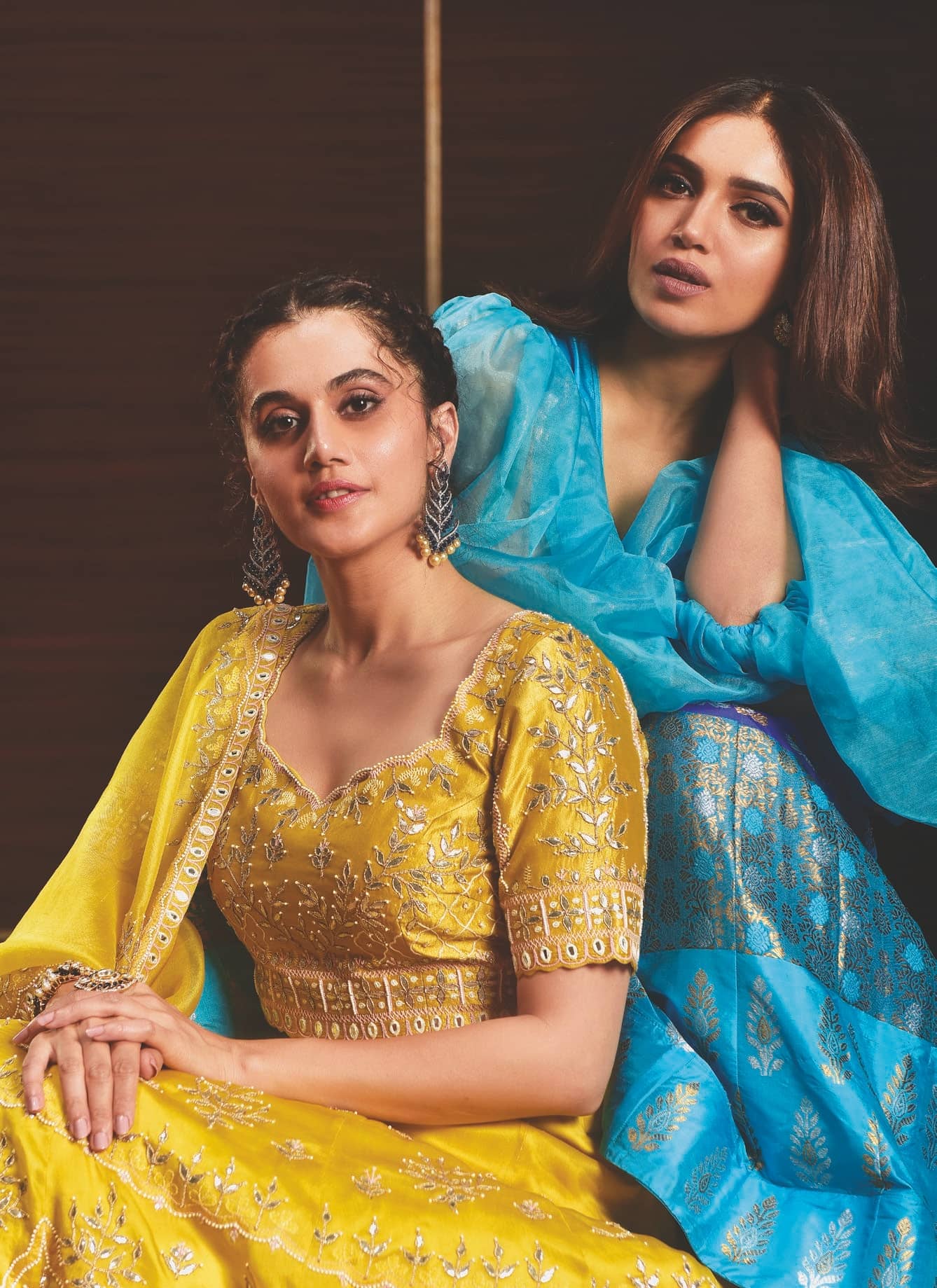 There seems to be no resting or stopping for you. Where do you get this energy from?

Well, I am getting so many great scripts, and I am very greedy for good scripts so I grab one at the slightest opportunity and then I won’t let it go. It doesn’t matter if I have to make six films in a year! I guess it is my greed for a good script that keeps me working.

Have you ever snatched up a script?

Not snatched but there was a script that I had said I wanted to do and I was told it would be narrated to me. But it was narrated to someone else and they said no. They took it to yet another person and it was turned down. It was narrated to two to three people but not to me. When I found out and asked them, I was told we are doing it with someone else and I thought ‘yeh kya baat hui?!’. But something didn’t work out and they came back to me. That was one film I really wanted and I wasn’t being given but it was destiny that it came back to me.

Earlier you had said that you would ask for scripts but now scripts come to you...

No, no. It is nothing like that. I often go to scripts (laughs).

Yes, well, I have gone and grabbed all of them. You are saying it like I have committed a crime (laughs). I mean yes, some directors do come to me, but I still go to some and ask for scripts.

Your plate is full this year.

My plate is overflowing right now. But none of the films are similar to each other and none of them are films that I would have been okay with someone else doing!

How difficult is it to switch from one film to another?

Right now it takes me about a week [to switch gears]. Earlier I used to really struggle. After Pink and Naam Shabana the hangover stayed for a long time. But now I have learned the trick to snap out of it. So, I basically pack my bags and go somewhere, either with my sister or alone, but always to a place where I can disconnect. Where there won’t be any talk of work for a week. And then I come back and start my next film.

Thappad was your idea?

No. It was Anubhav [Sinha] sir’s. I had told him I wanted to do something on domestic violence and he told me he had a story and that he would come back to me when he had developed it. This was the discussion we had during the promotions of Mulk. Then he started working on Article 15. Once he finished shooting that, he came to me with the script and said ‘this is what I have written, read and see if you want to do it’. Of course I had to do it!

Is there any incident like this that you have seen or heard of?

Don’t ask me anymore about this but I will say this that this is something that is very personal to me. Whatever I have experienced or seen, this is close to my heart.

A thappad (slap) is often seen as a lesson, about what not to do. Is there a lesson like that you have learnt?

First tell me who told you that a slap is a lesson? This is an erroneous thing that we’ve been taught since childhood. The root of this problem lies in our upbringing where parents feel that giving a child a tight slap will teach him not to do that thing again. The child thinks that since it is coming from parents it is for their good and it is okay to get hit or hit in such close relationships. That this is a way of showing love. That child grows up and slaps his wife. “Pyaar hai”, because parents used to slap and there is no love like a parent’s love. So when you have to teach her a lesson then slap your wife. Because that is a symbol of true love as he has learnt from his parents.

That is the root cause. We have to stop hitting children to teach them a lesson so that they don’t go around slapping people when they grow up. Violence in any form is wrong.

But you know they think that “pyaar se maara hai”...

It is not love. That is what you think. What is the learning the child is getting from it? That slapping someone makes things right and that the ownership of love can be displayed through a slap. It becomes a right, and that becomes exploitation.

What is the solution that this film upholds?

This is how all of us who are attached to the film feel.

How would you teach someone a lesson?

If you are not agreeing with someone on something or you are feeling angry, sit down and talk. Try to explain things, if they don’t work out then leave. Do you want to spend your entire life fighting with someone? Life is short anyway. So either there is respect and understanding or don’t stay in the relationship.

Does the film send out a specific message?

No, the film tells a story, there is no message. It is the story of one girl and there are eight other women of different age groups in the story — from a 13-year-old to people like Ratna Pathak Shah and Tanvi Azmi — and each of them have their own graphs. The common thing is that all their stories are connected with mine. My incident happens in public, in front of everyone, and how my reaction to this incident affects the lives of these people, what lesson these people give me, and what changes my reaction brings to their lives, that’s the story the film tells.

There is no courtroom so there is no lecturing. It is just the story of Amrita.

A slap is often considered a small matter, but it is not that. It is actually something much bigger. What do you have to say about that?

That is what this film is all about. Like Anubhav sir says, this film is a one-liner, that it is not okay. To flesh it out into a twohour long film — I mean it is a simple story, he slapped her, she wants a divorce — it depends on how engaging you can make it by adding other characters who bring different takes on the same incident. It might be a simple thing but it brings up the question of respect and the depth of the most intimate relationships.

A lot of people say you make ‘anti-men’ films, but you are doing all kinds of films. Do you see yourself as being typecast? How do you feel about that?