May The Force Be With Her 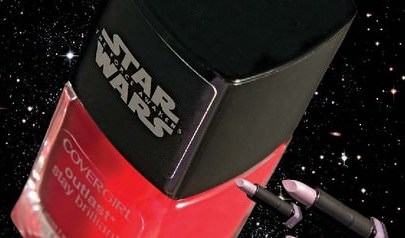 The franchise is becoming “more inclusive of both genders”

Walt Disney has what could be its most formidable heroine ever in Rey, a main character in Star Wars: The Force Awakens. She could be a merchandising juggernaut, too.

In trailers, the protagonist played by English actress Daisy Ridley races a landspeeder, wields a stafflike weapon, and helps pick an exhausted male ally up off the ground. Not much is known about Rey, because Disney’s keeping a tight lid on plot details before the movie’s Dec. 18 opening. One sure thing is that Rey is part of a push by the world’s largest entertainment company to attract more girls and women to the Star Wars franchise and get more money from them by expanding the line of movie merchandise.

That’s a big change for a line historically dominated by lightsabers and action figures. Most Star Wars products sold before Disney bought Lucasfilm in 2012 were toys aimed at boys, says Paul Southern, who runs the studio’s Star Wars licensing business. “Star Wars,” he says, “became known as the biggest boys’ brand in history.”