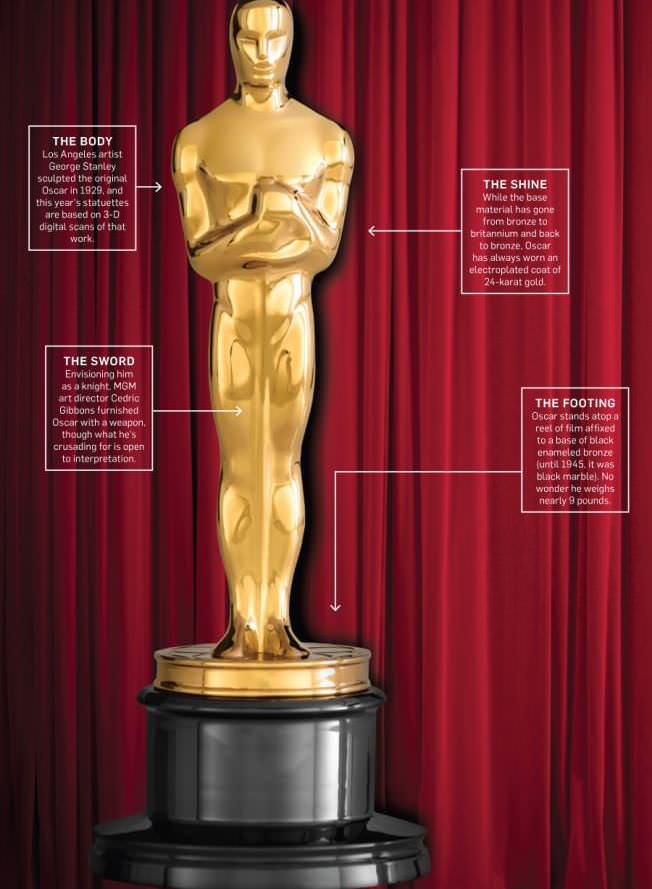 He's a trophy, a symbol and a legend. The story of Hollywood's original golden boy.

Face-lifts are nothing new in Hollywood, but the one that made the news last week caused a stir nevertheless. The 88-year-old in question still had a strong jawline. His pecs were still pretty firm,too. But sooner or later, every leading man needs a little nip and tuck.

This time, it was Oscar’s turn. He’s 13½ inches tall, weighs 8½ pounds,and sports a coat of 24-karat gold. There are 2,947 of him out there so far—and countless more industry folk who wish they had one. But no numbers can fully explain the allure of this legendary trophy, maybe because the Oscar was never just a trophy in the first place.

The significance of the statue, explained Hollywood historian Laurie Jacobson, has always existed on two levels. “For the lucky winners, it is the physical manifestation of the blood and sweat and hope and guts it takes to rise to the top of an industry,” Jacobson said. And for the rest of us? “It is the most recognizable prize in the world—the very symbol of the Academy [of Motion Picture Arts and Sciences] brand.”

And therein lay the deeper mystique of the Oscar—a thing that transcends movies and the actors who star in them. “Its brand power comes from concentric circles,” said Chris Raih, founder and CEO of Zambezi, an L.A.-based communications firm rooted in the entertainment industry. “Most would say Hollywood cinema is the center of the entertainment world. Well, Oscar is the center of the cinema world. The celebrities we obsess over … obsess over Oscar.”