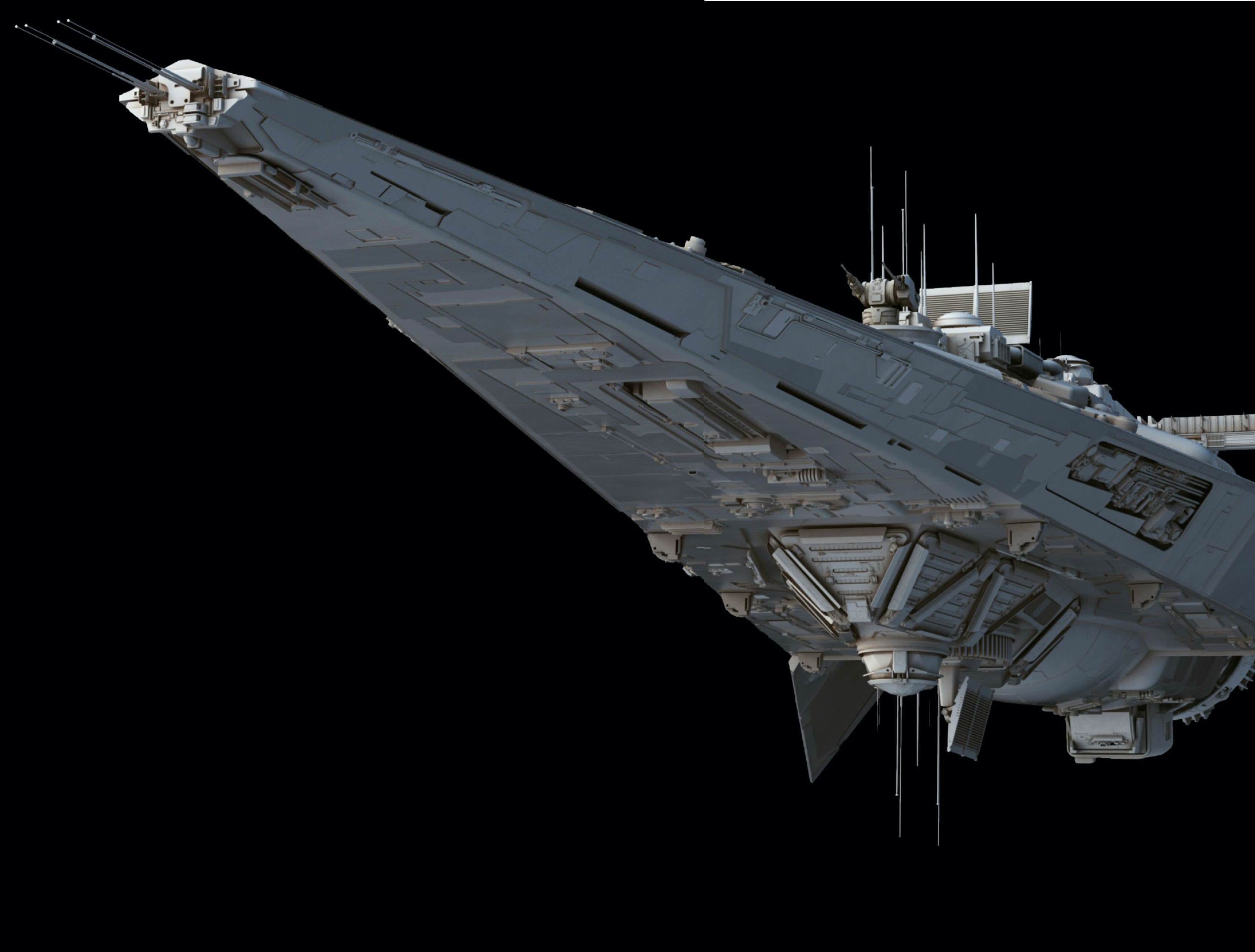 With the imminent release of Rogue One: A Star Wars Story, and Industrial Light & Magic’s use of old fashioned kit-bashed models to recreate the tone of 1977’s A New Hope, we turned to artist Ansel Hsiao this issue for his advice on how to get that Star Wars kit look in your CG.

“First you have to ask the question: what is it?” explains Ansel as we ask where to begin. “Real machines are typically built for a reason. Science fiction machines tend to be built for a look. The best Star Wars design incorporates both elements; the ‘used universe’ aesthetic works because the vehicles it produces look like they could plausibly be used.”

To capture that balance of use and imagination, Ansel recommends starting with an idea of what the vehicle or spaceship is designed to do and, “work those considerations within the overall art direction. After all, a freighter bristling with guns looks a bit weird.” Ansel explains

further: “Here, I wanted to capture the classic Imperial Star Destroyer look, but much smaller. The idea was for the ship to be a scout. So continuing to brainstorm the design, I gave it lots of sensors and antennae, and wanted to make it look fast and elusive.”

Start at the base

Ansel begins creating the Star Destroyer variant with the basic hull shape. “The basic Galactic Empire aesthetic is based on relatively clean and geometrically regular shapes and sharp angles,” he explains. “There are lots of complex surface details, but they should by and large conform to the basic shape.” (Take a look at the boxout: Start with Basic Shapes, in order to see Ansel’s step-by step process for creating the base shape of his Star Destroyer).