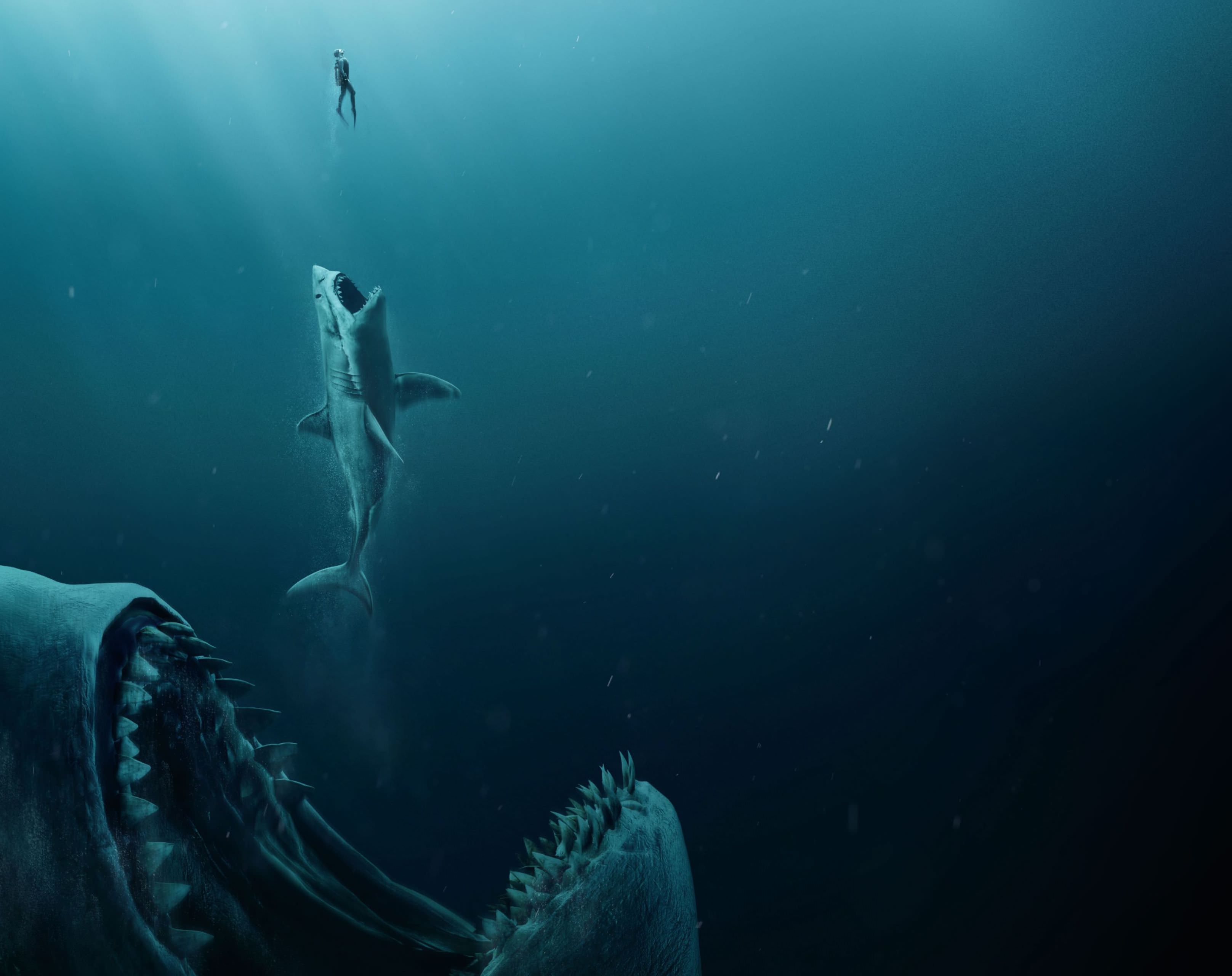 Trevor Hogg deep dives into the visual effects of The Meg with insights from Adrian de Wet, Scanline, DNEG and Sony Pictures Imageworks

By digitally recreating a 75-foot long prehistoric Megalodon, filmmaker Jon Turteltaub (National Treasure) has sought to craft a shark-versus-man thriller that can stand apart from the genre-defining Jaws released in 1975. The Meg stars Jason Statham as rescue diver Jonas Taylor as well as cast members Li Bingbing, Rainn Wilson, Ruby Rose, Winston Chao, Cliff Curtis and Jessica McNamee; they have to work together in order to save the world from a massive predator that has been inadvertently unleashed from the oceanic depths of a deep ocean trench.

“Jon is always driven to make something that’s entertaining, compelling and has a broad appeal,” states The Meg visual effects supervisor Adrian de Wet who previously collaborated with Turteltaub on The Sorcerer’s Apprentice (2010). “He likes to shoot from the hip.” The movie was split into three sections. DNEG looked after the ocean trench and Mana One Oceanic Research Station. The opening sequence, underwater shark cage chase, the water surface attacks of the Meg, the night sequence with the death of Jack Morris (Rainn Wilson), and the Meg attack on Sanya Bay were the responsibility of Scanline. The climatic showdown at Sanya Bay that involves the glider chase was overseen by Sony Pictures Imageworks. Further additional support for the 2,000 visual effects shots came from Image Engine, Soho VFX, Umedia, Instinctual VFX, HALON Entertainment and Unit Eleven Digital Production Services. 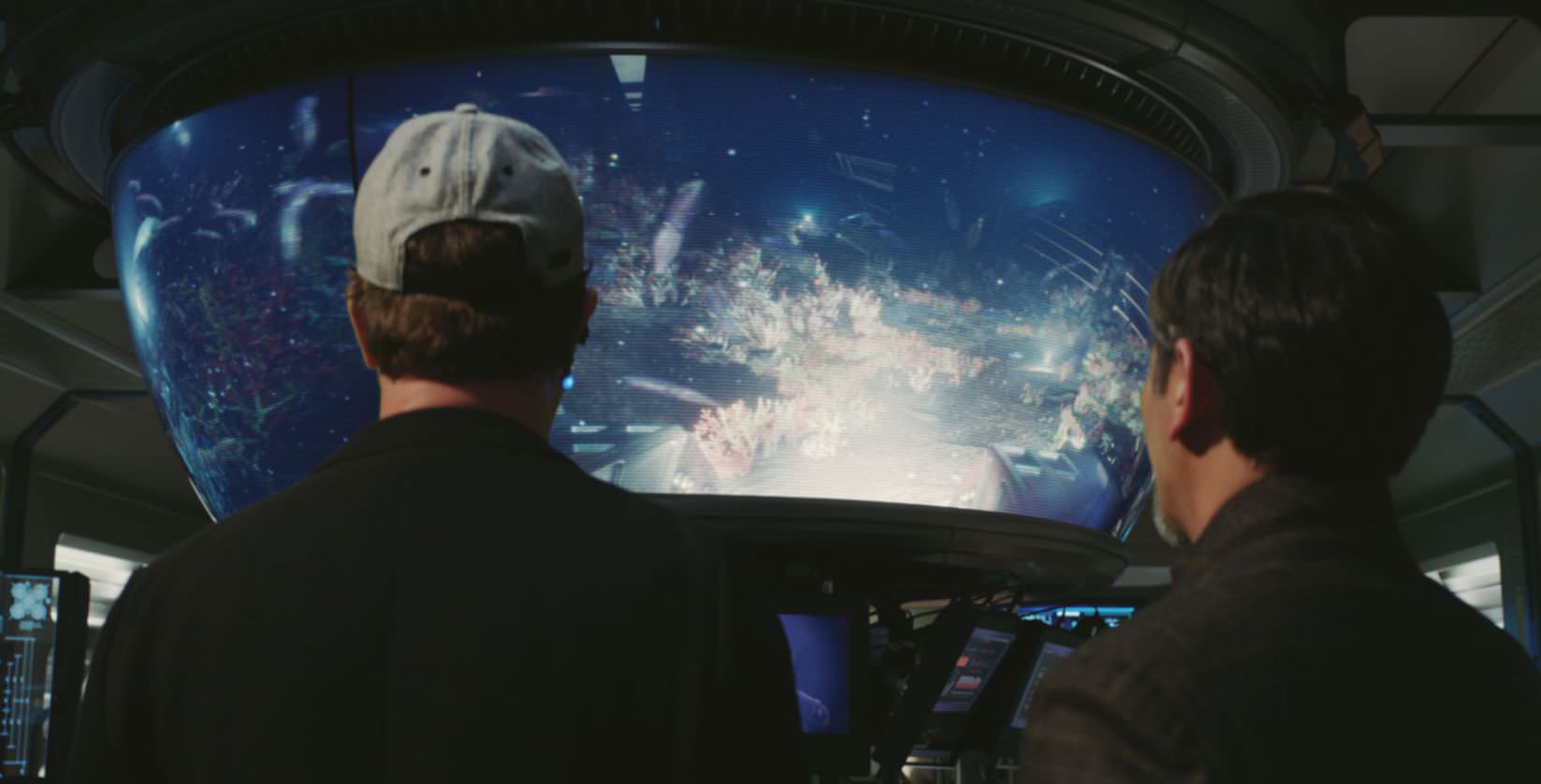 Since sharks have skeletal structures made out of cartilage, the only remaining fossils of the Megalodon are its teeth. “When reading the Meg books by Steve Alten, I imagined it to be a massive albino Great White that’s 70 feet long,” notes de Wet. “Jon didn’t want that at all. The Meg had to look like something that people would have never imagined.” A key reference was the Greenland shark which has brown mottled skin, and an effort was made to make the aquatic antagonist bulkier and wider than the long and sleek Great White. “We changed the face to make it look meaner and angrier than a Great White, the dorsal finis bigger than it should be, and an extra gill was added. We placed scars and lacerations all over its head and body that could be from having a battle with a giant squid. That was a basic design. Then we got onto the biodynamics such as how it moves and the muscle systems. We got the jiggle to be just right as it swims around. We had lots of different swim cycles.” 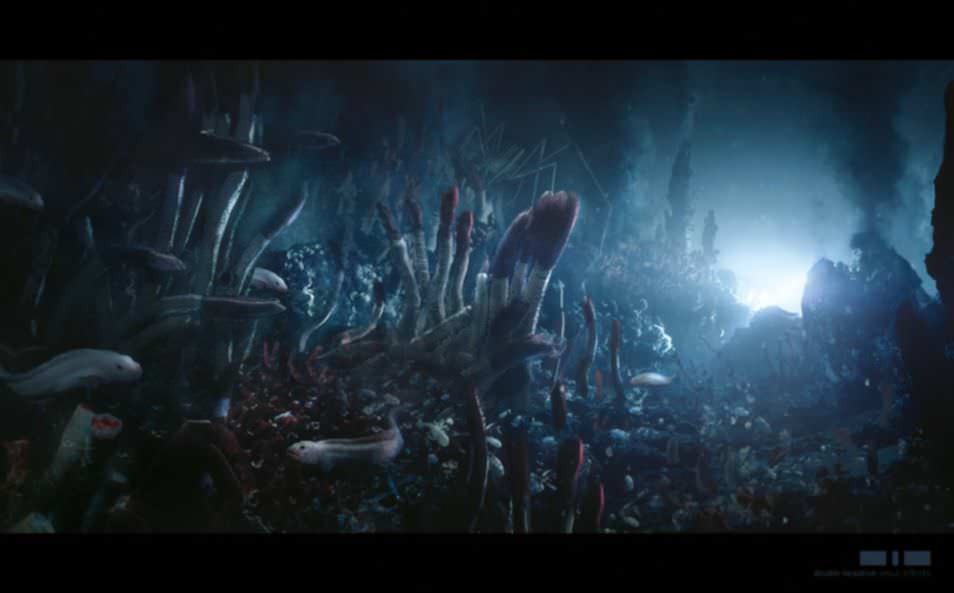