How The New Political Correctness Is Ruining Education 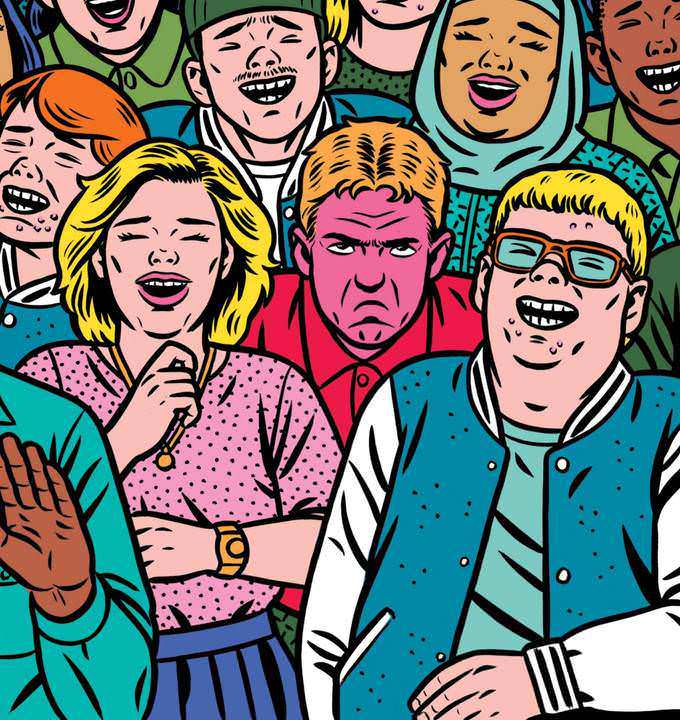 Three comic s sat around a café table in the chilly atrium of the Minneapolis Convention Center, talking about how to create the cleanest possible set. “Don’t do what’s in your gut,” Zoltan Kaszas said. “Better safe than sorry,” Chinedu Unaka offered. Feraz Ozel mused about the first time he’d ever done stand-up: three minutes on giving his girlfriend herpes and banging his grandma. That was out.

This was not a case of professionals approaching a technical problem as an intellectual exercise. Money was riding on the answer. They had come to Minneapolis in the middle of a brutal winter for the annual convention of the National Association for Campus Activities (Naca), to sell themselves and their comedy on the college circuit. Representatives of more than 350 colleges had come as well, to book comics, musicians, sword swallowers, unicyclists,magicians, hypnotists, slam poets, and every kind of boat act, inspirational speaker, and one-trick pony you could imagine for the next academic year.

For the comics, the college circuit offers a lucrative alternative to Chuckle Hut gigs out on the pitiless road, spots that pay a couple hundred bucks and a free night in whatever squat the club owner uses to warehouse out-of-town talent. College gigs pay easily a grand a night—often much more—and they can come in a firecracker string, with relatively short drives between schools, each hour-long performance paid for (without a moment’s ugliness or hesitation) by a friendly student-activities kid holding out a check and hoping for a selfie. For all these reasons, thousands of comics dream of being invited to the convention.

The colleges represented were—to use a word that their emissaries regard as numinous—diverse: huge research universities, tiny liberal-arts colleges, Catholic schools, land-grant institutions. But the students’ taste in entertainment was uniform. They liked their slam poets to deliver the goods in tones of the highest seriousness and on subjects of lunar bleakness; they favored musicians who could turn out covers with cheerful precision; and they wanted comedy that was 100 percent risk-free, comedy that could not trigger or upset or mildly trouble a single student. They wanted comedy so thoroughly scrubbed of barb and aggression that if the most hypersensitive weirdo on campus mistakenly wandered into a performance, the words he would hear would fall on him like a soft rain, producing a gentle chuckle and encouraging him to toddle back to his dorm, tuck himself in, and commence a dreamless sleep—not text Mom and Dad that some monster had upset him with a joke.

Two of the most respected American comedians, Chris Rock and Jerry Seinfeld, have discussed the unique problems that comics face on college campuses. In November, Rock told Frank Rich in an interview for New York magazine that he no longer plays colleges, because they’re “too conservative.” He didn’t necessarily mean that the students were Republican; he meant that they were far too eager “not to offend anybody.” In college gigs, he said, “you can’t even be offensive on your way to being inofensive.” Then, in June, Seinfeld reopened the debate—and set of a frenzied round of op-eds—when he said in a radio interview that comics warn him not to “go near colleges— they’re so PC.”

When I attended the convention in Minneapolis in February, I saw ample evidence of the repressive atmosphere that Rock and Seinfeld described, as well as another, not unrelated factor: the infantilization of the American undergraduate, and this character’s evolving status in the world of higher learning—less a student than a consumer, someone whose whims and affectations (political, sexual, pseudo-intellectual) must be constantly supported and championed. To understand this change, it helps to think of college not as an institution of scholarly pursuit but as the all-inclusive resort that it has in recent years become—and then to think of the undergraduate who drops out or transfers as an early checkout. Keeping hold of that kid for all four years has become a central obsession of the higher-ed-industrial complex. How do you do it? In part, by importing enough jesters and bards to keep him from wandering away to someplace more entertaining, taking his Pell grant and his 529 plan and his student loans with him.

But which jesters, which bards? Ones who can handle the challenge. Because when you put all of these forces together— political correctness, coddling, and the need to keep kids at once amused and unoffended (not to mention the absence of a two-drink minimum and its crowd-lubricating effect)—the black-box theater of an obscure liberal-arts college deep in flyover territory may just be the toughest comedy room in the country. 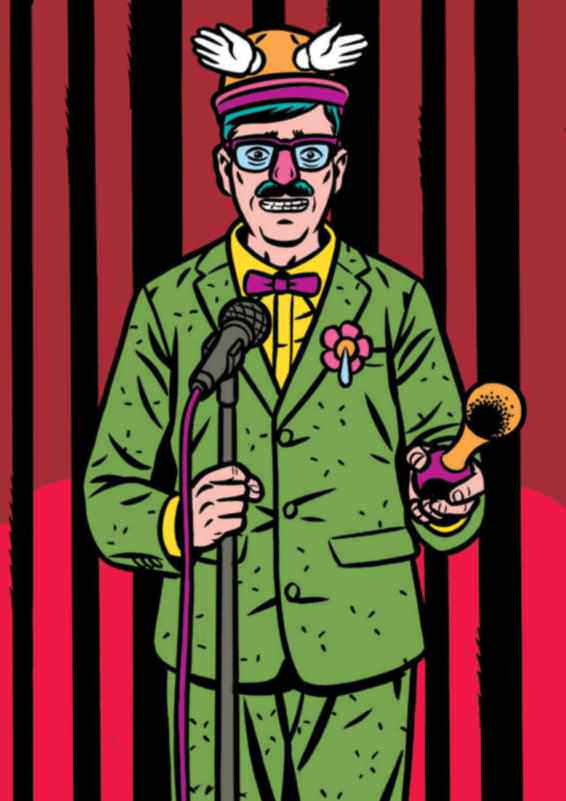 You can’t use logic on these people,” Geoff Keith told me over dinner at the Hilton, “or then they think you’re a dick.” He was about to walk through one of the frigid skyways connecting a cluster of downtown hotels to the Minneapolis Convention Center, where he would perform for 1,000 potential buyers, but he evinced not a trace of anxiety other than to glance at his iPhone now and then to make sure he wasn’t late.

Keith is one of the kings of the college circuit. A few years ago, he was the most-booked college comic, playing 120 campuses. He charges $2,300 for a single performance.