Rajinikanth A Superstar Or Powerful Politician? 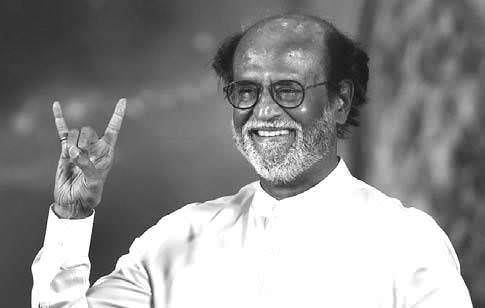 Will Rajinikanth’s political career be as successful as his movie career? Will his mass appeal influence the grassroot voters? Will his Non-tamil origin come in the way?

“I want to create a political revolution”, said Shivaji Rao Gaekwad aka Superstar Rajinikanth. He said this after announcing his intention to enter politics, and ending years of speculation. In the past, many political parties have coaxed and cajoled Rajinikanth to enter politics. Rajinikanth sent some signals in this direction but never did he plunge into the political scene. Perhaps, he chickened out. There was a powerful leader already - Amma or J Jayalalithaa, from whom he felt threatened.

Of late, Tamil Nadu politics has seen a different pattern, unlike other states of India. Tamilians are choosing theatre personalities as their elected representatives - from MGR to Jayalalitha, these cinema personalities seem to have a strong influence over people. Karunanidhi, though not an actor, was writing for the film industry. Tamilians are influenced by personalities rather than ideologies. Will this prove to be an advantage to Rajinikanth? Will be a powerful politician? Will be able to rise to the levels of MGR? Let’s find out what the stars say.

Rajinikanth’s birth details are not publicly available. When I asked my astrologer friends if they had in their possession the horoscope of Rajinikanth, I got different birth details. However, these two birth-data had the highest votes.

Both these horoscopes indicate Simha Lagna or Leo Ascendant. However, I have my own doubts.

The first question that arises in my mind is whether Rajinikanth is a Leo born or a Virgo born. Let’s look at the qualities of both these ascendants

Famous, Inclined towards charity and serving others