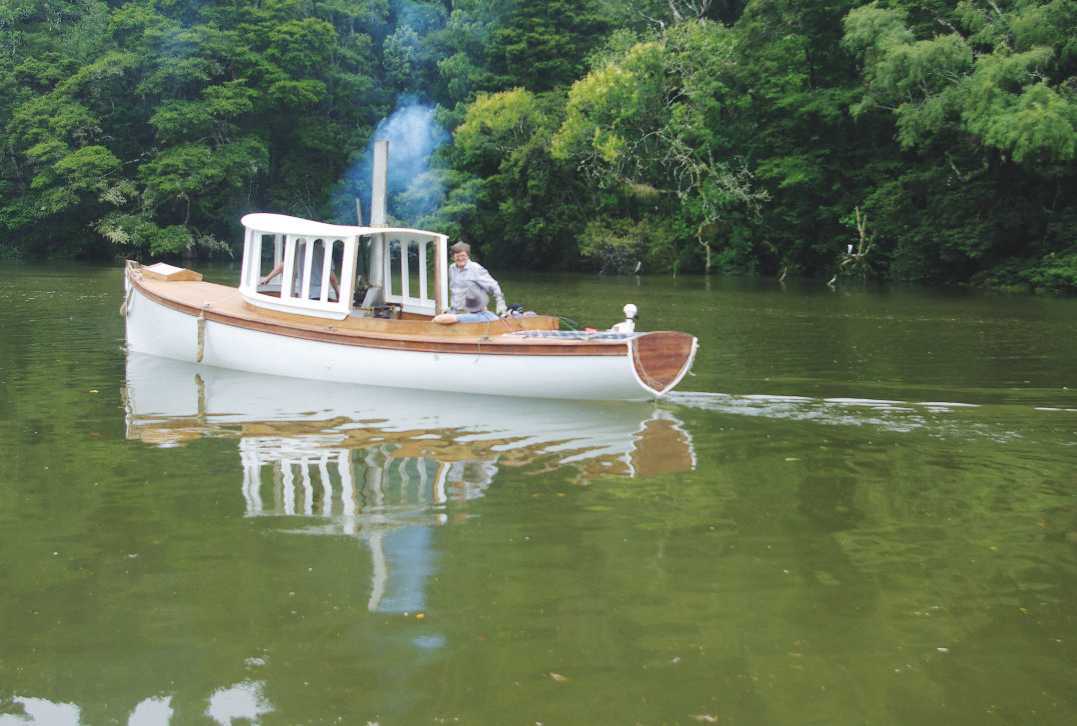 Dancer needed a boiler that would be somewhat larger than the size permitted under the Model Engineering exemptions in the New Zealand regulations.

This would apply equally in the United Kingdom where, I believe, the sizes and pressures allowed are similar. This meant either finding an existing commercially made boiler of a suitable size, or building one. In the early stages of the project, this aspect was put aside on the basis that ‘something will show up.’ In due course, when I moved to Auckland, I found that Ken and Andrew Pointon at Colonial Ironworks (NZ) had designed and built a number of boilers in the size range required. One of their designs in particular had been built by a fellow society member in Hamilton. I was able to negotiate a copy of the drawings in return for some non-monetary consideration and the Pointons were very helpful with advice on how to proceed.

A boiler of this sort has to be built with traceable materials and all welding must be done by a suitably certified welder with several inspections along the way. The cutting, drilling and, where applicable, bending of tubes was able to be done by myself, as was the expanding of the small water tubes into place. The design is of the Yarrow type, with an 8 inch top drum and two 5 inch mud drums. The top drum has a small dome, made from the same diameter tube as the mud drums and capped off with a standard pipe flange and cover plate. The steam drum and mud drums are capped off with covers made from certified boiler plate, held in place with stays through the drums. The steam drum has three stays, while the mud drums each have one.

All of the tube material is ASTM standard line pipe, as used extensively in the oil industry and so quite readily available. A problem did occur with one piece, where the supplier had not arranged for it to be stamped by the certifying agency before shipping it to me. Unfortunately, the factory heat numbers on this fairly short piece of tubing were not quite complete so the local inspector would not accept it. This did reveal that the inspectors go by the painted on factory numbers and a later inspector told me that he would have accepted it since there was enough to be sure that it was, in fact, the piece of tube identified in the written documentation. By that time I had of course replaced it with another piece. Photograph 32 shows a stamped number on one of the tubes.

The larger pieces of tube required cutting to length and then cleaning up the ends in the lathe. This was somewhat beyond the capabilities of the Myford but by this time I had plenty of contacts with bigger machines and was easily able to do this. I also had to make the stays from the bar material provided, turning the end down and cutting a screw thread. The four large ‘downcomers’ for each end were bent to shape and many holes were drilled and reamed in the steam and mud drums for the small tubes. They were marked out using a paper pattern, printed and assembled from multiple sheets on the laser printer. Photograph 33 shows one of the paper patterns in place and photo 34 shows the tube with the holes drilled and reamed. Two holes at the bottom of the large drum had to be milled since they are tangential to the inside of the tube. One of these is shown in photo 35. A wooden jig was then made to hold everything in the right places (photo 36) and it all went off to the welders. There is not actually a lot of welding in this boiler, since the small tubes are all expanded into place. It did not take long for the welder to do the work and then the boiler came back, ready for me to fit the small tubes.