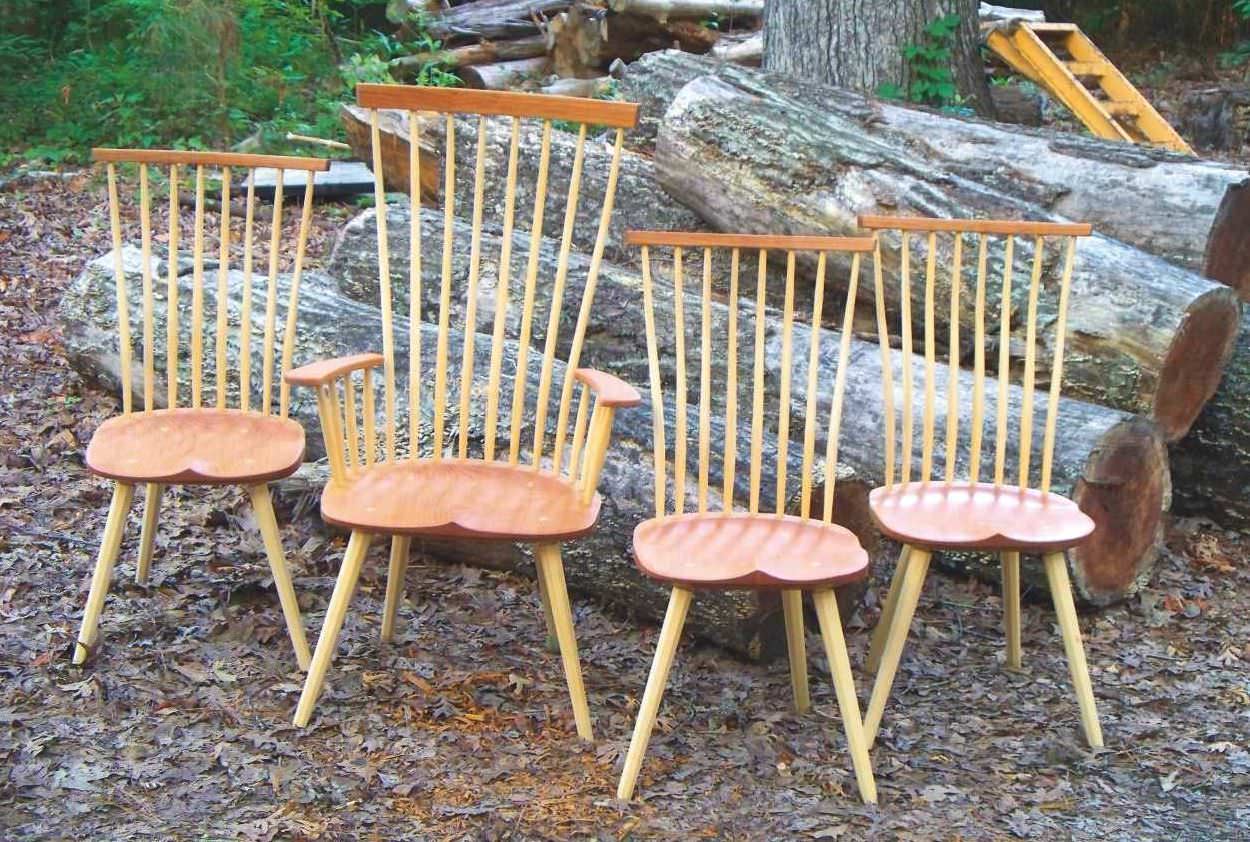 Sailing over from England in 1985 and upon landing on America’s shores, Michael Brown went about building his own timber-framed house before setting up a business making stunning bespoke hand-crafted chairs and furniture, which he continues to do to this day.

The handmade wooden chair is an item steeped in history and one which is still as popular today as it was in the 18th century. While design has inevitably moved on to embrace current trends, it is reassuring to know that there are craftsmen remaining who are still working to these age-old designs (although moving with the times) and keeping the tradition alive. One such craftsman is Michael Brown, an Englishman who made the trip over to America back in 1985. This is quite a story in itself, as he made his way over on a 42ft fiber glass sailboat, stopping in Bermuda to repair hurricane damage, and here he also met his wife-to-be. Leaving Bermuda safe and well, with his future wife in tow, Michael then spent the next seven years in New York,before the couple decided to buy some woodland on the edge of Beard Creek, North Carolina. “It wasn’t long before I started to selectively cut down trees to build our home,” Michael says. “I meticulously sawed the trees into posts and beams, following the finest practices of generations past. I raised a frame of pine, sycamore, oak, poplar and maple, connected with wooden pegs that glowed in the setting sun and cut right to my heart.” When they designed the house, which technique-wise Michael refers to as “just mortise & tenon joinery on a bigger scale,” the couple were living on their boat, so it ended up being bigger than they really needed, but as you can see from some of the photos shown here, the end result is truly amazing and includes a lot of fun details and quirky features. 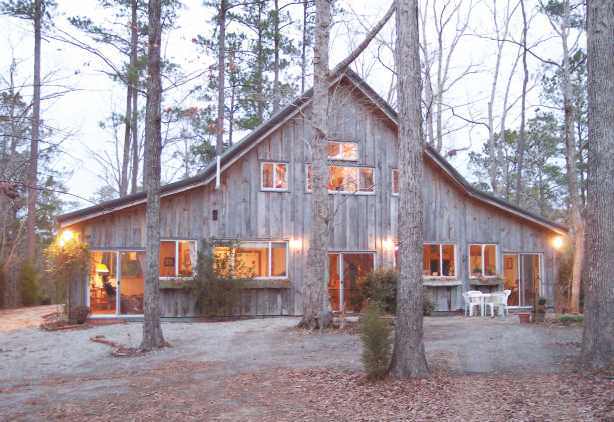 A love of working wood

When asked about his background it seems that boat building and woodworking were very much in the family, with Michael telling me how his father would renovate wooden boats in his spare time: “We would sail it for a while and then he would get a bigger one, before we started all over again. So he gave me the love of working wood.” Michael says he chose chair making as it is the hardest and most complex of all the wood based trades and therefore the least competitive, so the more likely it was for him to make a living and be able to support his family. Fast forward some 20 years and Michael’s business is very much going strong, as he continues to create his interpretation of the original Windsor chair, producing office, dining, rockers, stools, comfy-rondack and various other chair designs as well as pieces of custom furniture.

A preference for hand tools

Working from his functional workspace/studio – an unheated pole barn that is great to work in during the summer but freezing cold in the winter – Michael crafts chairs and furniture by hand using a selection of manual tools. While he does admit to using the odd power tool where necessary, he predominantly works with traditional hand tools, including spokeshave, cabinet scraper, frame saw, adze, planes and a homemade shaving horse, which happens to be his favourite tool: “You sit on this thing like a stallion and kick the foot bar, pull the ’shave and generally pretend you are on your childhood rocking horse,” he says. “It is, of course, a handmade horse using whatever was lying around when I needed to make it, and I imagine one day I will improve its looks!”

Michael says, however, that his preference for hand tools is purely aesthetic: he likes the sound, speed and feel. He uses old wooden spokeshaves where the blade is (almost) parallel to the wood,which makes them much easier to push or pull: “A tool designed for ease makes sense; adjustment is a mere knock on the shaving horse, no knobs, no bolts, just tapered metal tangs in wooden holes – simplicity itself.”

Despite being influenced by traditional designs, Michael says that he is not tied to traditional methods – he believes in using what is available today to make the task as easy as possible.