Caste and Class in INDIAN AGRICULTURE 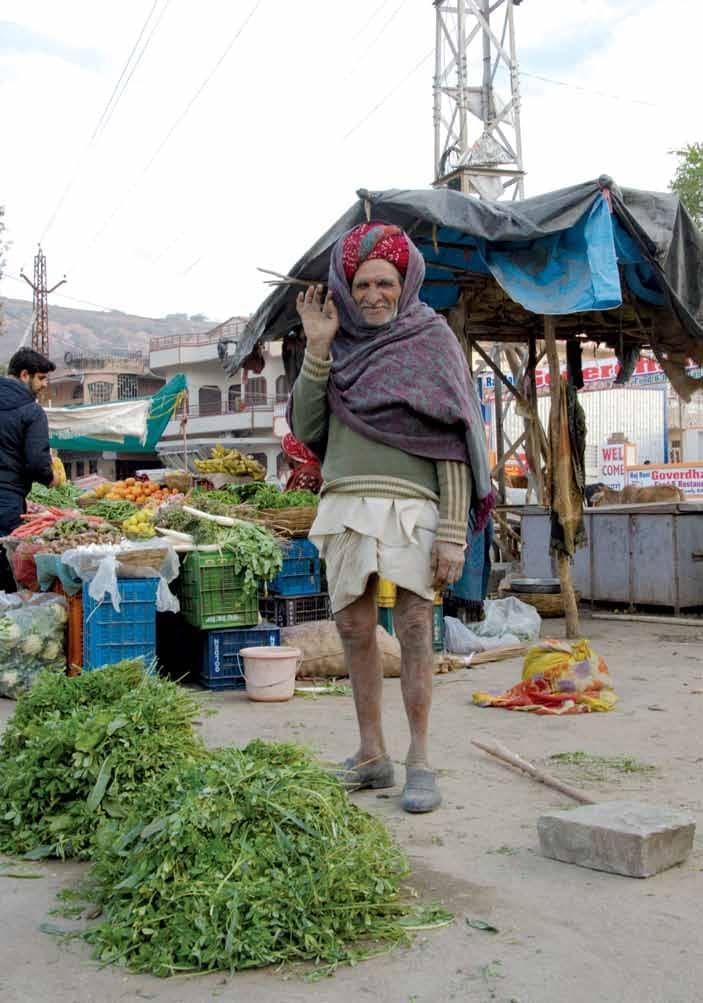 The study reviews varying perspectives on the debate of caste and class in Indian Agriculture. It evaluates the emergence of caste and class differentials from the colonial to post independence period. It brings out that class differentiation in Indian agriculture has become vivid since the initiation of Green Revolution. Taking case studies of two villages from agriculturally developed and backward states of Haryana and Rajasthan respectively it concludes that caste and class are not exclusive social categories in rural India. In both cases the middle castes have emerged as dominant castes and unlike eastern India, agrarian societies have dispersed inequality. But division of agrarian classes and inequality in distribution of land are very sharp in Haryana but quite blurred in Rajasthan.

Caste represents a distinct social identity and economic entity in most societies in India though the magnitude of its domain varies across regions. It is a common phenomenon in Hindu society but other religious communities are not unfamiliar to caste based stratification. It is a category that acquires a permanent status within a well defined social hierarchy, characterised by hereditary status and representing an extreme form of closed social system. Caste is an endogamous group sharing a common hereditary lineage and imposing on its members certain restrictions in social interaction. The caste system has also been instrumental in defining the contours of rural economy as occupation and functional relationship of the people have been tied to castes under the Jajmani (patron-client relationship) system. It has also for long defined hereditary rights of communities on land and other properties in the rural areas.

Contrary to caste, class is an abstract social category having no clear boundary or criteria for identification. It is not an organised and precisely defined closed social group. There are two approaches in identification of social classesMarxist and Non-Marxist or Weberian. In the Marxist approach, stratification of the society is identified in terms of mode and relations of production. So, in the agrarian societies it is the mode of production in agriculture that validates its classification. Most of the Marxists studies have identified classes in rural societies based on land ownership, types of peasants (landowners, tenants, landless etc.), types of agricultural technology, labour class and the amount of surplus produced. Weberian approach classifies the society on the basis of three parameters—wealth (capability to produce or inherit property), power (control over others) prestige (lifestyle, honour). The identification of class through this approach is done based on a combination of these parameters. 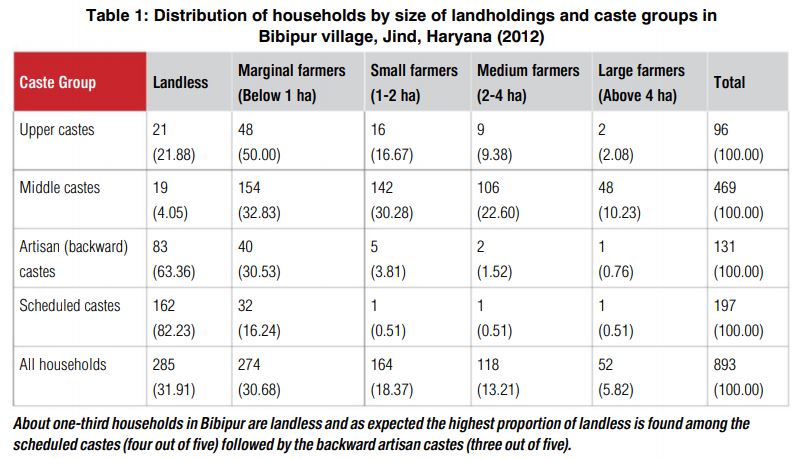 Overlapping domains of Caste and Class in agrarian society

Andre Beteille says that the agrarian economy of India cannot be understood without understanding its social framework (Beteille 1974). Caste and class in rural India intertwine and crisscross each other. Rural economy of the country is organically connected to both caste and class. However, its relation with caste is quite transparent and clearly defined. Caste relations with the economy are socially legitimised and sanctioned. The upper caste status allows people to refrain from physical work and empowers them to exploit the lower castes in both economic and the social sphere. The class concerns ownership, control and use of land resources. It broadly classifies the agrarian society as landowners and the landless. The latter category is further classified as tenants and agricultural labourers. There is a direct correspondence between caste and class in the eastern region of India as upper castes mostly own land, middle castes have been traditionally tenants on their lands and lower castes are providers of agricultural labour. Andre Beteille calls this correspondence between caste and class as cumulative inequality and distinguishes it from dispersed inequality where upper castes no more represent upper class (Beteille 1974).

There are broadly two formulations on relation between caste and class. First, is that stranglehold of caste in the society is breaking down and it is being replaced by class. The second formulation postulates that caste and class are not exclusive social categories. Rather different classes such as rich and poor coexist under the domain of same caste. Andre Beteille was a protagonist of the first view (Beteille 1974). It has been supported by Pauline Kolenda through her work in Kanyakumari, Tamil Nadu and through the separate works of Jan Bremen and A M Shah in different parts of Gujarat (Kolenda 1981; Bremen 1974; Shah 1982). The genesis of the second formulation is linked to the dominant caste concept of M N Srinivas who has defined it in terms of ownership/control of land and numerical concentration of a caste in a region (Srinivas 1962). The dominant castes are often placed at the top or middle level in local social hierarchy. Gail Omvedt also pointed out that caste and class are no more correlated and economic differentiations exist in every case (Omvedt 1981). Ramkrishna Mukherjee opined that class structure cuts across the caste hierarchy forming new alliances and antagonism (Mukherjee 2000). The classes exist across the castes but large and medium size farmers mostly belong to dominant castes whereas the lower castes (Dalits) have been mostly agricultural labourers.

MORE STORIES FROM GEOGRAPHY AND YOUView All