Ryan Young: A Study In Contrasts 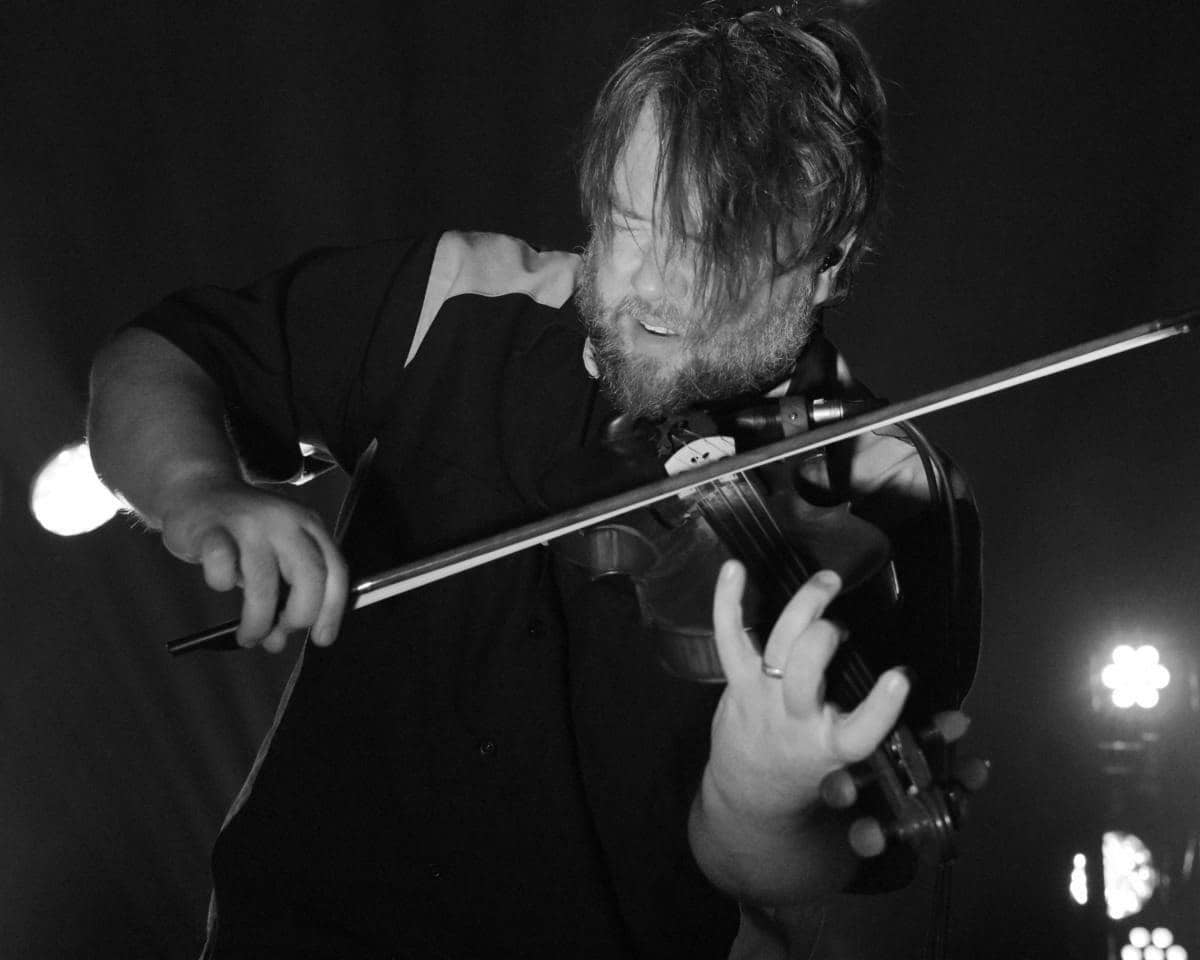 Ryan Young is a study in contrasts. Known for wild and percussive playing onstage with Trampled by Turtles, he is almost shy offstage.
Desiah Melby

Soft-spoken and unassuming, he carefully considers my questions about his approach to soloing. We are picking up an ongoing conversation, one we have been expanding over the last five years, as Young has taught me his unusual viewpoint on fiddling.

I’m fascinated by Ryan’s approach to music. His musical voice is utterly unique and compelling. His approach to soloing and backup are nontraditional and have helped propel Trampled by Turtles to the top of the bluegrass scene for the last 15 years. Trampled by Turtles straddles between American bluegrass and folk rock and has released nine albums, several of which have been #1 on the Billboard bluegrass charts. Center on all the recordings are Ryan’s solos, which often experiment with adjusted timings, haunting tones, and unexpected countermelodies.

Young began exploring music on a variety of instruments in early childhood. He fondly remembers DJing his plastic records for the family and has pictures of himself playing a plastic KISS-themed guitar at the age of 2. He got his first real guitar at the age of 6 and his uncle taught him basic chord shapes. Young cites his early musical inspirations as things that his father and uncle were listening to: The Beatles, Led Zeppelin, Prague Rock, Frank Zappa, Rush, and Yes. Young’s uncle, who taught him the guitar chords, also taught him some Led Zeppelin and Rush songs, just to get him going. Listeners can still pick out this influence in his interpretations, through driving percussive beats and frenetic solo arpeggio-style runs.

He began violin in fourth grade orchestra. Originally, he signed up for viola because he had never heard of the instrument and was intrigued. However when his mom went to rent the viola, she asked for the wrong thing and he ended up with a violin.

As soon as other people he knew started playing instruments, he began forming bands, “all sorts of bands – rock and roll, jazz, funk, and R&B…,” says Young. He was always playing with friends and was “terrible and experimental.” He learned a lot from doing that in junior high, high school, and college. In all of those bands he only played guitar or bass – never fiddle. Violin was reserved for school orchestra.