Gerry Harrington's Search For The Soul Of Irish Music 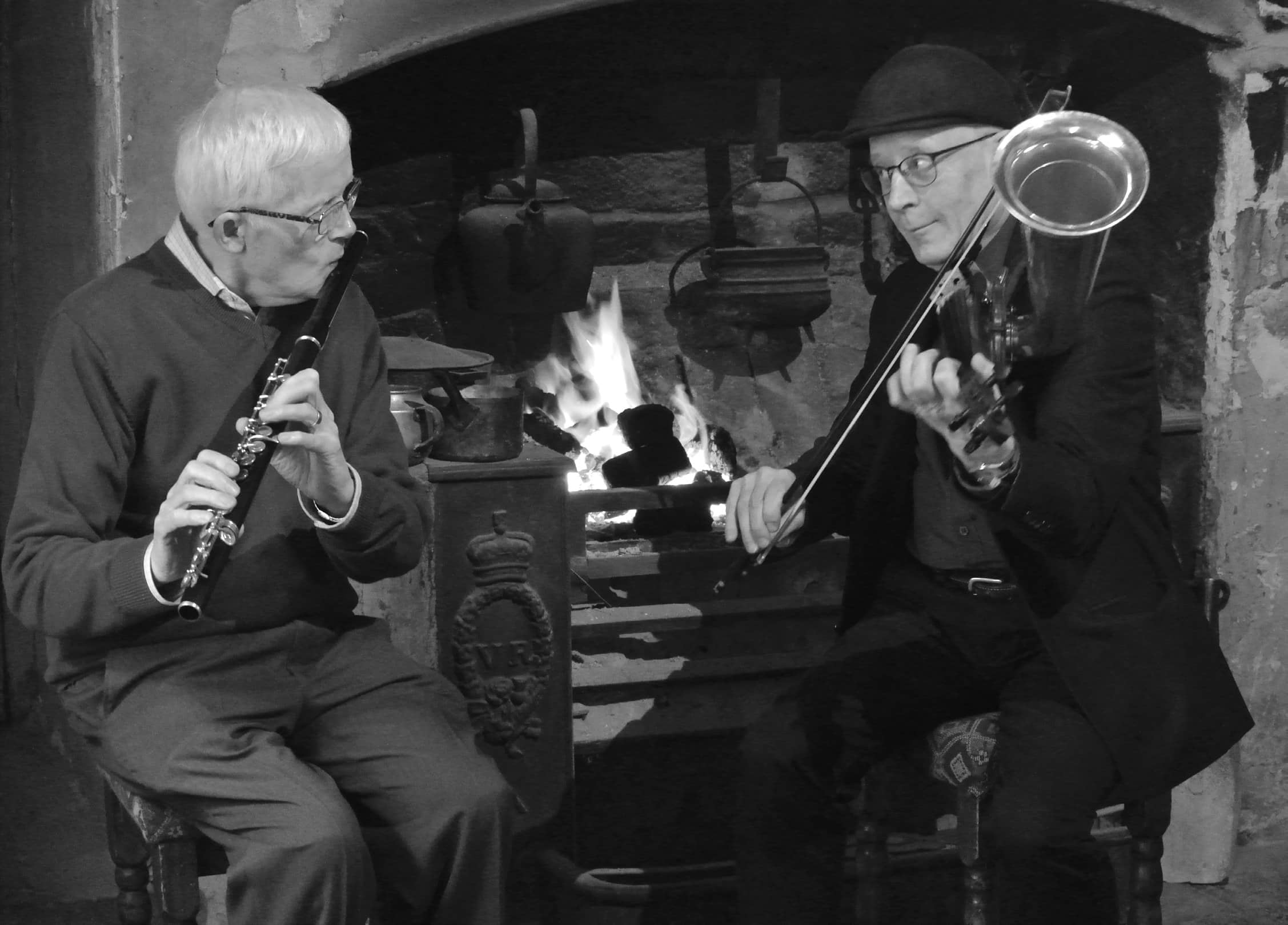 Few fiddlers, Irish or otherwise, are as sensitive or insightful interpreters of traditional music as Gerry Harrington.
Rus Bradburd

In an era where slick pyrotechnics have come into vogue, he understands that the soul and power of Irish music emanate from deep in the heart’s core. Harrington was virtually orphaned at a young age in Cork City, Ireland, when his mother was forced to give him up for adoption. He had no relationship with his birth mother as a child, though they were later reunited. Naturally, something in his psyche must have longed for her, and perhaps that is why he was attracted to music of all types. He was reared in Kenmare, a quaint small town on the edge of County Kerry, Ireland, and his adoptive parents actually discouraged him from playing music. That only made Harrington more intensely interested. “I would sing myself to sleep, and I’d be whistling all through the day,” he recalls.

Kenmare sits at one end of the Ring of Kerry, a popular tourist loop in the southwest of Ireland that is overrun with busses in the summer. A closer look at the town, however, reveals a close-knit pocket of artists and musicians. Harrington was utterly disinterested in what was popular. Instead he gravitated to two places. First, Crowely’s Pub was a regular meeting place for great musicians. Also, Harrington frequented a small-but-lively folk club run by his school art teacher, Joe Thoma. At these venues, Harrington was exposed to fiddlers like Julia Clifford, Connie O’Connell, Dennis “The Hat” McMahon, and Séamus Creagh, as well as accordion wizard Jackie Daly.

Harrington soon became enamored of the earliest recordings of Irish traditional music and the stories behind the tunes. He points out that the lively Irish pub session – where the music is most vital today – is a relatively new development anyway. “It was in London that the music was kept alive,” he says, “through the Irish immigrants who had moved there.” Unable to eke out a living in Ireland, thousands had moved to England in hopes of earning a living. There, homesick for their native land, they would gather in Irish-friendly drinking establishments and play the dance music at “sessions” that reminded them of home.

That 1960s phenomenon in London soon returned the music to a select few Irish pubs, and later to America as well. By the mid1970s, the sessions had become popular on the island where much of the music originated. Until then, traditional music had been barely kept alive, flourishing in small pockets at local dances – sometimes outdoors at the “crossroads” – and in private homes. Even before the traditional dance music became somewhat popular again, nowhere had a stronger or more distinct dance and music tradition than County Kerry.

Irish music from Kerry is unique because of the tunes and traditions that came out of a section of that county known as “Sliabh Luachra” (pronounced “Sleeve LUKE-rah, it translates as “the rushy mountain”). The godfather of that scene was a man named Padraig O’Keeffe, a roving genius who was rarely recorded. O’Keeffe died in 1963, but not before he influenced – either through word-of-mouth, lessons, or playing for dances – virtually every fiddler in the area.