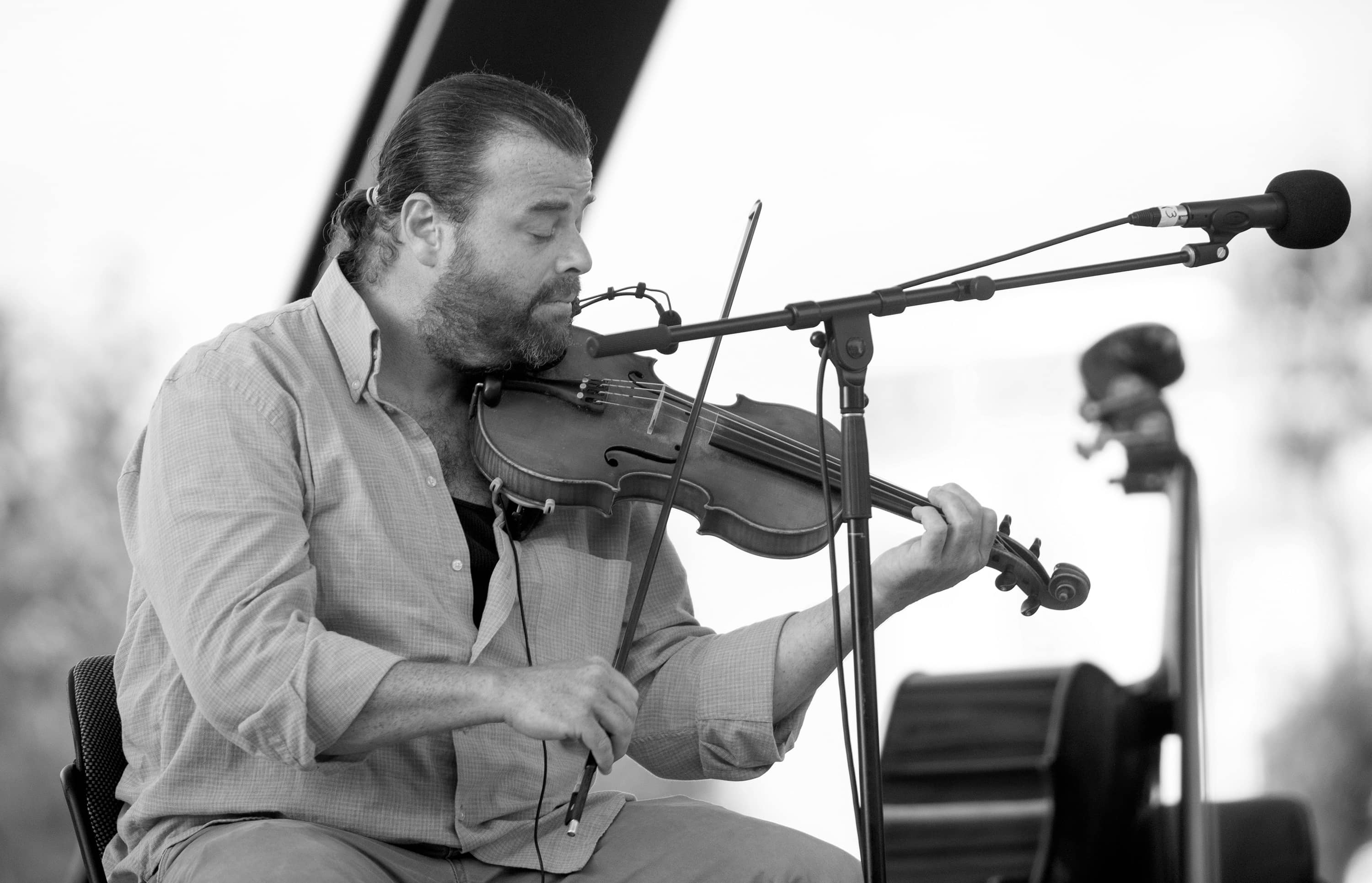 Born in Ironville, Cape Breton, Nova Scotia, Dan MacDonald grew up with the sounds of his parents and a few of his 11 siblings making music.
Mary Larsen

It wasn’t long before Dan joined in, learning traditional fiddle music at home and also taking classical lessons. The family formed a band, Scumalash (more on the name later), which toured in Europe and North America and recorded an album. Dan’s father Lloyd played fiddle (he released a CD, Aires in Bloom, at age 80); his mother Winnie played piano; brother Martin (Marty) plays cello and is a conductor; brother Shawn plays fiddle/violin; and brother Paul plays guitar and is a producer of traditional music.

For the past 15 years, Dan has made his home in Toronto, where his fiddling has taken flight. Learning many Irish tunes from the late Prince Edward Island fiddler Kim Vincent, who lived in Toronto, Dan made his way into the local session scene and has earned the respect and admiration of musicians and listeners near and far. Kevin Carr, in a Fiddler Magazine review of Dan’s album Rural/ Urban, described his playing as “always clear, always passionate, always true to its roots, always playful, and always powerful.”

We talked in late August, toward the end of a very busy summer for Dan – one that included music festivals, fiddle camps, sessions, teaching, and a trip home to Cape Breton.

How old were you when you started playing music? Did you start with fiddle?

I was probably 5 or 6, I can’t really remember when I very first started, but it was definitely about that age. I started with fiddle. Well, to tell you the truth, apparently I started with spoons. Way back when I was like 5, my dad and my brother were playing at the Rollo Bay Fiddle Festival and somebody caught footage of me playing spoons at the end of the stage with a little red hat on – that was actually part of the ad for the fiddle festival the next year. But I did start formally on the fiddle for sure.

We started with Dad’s teacher, Professor Jimmy MacDonald. He came from a musical family in North Sydney, where Dad grew up. He taught us right out of the gate – he was our first teacher. Although he was pretty crippled up with arthritis, he was still a really good teacher and director of what you were doing, so he would be the one to start off with – using the bow and reading music and stuff like that. Then I think I went to Kyle MacNeil after that. Then we had a series of teachers because my mom was really adamant about us getting formal classical lessons along with what we were doing with Dad and Shawn and the Cape Breton Fiddlers Association. She would take us all the way to Halifax [more than four hours each way], and Shawn, too, to take lessons from different teachers up there. One I remember, Peter Dunn, was really a great teacher. He taught me how to get the sound out of the fiddle. … So we went up to Halifax for lessons from different people right through our teens.

You had a family band…

Yes, Scumalash. It was my great-grandfather’s nickname, my mom’s father. He drove a delivery wagon up and down Charlotte Street in Sydney and the kids used to jump on the wagon and he used to shout that at them to get them off of the wagon. Apparently it’s some kind of Gaelic slang that means “get off” or “be careful” or something like that. 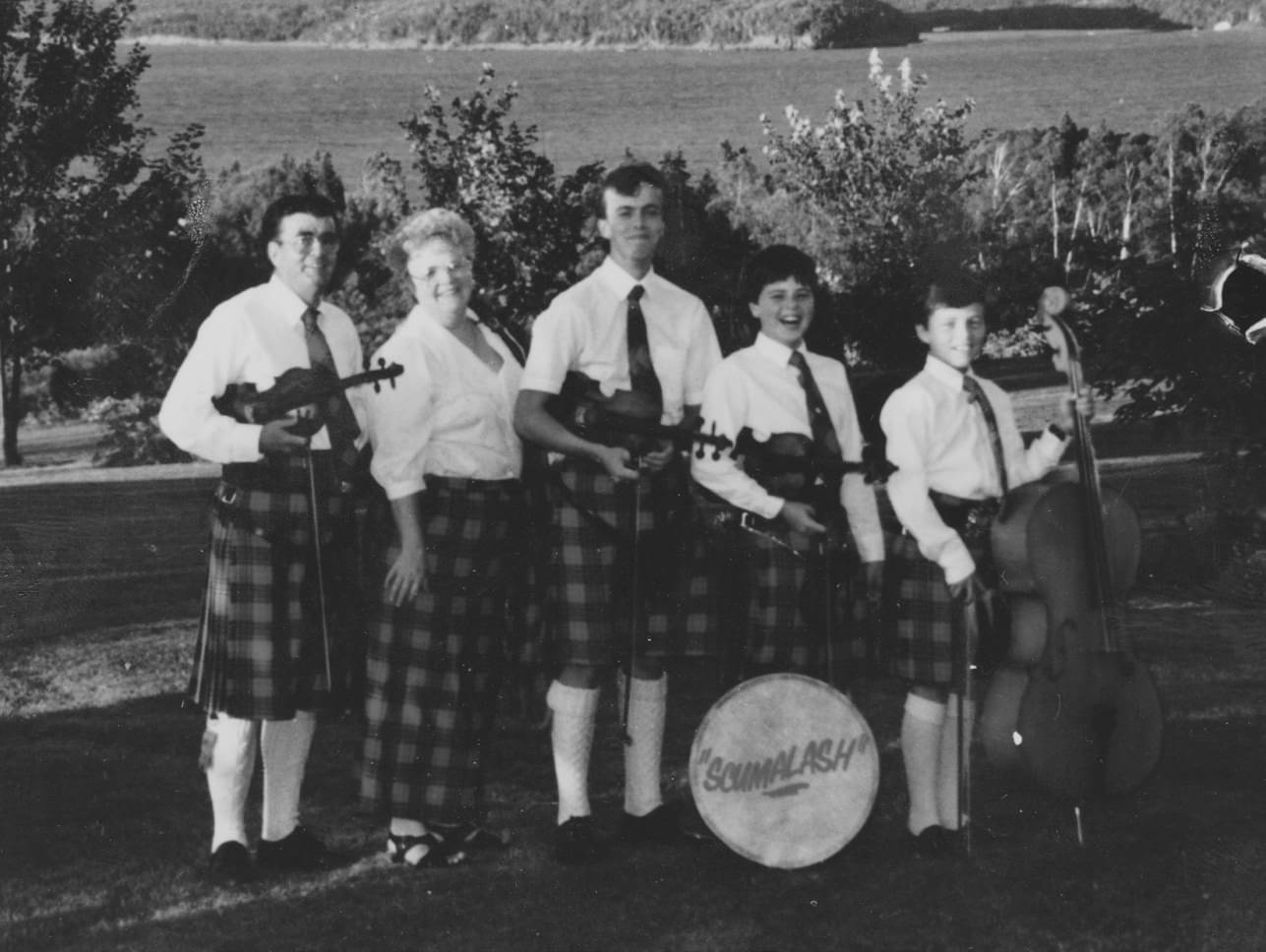 How old were you when the band was going on?

Right from age 8 or 9. I remember the first tours we did oversees were ’89 and ’90, and ’91. We went over to Scotland and England a little of France – played at festivals over there, folk clubs. We also played at highland games down in the States and mainland Nova Scotia. We used to play a lot with dance troupes, too.

I assume there was lots of music going on in the house just with your family – did you have house parties, too?

Yes, my dad used to put on lots of parties. People like Aly Bain would be there, and lots of people playing until the wee hours, with my mom trying to kick everybody out at 3 in the morning. Some of my oldest memories – all good ones. There was one year where the Calgary Fiddlers came and we had a great time – it lasted like half the night, playing tunes with all those people. I still remember that. I was just a little fella. 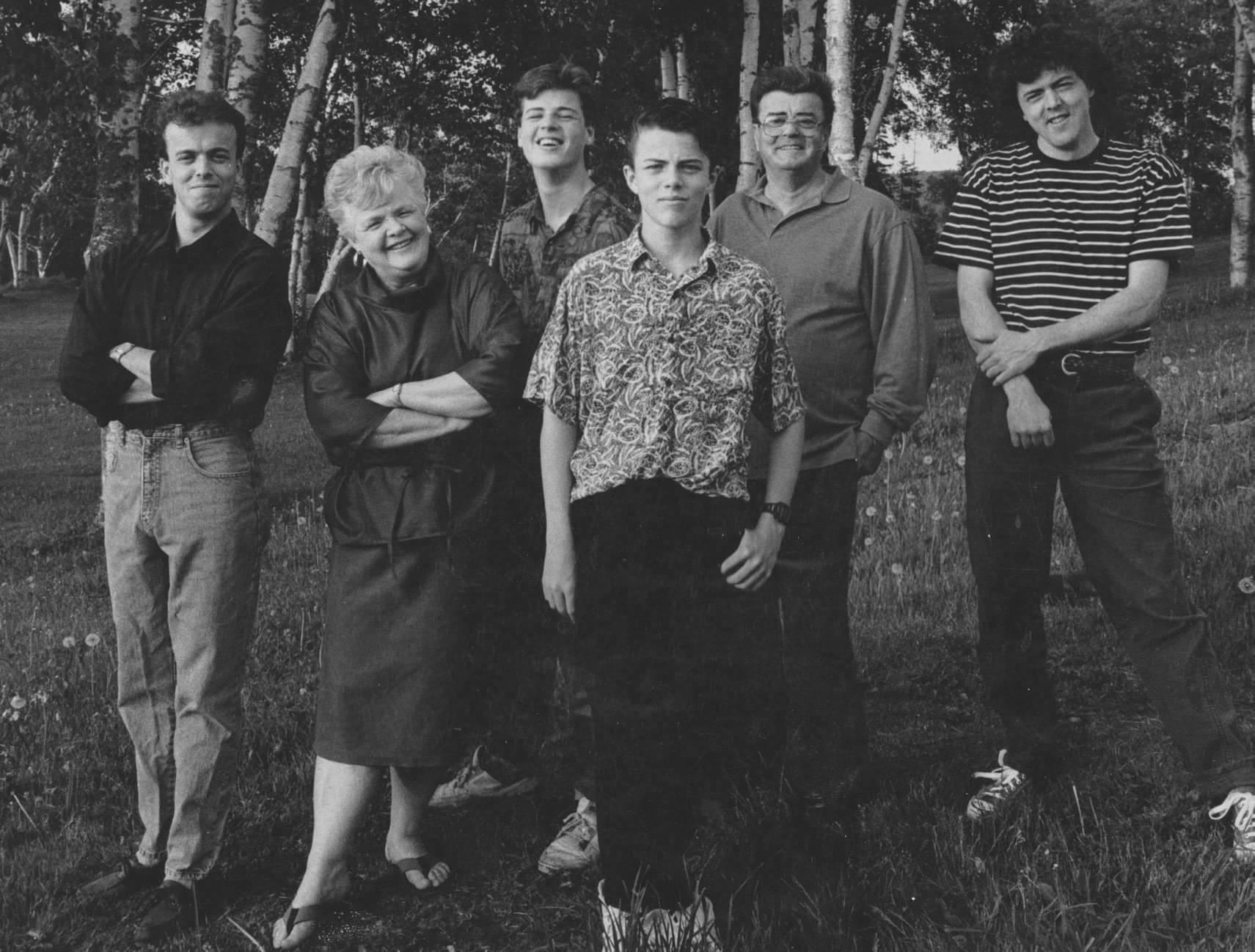 Was your grandfather also a fiddler?