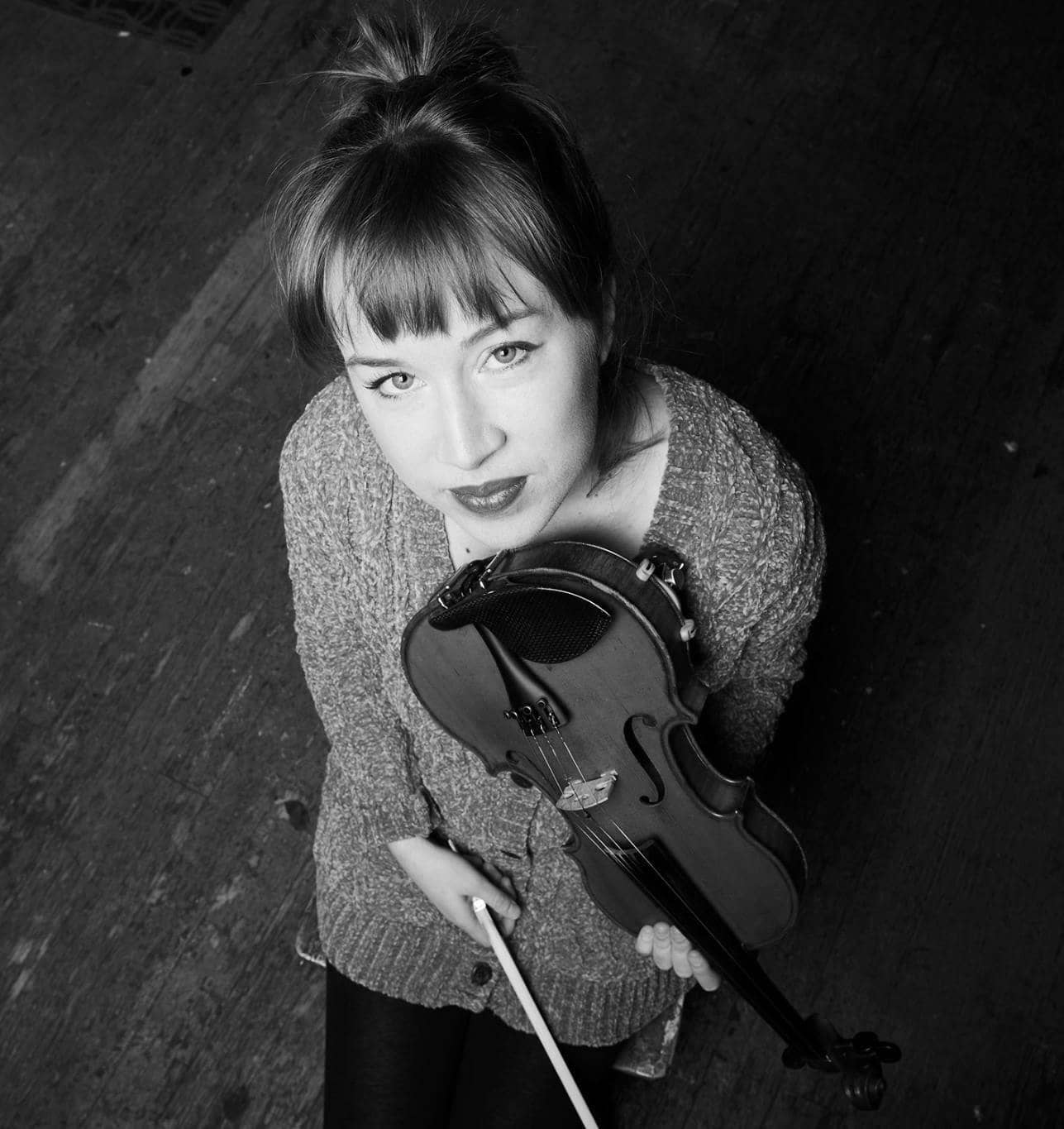 Bronwyn Keith-Hynes is a fiddler who likes to open windows, not only to hear what is out there, but also to let some of that air into the sound of her band Mile Twelve. She and her bandmates are happy having one foot in traditional bluegrass, while the other foot is dipping its toes into other genres.
Matt Merta

Bronwyn’s talent for reaching beyond the conventional has garnered her positive recognition in the bluegrass field. In 2018, she received the Momentum Award from the International Bluegrass Music Association (the band received that award the year prior), and has received accolades from such people as fiddle maestro Darol Anger and Rounder Records co-founder Ken Irwin. In 2014 she won first place in the Walnut Valley Old Time Fiddle Championship in Winfield, Kansas, and in 2015 won first place in the Freshgrass Fiddle Contest.

Growing up in Roxbury, Vermont, Bronywn vaguely remembers her first experience with the violin. “When I was 3 years old, I saw some girls busking on the street with violins. I looked at my dad and told him I wanted to do that, too. No one in my family is very musical, but my parents have always been extremely supportive and they started me on violin lessons right away.” She began studying the Suzuki method at 3, although it was not adhered to strictly. Her continued interest was the result of musical games that came from her first teacher, Sarah Hotchkiss. “I was hooked! Occasionally she would teach me fiddle tunes in addition to the Suzuki songs and I gravitated toward those a lot more.”

As Bronwyn grew older, she began taking Cape Breton fiddle lessons from Beth Telford in Vermont. “She would humor me with whatever obscure Celtic tune I wanted to learn, and if she didn’t know it, we would learn it together, which I think is so cool. That’s something I’ve carried on in my teaching.” Bronwyn would also take master classes from renowned Cape Breton fiddler Jerry Holland.

When her family moved to Charlottesville, Virginia, when she was 10, Bronwyn found little access to Cape Breton fiddling. However, she soon immersed herself in the local Irish music scene, which motivated her to travel to Ireland for the All Ireland Fiddle Championships. “My biggest Irish fiddle influences were Liz Carroll, Martin Hayes, and Sean Smyth,” she said.

Bronwyn’s teenage years included performing in a few Celtic and rock bands around Charlottesville, as well as securing a gig at