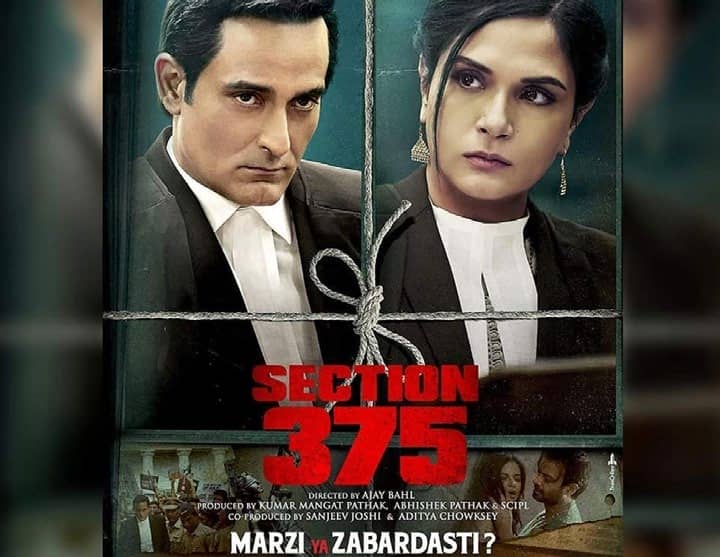 Young and dynamic film-maker, Ajay Bahl, is in news again after making the Bollywood film ‘Section 375’. Almost seven years ago, he made ‘BA Pass’, a film based on a realistic theme, focussing on struggles of young educated men in our country. Despite of his qualification and graduation, the lead character of the movie was unemployed, faced difficulties in making ends meet and got into prostitution because of his married female lover. Film earned critical praise because of its story and acting of Shilpa Shukla and Shadab Kamal. Now, he has made his second film along with producers Kumar Mangat Pathak, Abhishek Pathak and SCIPL: ‘Section 375’, which is a courtroom drama. The script is written by Manish Gupta. Section 375 is based on the said Section of Indian Penal Code, 1860, which deals with the offence of rape. The movie stars Akshaye Khanna, Richa Chadha, Rahul Bhat and Meera Chopra among others. There was a time when Bahl used to write screenplays, but not many people were interested in making films on his stories. After ‘Section 375’, he is now a familiar face in the Bollywood.