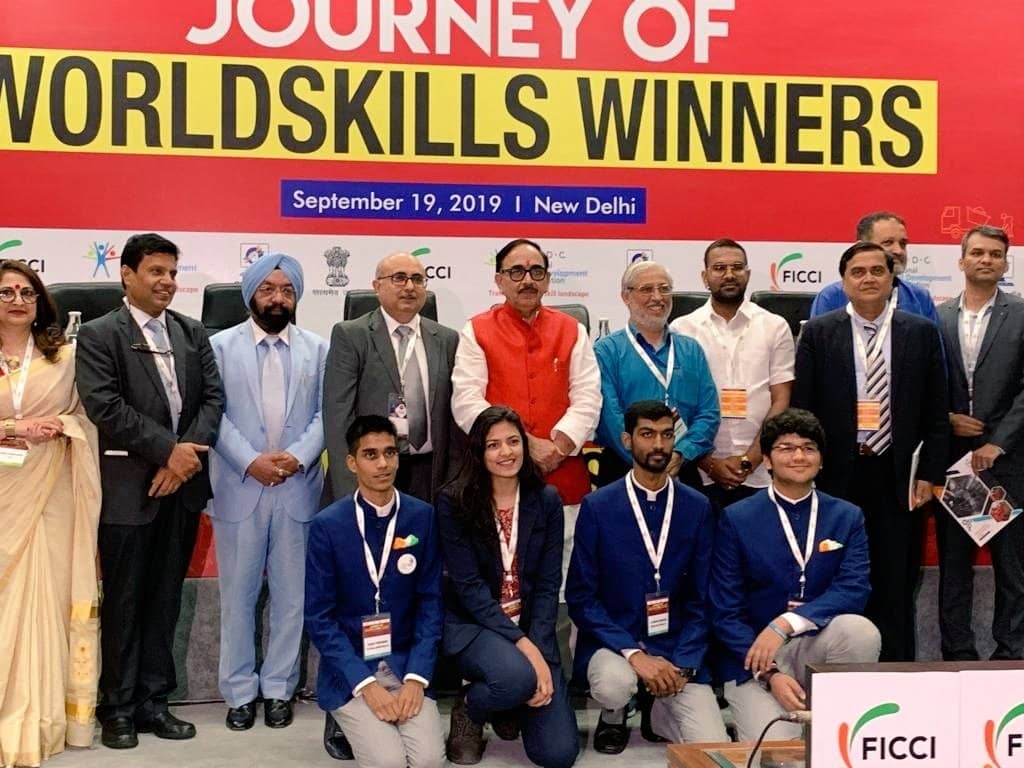 Brings alive the story of country's success in Worldskills Competition 2019

The 12th edition of Global Skills Summit spread Tover two-day (Sep 20 21) and organized by FICCI in New Delhi proved a platform of storytelling by the proud medal winners at World skills Competition 2019 as they were rewarded and celebrated. The occasion also brought into focus some of the laudable initiatives in the skills domain in the country as also food for thought and prescriptions.

The stories of all four winners, who are getting all the attention in the country that they deserve, are both inspirational and motivational at the same time. All of them have transformed into icons after the win and they are very honest in humble in admitting it is beyond their own imagination. “After coming back, when we landed in India, did the feeling of something big set in,” said Shweta Ratnapura, a student at the National Institute of Design, Ahmedabad, who won a bronze medal in Graphic Design.

25-year old Aswatha Narayana Sanagavarapu, an alumnus of CV Raman College of Engineering(CVRCE), Bhubaneswar (Odisha), who is India's first-ever gold medalist in Worldskills International Competition after winning the country's lone gold medal at the 45th WorldSkills Competition held in Russian city of Kazan from August 23-27, 2019, in fact never dreamt of the medal in the first place. “I knew this is going to be once a lifetime opportunity and I didn't think much about winning gold but concentrated on it till the very end. I stayed this course and within constraints worked to give my best without giving way to pressure of the expectations or that of the mega event,” he said while explaining his winning journey.

MORE STORIES FROM CURRICULUMView All