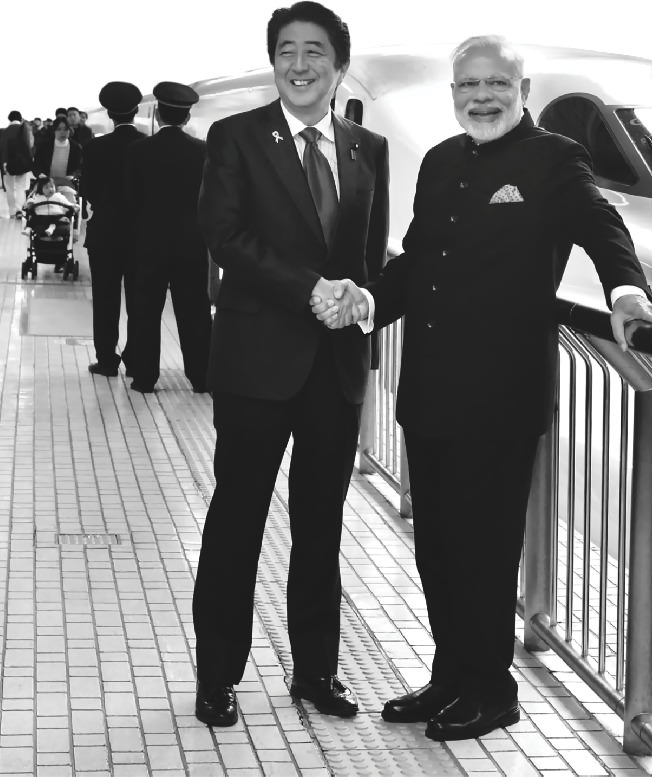 Indian Prime Minister Narendra Modi’s recent two-day (November 11-12, 2016) visit to Japan is a sign that the bilateral relationship between India and Japan is heading for newer heights. More importantly, there seems to be a palpable method to this resurgent Asian connection that does not just attempt to restore the balance of power in Asia.

The friendship between India and Japan has a long history rooted in spiritual affinity and strong cultural and civilizational ties. Over the years, the two countries have built upon these values and created a partnership based on both principle and pragmatism. Today, India is the largest democracy in Asia and Japan the most prosperous.

Throughout the various phases of history since contacts between India and Japan began some 1400 years ago, the two countries have never been adversaries. Bilateral ties have been singularly free of any kind of dispute such as ideological, cultural or territorial. The modern nation States have carried on the positive legacy of the old association which has been strengthened by shared values of belief in democracy, individual freedom and the rule of law. Some important bilateral agreements that are signed by both the countries are as follows

Prime Minister Narendra Modi signed a deal with his counterpart Shinzo Abe of Japan, on nuclear energy during his recent visit in November, 2016. Though deal has been in discussion between the two countries for six years before it was signed, the 2011 Fukushima nuclear disaster delayed it.

This is the first time that Japan signs such deal with a non-signatory of Non-Proliferation Treaty. The deal gives Japan to supply nuclear reactors, fuel and technology to India. This deal is to help in India build the six nuclear reactors planned in Delhi, to be completed by 2032.

The pact is a major achievement for India as it is Japan’s first civilian nuclear cooperation pact with a country that has not signed the nuclear Non-Proliferation Treaty. The pact provides for the development of nuclear power projects in India and thus strengthening of energy security of the country. This pact also clear that Japan has been keen to forge close links with India to counter the rise of China.

The Civil Nuclear Cooperation Pact is important because

The present agreement would open up the door for collaboration between Indian and Japanese industries in our Civil Nuclear programme.

It enables us to obtain high-quality components for nuclear reactors, especially ones that we are negotiating for with Westinghouse (Electric Co.) and (French) Areva SA. (Westinghouse Electric Company is a subsidiary of Japan’s Toshiba Corp. Areva, too, accesses key reactor components from Japanese firms).

India signed a landmark nuclear deal with the USA in 2008, clearing the path for the country to source nuclear power plants and technology from international markets. But, with Japanese companies in possession of critical technologies, such as steel shields covering a nuclear reactor core, an accord with Japan was pivotal for India.

India currently has 5.7 gigawatts (GW) of nuclear power generation capacity. This accounts for 2% of the total power capacity, but this is expected to change with a sharp increase in power generation from atomic plants over the next 16 years as Asia’s third largest economy moves away from fossil fuels for its energy needs. India’s Department of Atomic Energy’s target is to have 63GW of nuclear power capacity by 2032.

To Counter the Rise of China China openly opposed to India’s NSG membership and repeated blocking of India’s move in the UN Security Council Committee to have JeM chief Masood Azhar designated as an international terrorist. The pact will be a cement bilateral economic and security ties, as the two countries warm up to counter an assertive China.