What Would Social Media Look Like If It Served The Public Interest? 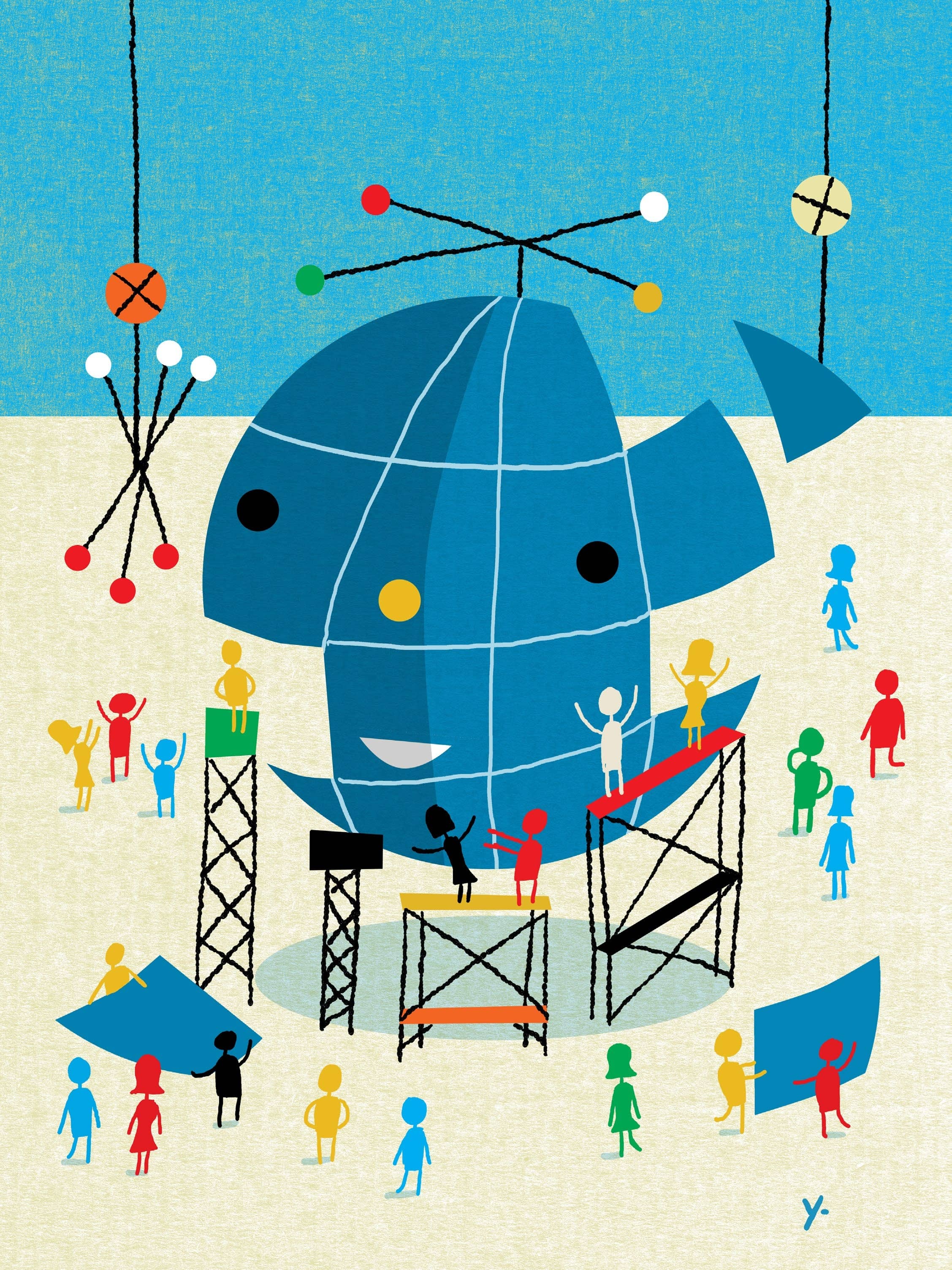 What would social media look like if it served the public interest?

Over the course of a few short years, a technological revolution shook the world. New businesses rose and fell, fortunes were made and lost, the practice of reporting the news was reinvented, and the relationship between leaders and the public was thoroughly transformed, for better and for worse. The years were 1912 to 1927 and the technological revolution was radio.

Radio began as bursts of static used to convey dots and dashes of information over long distances. As early as 1900, sound was experimentally broadcast over the airwaves, but radio as we know it—through which anyone with an AM receiver can tune in to hear music and voices—wasn’t practical until 1912, when teams around the world independently figured out how to use the triode vacuum tube as an amplifier. In the years that followed, three countries—the United States, the United Kingdom, and the Soviet Union—developed three distinct models for using the technology.

In the US, radio began as a free-market free-for-all. More than five hundred radio stations sprang up in less than a decade to explore the possibilities of the new medium. Some were owned by radio manufacturers, who created broadcasts so they could sell radio receivers; others were owned by newspapers, hotels, or other businesses, which saw radio as a way to promote their core product. But 40 percent were noncommercial: owned by churches, local governments, universities, and radio clubs. These stations explored the technical, civic, and proselytizing possibilities of radio. Then came 1926, and the launch of the National Broadcasting Corporation by the Radio Corporation of America, followed in 1927 by the Columbia Broadcasting System. These entities, each of which comprised a network of interlinked stations playing local and national content supported by local and national advertising, became dominant players. Noncommercial broadcasters were effectively squeezed out.

In the Soviet Union, meanwhile, ideology prevented the development of commercial broadcasting, and state-controlled radio quickly became widespread. Leaders of the new socialist republics recognized the power of broadcasting as a way to align the political thinking of a vast land populated primarily by illiterate farmers. Radio paralleled industrialization: in the 1920s, as workers moved to factories and collective farms, they were met with broadcasts from loudspeakers mounted to factory walls and tall poles in town squares. And once private radios became available, “wired radio”—a hardwired speaker offering a single channel of audio—connected virtually every building in the country.

The United Kingdom went a different route, eschewing the extremes of unfettered commercialism and central government control. In the UK’s model, a single public entity, the British Broadcasting Company, was licensed to broadcast content for the nation. In addition to its monopoly, the BBC had a built-in revenue stream. Each radio set sold in the UK required the purchase of an annual license, a share of which went to fund the BBC. The BBC’s first director, John Reith, was the son of a Calvinist minister and saw in his leadership a near-religious calling. The BBC’s mission, he thought, was to be the British citizen’s “guide, philosopher, and friend,” as Charlotte Higgins writes in This New Noise (2015), her book on the BBC. Under Reith, the BBC was the mouthpiece of an empire that claimed dominion over vast swaths of the world, and it was socially conservative and high-minded in ways that could be moralistic and boring. But it also invented public service media. In 1926, when a national strike shut down the UK’s newspapers, the BBC, anxious to be seen as independent, earned credibility by giving airtime to both government and opposition leaders. Over the subsequent decades, the BBC—rechristened the British Broadcasting Corporation in 1927—has built a massive international news-gathering and distribution operation, becoming one of the most reliable sources of information in the world.

Those models, and the ways they shaped the societies from which they emerged, offer a helpful road map as we consider another technological revolution: the rise of the commercial internet. Thirty years after the invention of the World Wide Web, it’s increasingly clear that there are significant flaws in the global model. Shoshana Zuboff, a scholar and activist, calls this model “surveillance capitalism”; it’s a system in which users’ online movements and actions are tracked and that information is sold to advertisers. The more time people spend online, the more money companies can make, so our attention is incessantly pulled to digital screens to be monitored and monetized. Facebook and other companies have pioneered sophisticated methods of data collection that allow ads to be precisely targeted to individual people’s consumer habits and preferences. And this model has had an unintended side effect: it has turned social-media networks into incredibly popular—some say addictive—sources of unregulated information that are easily weaponized. Bad-faith actors, from politically motivated individuals to for-profit propaganda mills to the Russian government, can easily harness social-media platforms to spread information that is dangerous and false. Disinformation is now widespread across every major social-media platform.