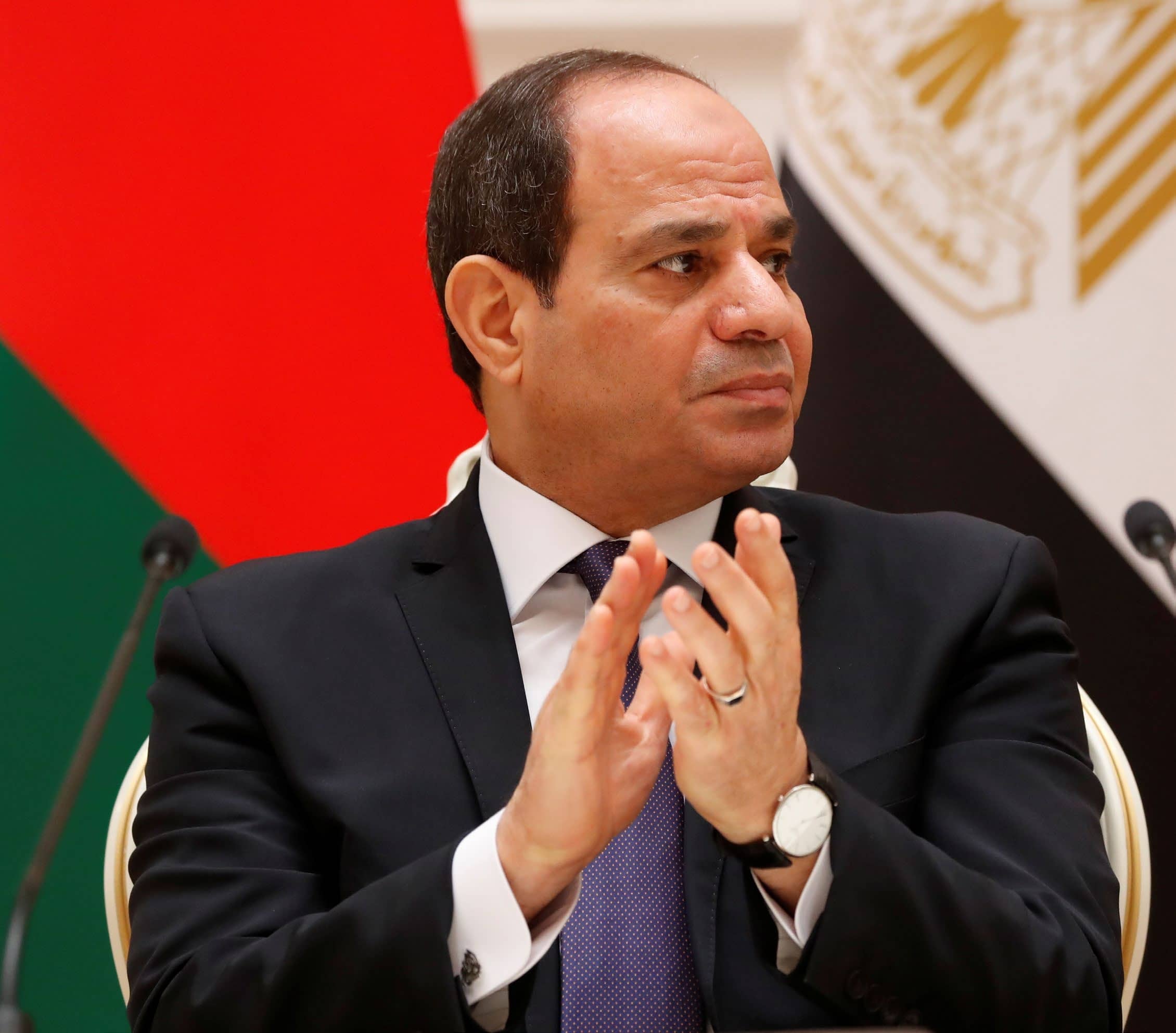 One country’s legislative assault on the press

What Mohamed Soltan still can’t get over, six years later, is the smell. He rubs his fingers together, trying to conjure the odor, “of smoke mixed with tear gas and the iron smell of blood.” In 2013 he was a twenty-five-year-old graduate of the Ohio State University, living in Cairo in the chaotic days after a popular uprising had unseated Hosni Mubarak from Egypt’s presidency and a military council had taken over. But Soltan wasn’t like other Egyptian-American expats or some of the foreign correspondents he’d met that year who cheered when, in July, a military coup ousted the newly sworn-in president, Mohamed Morsi, of the Muslim Brotherhood. Soltan disdained outsiders parachuting in, looking for the most radical Islamist leader to give them a sound bite so that they could file their story, denounce the Muslim Brotherhood, and move on.

He wasn’t a Morsi supporter, either. Not like his father, a senior figure affiliated with the Muslim Brotherhood and a professor at Cairo University who wrote treatises on Islam and the dangers of globalization to the Muslim family. Soltan was more moderate. And he had an idea: if these foreign journalists just spent time in Rabaa Square, where opponents of the coup had set up camp to protest Morsi’s removal, they would see that the activists represented varied interests and beliefs. (The group included some armed and violent protesters, but the vast majority of those assembled were peaceful.) So, during a sit-in lasting six weeks, Soltan joined the encampment’s media center. He crisscrossed the square, through its tent city, taking in the majestic mosque in the center, the vendors hawking skewers of grilled chicken, the stage where speakers recited from the Koran. He accompanied journalists from CNN, the BBC, Reuters, and Al Jazeera, trying to help them portray a nuanced view of the scene.

Then, in the early hours of August 14, gunfire erupted. There had been warnings before that the army was approaching, but those turned out to be rumors. Now, for more than eleven unspeakable hours, bullets flew from all directions. Even from the sky—snipers reportedly took positions in military helicopters. Soltan grabbed a gas mask, ducked behind the stage, and watched as an Al Jazeera cameraman was shot dead next to him. When the network’s crew tried to remove the man’s helmet and place it on another cameraman, so they could keep recording, Soltan saw that the helmet was smeared with blood and brain tissue.

The whole time, he was taking pictures and live-tweeting what he saw. Then a bullet struck his left arm, “and it felt like being punched by the Hulk,” he says. The field hospital on the square—set up mostly to treat dehydration and suffocation—was so overwhelmed with casualties that Soltan felt guilty when he asked for painkillers. By the time the Rabaa massacre, as it came to be known, was over, more than a thousand protesters had been killed in what “likely amounted to crimes against humanity,” according to Human Rights Watch.

Soltan wandered the streets of Nasr City in a daze, nursing his injured arm, not quite believing what had just happened. Several days later, he underwent an emergency operation, in which two thirteen-inch metal nails were inserted into his arm. Then he needed a change of clothes. Specifically, he needed his American boxer shorts, because after a few months in Egypt he still couldn’t figure out Egyptian sizes; the ones he had been wearing chafed. Three journalist friends helped him make his way to his parents’ home. Shortly after 7pm, on August 25, a special-forces team raided the house, looking for Soltan’s father. Upon discovering that he wasn’t there, they arrested Mohamed and the other journalists. But the officers had only one pair of handcuffs, so they used it on Mohamed and tied up his friends with Mohamed’s American boxers.

Down at the police station, in a room known as “the fridge,” which was devoid of seats, windows, or light, Soltan was interrogated for hours about his tweets and his work with Western media outlets. He was blindfolded and beaten. Then he was jailed on charges of spreading false information and belonging to a terrorist organization—his case lumped together with those of more than thirty other people, including an influential activist-blogger and members of the Muslim Brotherhood. (The count would later mushroom to fifty-one, including Soltan’s father.) “When there was international pushback, they sprinkled onto our case some Muslim Brotherhood leadership to make it toxic and give it a scary name,” Soltan tells me, his lips knotting in an ironic smile. “And it worked.” Later, when Soltan was sentenced to life in prison, analysts would remark that mass trials had become a trademark of Abdel Fattah El-Sisi, the new president, who, after vanquishing Egypt’s Islamist opposition, commenced a crackdown on journalists and intellectuals for spreading “fake news.”

Since then, Donald Trump has made “fake news” a rallying cry against media he dislikes. And social media platforms like Facebook and Twitter, which helped bring about Trump’s election, have revealed a tendency toward mendaciousness, as well as a need for oversight. Countries around the world have dashed to regulate against disinformation: Germany, France, Australia, Canada. Yet many countries have been blatantly underhanded, using the rush to implement onerous restrictions against journalists—see Cameroon, Rwanda, and Singapore. Uganda implemented a tax on social media use; bloggers in Tanzania are required to pay authorities to license their sites; Kenya passed a cybercrime law against the dissemination of “false” or “fictitious” news. These laws are paradoxical, deployed overwhelmingly by repressive regimes to target, censor, and imprison journalists who aim to cover fact.

In Egypt, we can see, already, where that leads. Since Sisi was reelected, last March, he has built on a foundation of policies that trample dissent like Soltan’s and created a set of draconian new laws that make “disinformation” criminal. On the one hand, there is the appearance of legitimacy, in that spreading false statements is now banned by a constitutional amendment cloaked in democratic language about the need to preserve the country’s “national fabric” and root out “discrimination, sectarianism, racism.” On the other hand, the assault on independent journalism has become furiously brazen. As leaders around the world take aim at “fake news,” Egypt’s efforts may be the most brutal, and the most foreboding.

Soltan and the journalists arrested with him after the Rabaa massacre were targets of the first sweeping imprisonment under false-information charges in the era that ushered in Sisi. But perhaps the most infamous case came four months later, with the arrest of three journalists working for Al Jazeera: Peter Greste, an Australian; Mohamed Fahmy, a Canadian; and Baher Mohamed, an Egyptian. After a trial—widely considered a sham and an embarrassment for the government, featuring video “evidence” that the three had never shot and a team of so-called experts who broke under cross-examination—they were each sentenced to at least seven years in prison in what the Obama White House said represented “the prosecution of journalists for reporting information that does not coincide with the government of Egypt’s narrative.” These cases marked the beginning of what would become a staple of the Sisi regime: the relentless pursuit of legal means by which to silence, intimidate, and crush independent voices.

Under Mubarak, there had been no official censorship mechanism. Analysts say that two restrictions were in place: there could be no reporting on the president’s health and no criticism of the military. In 2007, the editor in chief of Al-Dustour, a daily, was arrested for publishing “false information and rumors” about Mubarak’s declining health and was convicted of damaging public security and the Egyptian economy because of it. But the case was a rarity. Journalists were free, for the most part, to report critically without facing retribution.