BEING NON-BINARY AT WORK 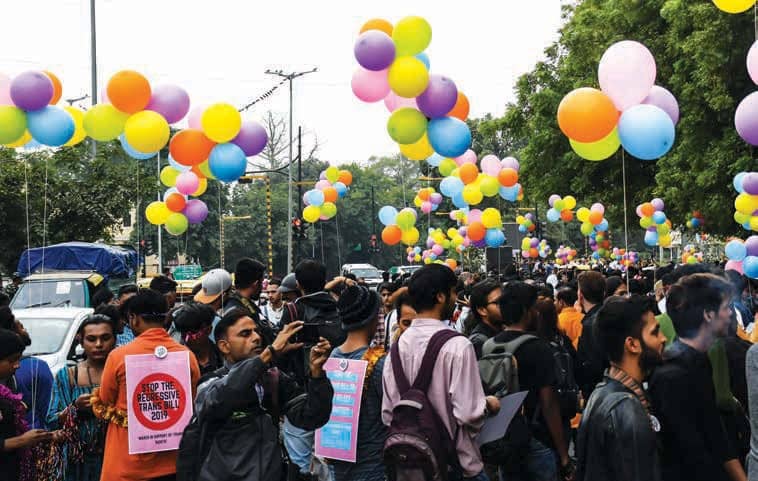 A new consultancy is helping members of the LGBTQI+ community find work in friendly firms. But many participants of a job fair in February had already had bruising experiences at the workplace.

Shane Das, 18, had to leave his home in Allahabad to save the family from embarrassment. What bothered his family were his effeminate ways and his love for bangles and saris.

Fed up with the stigma attached to his non-binary identity – one that does not fit squarely into a ‘female’ or ‘male’ gender category – Das decided to start afresh in a new city, new job and new life. He moved to Delhi in December in search of opportunities and freedom only to face more humiliation.

With rising unemployment in the country, job opportunities for the marginalised sections of society have shrunk even further. Criticism and ridicule have made doubly difficult for the LGBTQI+ community – its members are lesbian, gay, bisexual, transgender, queer, intersex and others – to pursue a dignified career. “I wanted to break free from the family which tried to stifle my voice and existence,” said Das, attending a job fair for LGBTQI+ people. “I moved to Delhi in the hope that I will get to lead a dignified life. But, even here I am called names and ridiculed because I don’t fit their definition of a man.”

To help them out, Pride Circle, a job consultancy with a focus on this community, organised an event, Reimagining Inclusion for Social Equity, or RISE, which included a job fair on February 22. The Delhi event saw 20 companies and scores of applicants participating. The companies included Accenture, HSBC Bank, KPMG, The Lalit and others offering roles in information technology, hospitality, banking and finance.

Even before he finished his Class 12, Das was asked to leave the city. He could return only to write the exams.

He managed to land a job in a human resources consultancy company almost immediately after coming to Delhi but the experience has been harsh.