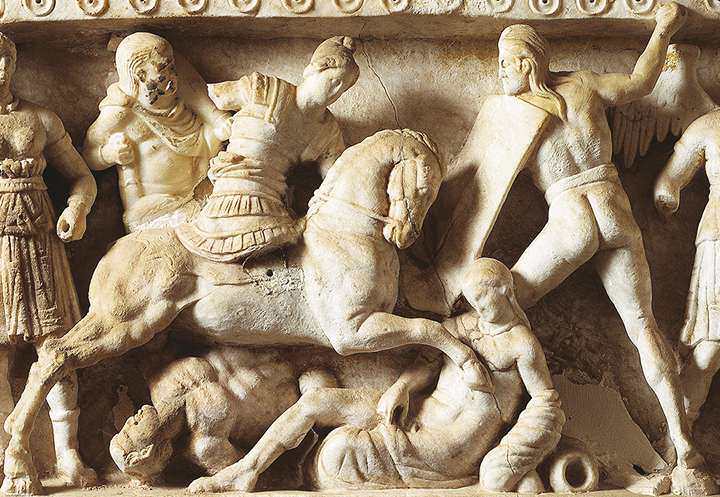 One of Caesar’s ‘greatest’ achievements was the conquest of Gaul, successfully overcoming the tribes that inhabited an area spanning much of western Europe. Between 58 and 52 BC, Caesar’s war against the barbarians at Rome’s north-western frontier caused the deaths of more than a million innocent men, women and children, many more being enslaved in the process.

At the end of it all, Gaul became one of the most thoroughly Roman of all European provinces – there being little of the indigenous population left with the will to resist.